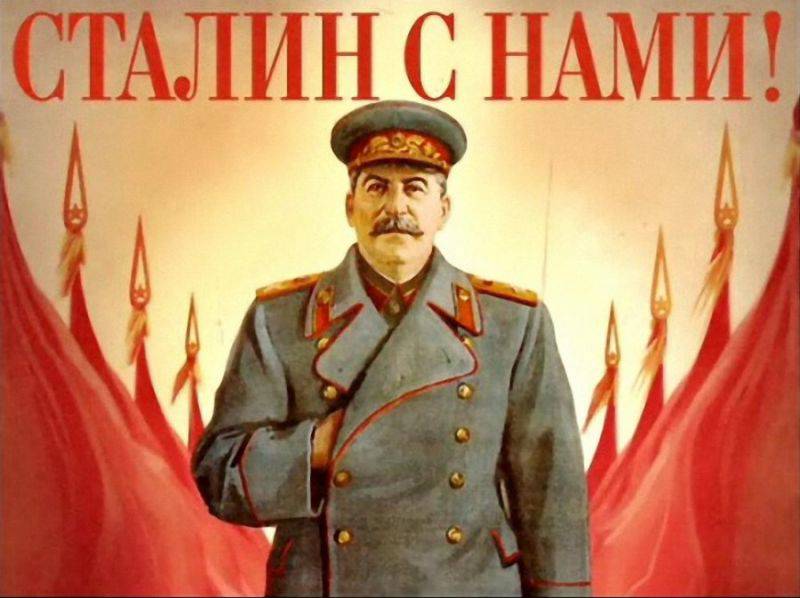 Surprisingly accurate predictions left descendants I.V. Stalin, some of whom have already turned. Prophetic prediction I.V. Stalin on Russia - the USSR, the Russian people and the East (quoted by R. Kosolapov’s article, “What is the truth about Stalin?”. Pravda newspaper, July 4, 1998).

On the very eve of the war with Finland, JV Stalin invited the famous revolutionary Alexander Kollontai, the daughter of the tsarist general, who was plenipotentiary ambassador to Sweden (1930 - 45), to his office for a talk. The conversation was very trusting and made an extraordinary impression on AM Kollontai. “Coming out of the Kremlin, I did not go, ran, repeating, so as not to forget what Stalin said. Going into the house ... began to write. It was already deep night ... An indelible impression! I took a different look at the world around me. (To this conversation) I turned mentally many, many times already during the war and after it, reread, and always found something new ... And now, as a reality, I see Stalin's office in the Kremlin, it has a long table and Stalin ... Goodbye , he said:
- Be brave. Hard times are coming. They need to be overcome ... Overcome. Be sure to overcome! Strengthen health. Temper in the fight.

The record of this conversation with I. V. Stalin was found in A. M. Kollontai's diaries, which she kept for a long time. For the first time, these archival extracts were published by the historian and biographer A.M. Kollontai, doctor historical Sciences MI Trush in cooperation with prof. R. I. Kosolapov in the journal "Dialogue" for 1998
I. V. Stalin said:

“Many of the affairs of our party and people will be perverted and spat upon, primarily abroad, and in our country too. Zionism, striving for world domination, will cruelly revenge us for our successes and achievements. He still regards Russia as a barbarous country, as a raw materials appendage. And my name will also be slandered, slandered. I will assign a lot of atrocities.
World Zionism will strive with all its might to destroy our Union so that Russia can never rise again. The strength of the USSR is in the friendship of nations. The edge of the struggle will be directed, first of all, at breaking this friendship, at separating the borderlands from Russia. Here, I must admit, we have not done everything. There is still a large field of work.

Nationalism will raise its head with particular force. He will crush internationalism and patriotism for a while, only for a while. National groups within nations and conflicts will arise. Many pygmy leaders will appear, traitors within their nations.
In general, in the future development will go more difficult and even frantic ways, turns will be extremely steep. It goes to the fact that the East is especially excited. There will be sharp contradictions with the West.
And yet, no matter how events unfold, time will pass, and the views of new generations will be turned to the deeds and victories of our socialist Fatherland. Year after year, new generations will come. They will again raise the banner of their fathers and grandfathers and give us their due in full. They will build their future on our past. "

Further, according to this diary entry, JV Stalin said:

Ctrl Enter
Noticed oshЫbku Highlight text and press. Ctrl + Enter
We are
About Stalin and KhrushchevThe value of Stalin for modern society. Round table
869 comments
Information
Dear reader, to leave comments on the publication, you must to register.