And after the executions in Saudi Arabia, the West will continue to humiliate itself before the monarchy? (The Independent, UK) 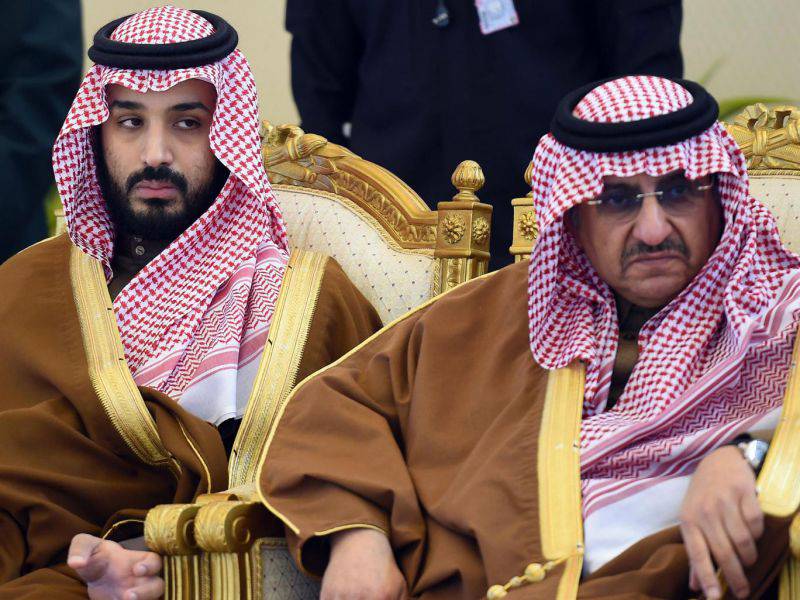 The public mass execution in Saudi Arabia, during which 47 people were beheaded, including the influential Shiite preacher Sheikh Nimr Bakr al-Nimr, was fully consistent with ISIL crimes. Perhaps this was the point. This incredible slaughter on the land of the Sunni Muslim monarchy — undoubtedly, intended to anger the Iranians and the entire Shiite world — has further inflamed the religious conflict that ISIS has been hard pressed upon.

The only thing missing was the execution video, although all the 158 executions that occurred in Saudi Arabia last year fully corresponded to the Wahhabi teachings of the Islamic State. The Macbet “blood for blood” can undoubtedly be applied to the Saudis, whose “war on terrorism” now seems to justify any blood, both Sunni and Shiite. But how often are the angels of God the All-Merciful being the current Minister of the Interior, Crown Prince Mohamed bin Nayef?

Sheikh Nimr was not just an ordinary preacher. He spent many years as a theologian in Tehran and Syria, was a highly respected Shiite Friday prayer leader in Eastern Saudi Arabia, who did not side with any political parties, but demanded free elections and was often imprisoned and tortured. that opposed the Sunni Wahhabi government of Saudi Arabia. Sheikh Nimr said that words are stronger than violence. And the statement of the Saudi authorities that this punishment did not bear the imprint of interfaith struggle — both Shiites and Sunnis were beheaded — this explanation is typical of ISIL rhetoric.

After all, ISIS militants execute Sunni "apostates", Syrian Sunnis, and Iraqi soldiers as easily as they kill Shiites. If Sheikh Nimr had fallen into the hands of ISIS militants, they would have treated him just as the authorities of Saudi Arabia had treated him — albeit without the farce of a pseudo-legal court opposed by Amnesty International.

However, these executions were not only a manifestation of Saudi hatred towards the spiritual leader, who rejoiced at the death of the former Interior Minister of Saudi Arabia - Mohammed bin Nayef’s father, crown prince Nayef Abdul-Aziz al-Saud - expressing hope that "worms will eat him and threaten all the torments of hell after death." The execution of Nimr will provoke a new Hussite uprising in Yemen, which Saudi Arabia invaded this year and where she began her bombing campaign in an attempt to destroy the power of the Shiites there. She already enraged the Shiite majority of Bahrain. And the spiritual leaders of Iran said that this penalty will result in the overthrow of the royal family of Saudi Arabia.

This execution will put the West before the most delicate problem of the Middle East - facing the continuing need to cringe and humiliate the rich and autocratic monarchs of the Gulf countries as opposed to mildly expressing their concern for the grotesque execution of the enemies of the Kingdom. If ISIL militants had cut off the heads of Sunnis and Shiites in Raqqa - especially if they executed the Shiite preacher Sheikh Nimr - we would be sure that David Cameron would have already written on Twitter about his indignation. However, a person who ordered to lower the British flag in connection with the death of the last king of this Wahhabi state will avoid sharp expressions in every way by commenting on this execution.

No matter how many Al-Qaeda Sunnis are executed by Saudi executioners, Washington and European capitals inevitably face one question: is Saudi Arabia really trying to destroy the foundations of the Iranian nuclear agreement, forcing its Western allies to support such atrocities? In the world in which they live - where the young Minister of Defense, who invaded Yemen, has a sharp antipathy towards the Minister of the Interior - the Saudis continue to boast of their participation in an “anti-terrorist” coalition that includes 34 predominantly Sunni states, which must form a legion of Muslim opposing the "terror".

The execution of 47 people in Saudi Arabia was undoubtedly a completely unprecedented way to celebrate the New Year - and almost as spectacular as the luxurious fireworks in Dubai that took place despite the fire in one of the best hotels in the Emirates. If we ignore the political background of what happened, another obvious question arises concerning the permanent dynasty of the Saudis: have the rulers of the Kingdom gone crazy?

Ctrl Enter
Noticed oshЫbku Highlight text and press. Ctrl + Enter
We are
Bronze Age MassacreSaudi monarchy provokes war in the Gulf
97 comments
Information
Dear reader, to leave comments on the publication, you must to register.