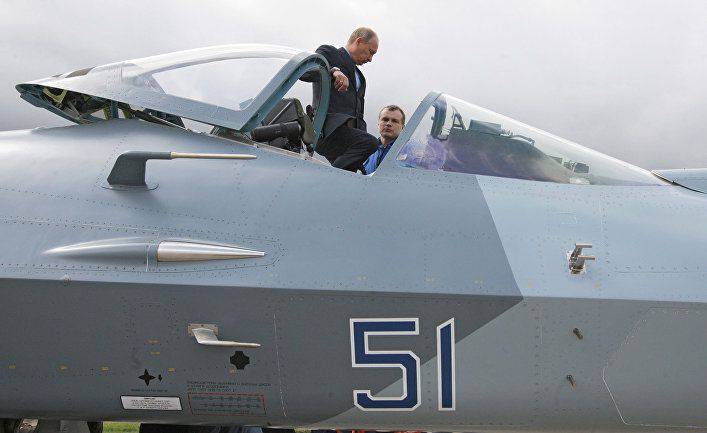 The US finally recognized that Russia is doing everything right

Washington has long criticized the actions of Vladimir Putin in the Middle East, accusing the Russian leader of helping the extremely ambiguous regime of Bashar al-Assad.

However, one American intelligence official said on condition of anonymity that Russian air strikes were effective in terms of combating terrorism.

This American intelligence officer told Reuters: "The Russians did not rush there at all blindly: by paying their price, they gained certain advantages."

According to the Kremlin, despite the fact that since the start of the air campaign, the Russian military conducted more than 5 thousands of air strikes, they have suffered almost no losses.

This campaign turned out to be quite profitable for Moscow and financially.

The annual defense budget of Russia is 54 billion dollars, however, according to Russian officials, the Syrian campaign costs the country about 1 – 2 billion dollars a year.

One senior American official said: "Undoubtedly, with the military support of Russia, the Assad regime is safer than before."

However, according to experts, the successes of Russia in the war with ISIS in Syria lead to the weakening of opponents of the besieged Syrian President Assad.

Since the beginning of the Syrian civil war in 2011, Mr. Putin has been an ally of Assad. Both leaders pledged to crush the Islamic State, which now controls vast tracts of Syrian territory.

The United States and its allies argue that the withdrawal of Assad from power is a key condition for the start of a long peace process in Syria.

At the moment, Russia along with some other countries is conducting military operations in Syria, aimed at destroying ISIS after the November terrorist attacks in Paris, as a result of which 130 people died.

According to the Soufan Group, a New York-based organization, more than 800 citizens of Russia are fighting on the side of ISIL in Iraq and Syria. In this regard, Saudi Arabia and Tunisia also occupy high positions in the list of countries whose citizens join the ranks of ISIL: on the side of this terrorist group, 2,5 and 3 are fighting thousands of citizens of these countries, respectively.

For many years, Russia had to tackle the serious problem of terrorism at home. Moscow has long been in extremely tense relations with the predominantly Muslim population of the North Caucasus, which is fighting for its full independence.

According to experts, many citizens of the Caucasian states have joined ISIS in the Middle East and pose a serious threat to the security of Russia if they return to their homeland.

Although the Kremlin is doing everything possible to eliminate the threat from ISIS in Syria, some reports suggest that Moscow deliberately exports questionable people to fight on the side of ISIL, and that for her it is a way to get rid of the terrorist threat inside their boundaries.

According to data provided by Syrian Humans Rights Watch earlier this year, more than 320 thousands have already died in the Syrian civil war.

Ctrl Enter
Noticed oshЫbku Highlight text and press. Ctrl + Enter
We are
Situational analysis of the death of the MH17 flight (Malaysian Boeing 777), made on the basis of engineering analysis from 15.08.2014Syria: Americans scare themselves, and Asma Asad buys chairs
Military Reviewin Yandex News
Military Reviewin Google News
38 comments
Information
Dear reader, to leave comments on the publication, you must to register.