January 4 2016
116
The air defense force in the Moscow region received a new regimental set of “Triumph” missile systems, RIA News message of the Ministry of Defense of the Russian Federation. 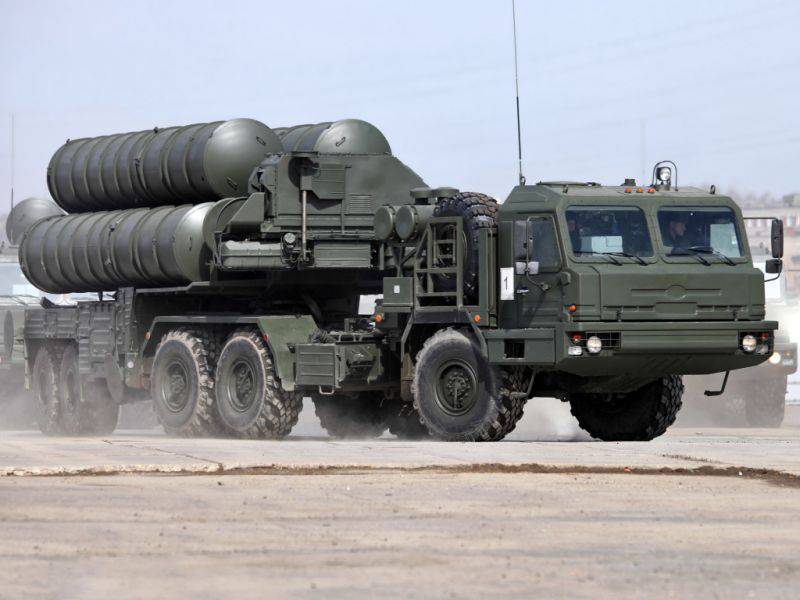 “After the pilot combat firing at the Kapustin Yar proving ground (Astrakhan region), the C-400 Triumph regimental kit of the air defense system entered the armament of one of the air defense units of the VKS deployed in the Moscow region,” the release said.

It is noted that "during tests of C-400, military personnel with high accuracy hit more than 10 missile targets that simulate ballistic, low-altitude, and operational-tactical conventional air targets throughout the entire range of altitudes and speeds."

Meanwhile, the agency’s source in the military-industrial complex announced on Sunday the imminent completion of tests of the increased-range missile for the C-400 system.

“Rocket tests are completed. This rocket will allow to fully realize the capabilities of the system, ”he said.

“The rocket will provide the maximum range of defeat,” said the source. - The complex will actually be equipped with all types of missiles, which are registered in the TTZ (technical and tactical mission). "

For the first time, Sergei Babakov, the chief of the anti-aircraft missile forces of the Air Force, reported on tests of a new missile in July last year. Then he expressed confidence that "the tests will be successfully completed soon."

Each C-400 Triumph SAM provides simultaneous firing at up to 36 targets with guided missiles at them up to 72. The system was adopted by the Armed Forces of the Russian Federation in the 2007 year. "

Ctrl Enter
Noticed oshЫbku Highlight text and press. Ctrl + Enter
We are
The first buyer of C-400 "Triumph" was ChinaAt the Kapustin Yar test site in 2012, they plan to test around 70 weapons models
Military Reviewin Yandex News
Military Reviewin Google News
116 comments
Information
Dear reader, to leave comments on the publication, you must to register.