The moment of truth has arrived for Germany

January 5 2016
64
On January 1, the Federal Republic of Germany became the chairman of the Organization for Security and Cooperation in Europe (OSCE) for a period of one year, replacing Serbia for rotation. The OSCE was founded in 1975 at the Conference on Security and Co-operation in Europe, held in the Finnish capital Helsinki. The organization includes 57 states. In addition to European countries, these are the USA, Canada, the republics of the former USSR and Mongolia. For the first time, the FRG chaired the OSCE in the significant year for Russians 1991. Sociologists believe: generations in the country are updated for twenty-five years. This means that a whole generation of Germans changed before Germany once again officially headed the European security and cooperation policy. 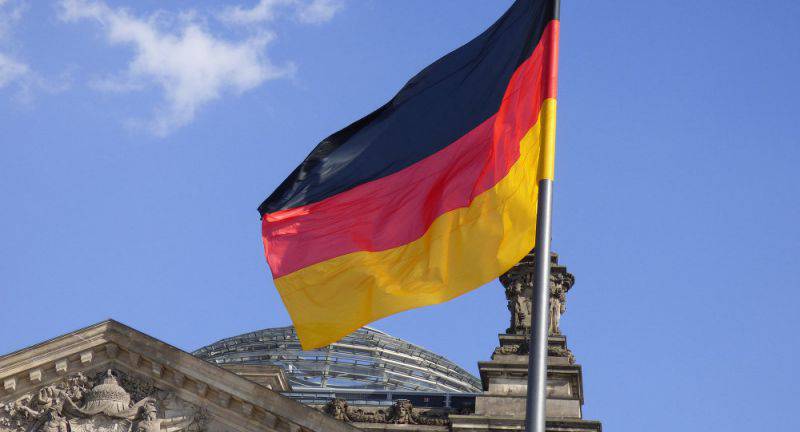 Over the past quarter century, the Federal Republic of Germany itself has changed. She merged with the eastern lands of the former GDR and began to play a leading role in the regional policies of the European Union. The position occupied by Germany in the EU is mainly due to its strong economy. The influence of the Federal Republic of Germany on global political processes is much less consistent with its capabilities.

There are several reasons for this. The main one is the limited sovereignty of Germany. It is still under the control of the American and British armies. Today in the Federal Republic of Germany, 24, thousands of military personnel from the United States and 13, thousands from the UK, occupy dozens of military bases with powerful weapons and modern arsenals. And although now they are not called the occupying forces, the military presence of the winning countries directly affects the decision-making of the German leaders. Actions, with an eye on senior partners, do not add prestige to German politics, but only emphasize its dependence on the United States and a certain secondary nature.

Over time, when solving world problems, Americans began to invite Germans to participate in various diplomatic formats. Germany, for example, is among the six countries involved in the Iranian problem. But here, too, Germany was unable to say its own independent word, to take an initiative that would find support in the world community.

To be fair, it should be noted that the Germans made attempts to convert their success in economics and regional politics into international authority. While unsuccessful. Not later than last October, after the start of the operation of the Russian Aerospace Forces in Syria, German Foreign Minister Frank-Walter Steinmeier visited Saudi Arabia, Iran and Jordan. On this trip, Steinmeier presented the German vision of resolving the Syrian crisis and the problems of Middle Eastern migrants. But he was not heard by interlocutors.

The influence of Germany was manifested to a greater degree in the so-called “Norman format” in Ukraine, in which Russia and France also participate. However, here the role of the Federal Republic of Germany is rather contradictory. After all, German politicians contributed to the escalation of the Ukrainian crisis. They visited the microphones of the jumping Maidan and the meeting rooms of the government apartments. The same Frank-Walter Steinmeier mediated at the conclusion of an agreement between the President of Ukraine and the opposition. Even acted as a guarantor of compliance with the agreements reached. In fact, everything resulted in a coup d'état.

Steinmeier will then say that the agreement failed due to the flight of President Yanukovych from Ukraine, but even this very controversial statement does not add weight to his dubious guarantees. In addition, the negotiations in the Norman format left a feeling that behind the back of the German participants, the shadow of their overseas partners is visible. First of all, this is indicated by the fact that the most important meetings of the leaders of Germany, Russia, Ukraine and France opened late in the evening, when the working day began across the ocean in Washington. Observed by observers and telephone consultations with undeclared recipients. In short, for the role of the global political player, Germany is not yet set short.

The lack of influence on international relations Germany is trying to compensate for the confrontation with Russia. This is not to say that this echoes the famous Krylov's fable, but by trying to butt out on an equal footing, the Germans strengthen the prestige of Germany in Europe and raise the self-esteem of the nation. An example of this is unbridled propaganda in the local media. Before the new year, political analyst Andreas Umland agreed in a Zeit Online publication before calling Russia a “second-rate industrial” country that considers itself today to have the right to lecture other states on issues of traditionalism and continuity. ”

First of all, we will clarify the position of Russia in the world. It steadily takes place in the top ten most powerful economies. In terms of foreign exchange reserves, Russia is the seventh, in terms of gold reserves, the sixth, in terms of the nominal size of the gross domestic product (GDP), estimated in US dollars, in the ninth, in terms of GDP, calculated at purchasing power parity, the sixth. The latter figure is taken from the rating of the International Monetary Fund, which ranked Russia in sixth place - immediately after Germany, which ranked fifth. The World Bank, in its calculations for 2014, rated our countries differently and put Russia in fifth place, while Germany took only sixth place.

An ordinary burgher may not be aware of such economic details, so he can easily swallow crafty assessments of a biased political scientist. Probably, German readers will be impressed by the main conclusion of Umland that the Russian Federation is “an underdog outsider in global politics, where everything happens under the dictation of the United States”.

The editors of Ino TV, as they say, grabbed the political analyst who had gone too far and made him comment on his article in Zeit Onlin. Before the viewers of Ino TV, Umland was forced to make excuses that “second-rate” refers not to the nation, but to industry, but in reality, Russian scientists, artists, writers, engineers, etc. can teach a lot to the West and the rest of the world. But, as we see, from the assessments of authoritative international financial organizations, the German political analyst also made a big blunder with the “industry”.

Zeit Online did not bother to publish Umland’s explanations to a foreign audience. Why introduce confusion in the minds of German readers? During the years of Chancellor Merkel's rule, they have become accustomed to the extremely negative assessments of Russia, with which the German media fill the media space.

Examples of this can be found at every step. Here's the pre-New Year issue of the website of the newspaper Die Welt in a hurry with the conclusion that in 2016, the Russian economy is “threatening to fall into a tailspin. The newspaper’s apocalyptic forecast is based on the assessments of Vladimir Osakovsky, the chief economist at the Bank of America / Merrill Lynch’s Russian office. According to him, if oil prices in 2016 year rise to 50 dollars per barrel, the Russian economy will reach zero growth rates. If it fluctuates around the 40 dollar mark, we should expect a fall in GDP of 1,5 percent.

Only a very large imagination of Die Welt journalists could make a sensational conclusion about the collapse of the Russian economy on the basis of the usual variable forecast. But this passage is completely embedded in the tendency of the German media to write Russia in black colors. And it has already borne fruit. Last year, in Germany, polls were conducted more than once about attitudes toward Russians. A study of the Pew Center and the Bertelsmann Foundation, for example, showed that only 15 percent of Germans now favor strong ties with Russia. The Allensbach Institute has studied social attitudes about anti-Russian sanctions. 21% of respondents spoke in favor of canceling or easing them, 39% said that sanctions should be maintained, 19% - tightened.

Steinmeier considered Russia a party in the Ukrainian conflict

By the way, breakthroughs in international politics occur solely on the basis of mutual understanding and cooperation, and not disunity and hostility. Today, Germany, which has led the OSCE, has a chance to add to its economic results the experience of resolving international problems. Frank-Walter Steinmeier, who occupied the office of the organization’s chairman, said that the main theme of the OSCE in 2016 should be the settlement of the crisis in Ukraine. He spoke in favor of extending the ceasefire in the Donbas and expressed hope that the warring parties would take other difficult steps to implement the Minsk Agreements, show readiness "to find constructive solutions that will help overcome the crisis and defuse the conflict in the long run."

These well-intentioned intentions to end the war in the center of Europe, Steinmeier colored with new accents: “I decided not to weaken our efforts in the mediation between Moscow and Kiev in the“ Normandy format ”and now also use the German chairmanship in the OSCE in this direction.”

For the first time, the German Foreign Minister called the cause of the war in the east of Ukraine is not the anti-terrorist operation against the Donetsk residents who did not accept the coup, but the conflict between Moscow and Kiev. Attempts to make Russia a party to the conflict were made earlier by the Americans. Now Germany has decided to make a contribution. This position will not bring the Germans no laurels or results. The OSCE has already compromised itself by indulging the current Kiev authorities. So it was in stories with a Malaysian aircraft, the removal to the rear of heavy weapons, the exchange of prisoners. Now, judging by Steinmeier’s statement, the OSCE will look for peace for Ukraine in Moscow, and not in Donbass and Kiev, and still close its eyes to what the current Ukrainian authorities are doing in the country.

Be that as it may, the moment of truth has arrived for Germany: can it be an influential state in international relations or will it remain on the chorus of American interests? For this new quality - the leading player in world politics - it is not enough to have a strong economy, you still need to be an independent country in business. The first answer to this question will be given at the OSCE meeting in Vienna on January 14, when Frank-Walter Steinmeier will present the program of the Berlin Chairmanship in 2016.

Ctrl Enter
Noticed a mistake Highlight text and press. Ctrl + Enter
We are
Russian-Belarusian border reflectionsUnification of Germany: a joyful event for the Germans and its sad consequences
64 comments
Information
Dear reader, to leave comments on the publication, you must to register.