January 7 2016
42
2016 is a year of large elections not only for Russia - November 8 will elect the United States 45 President in the United States. There are no obvious favorites for the race, but American public opinion is an unpredictable environment. But one thing is for sure - the foreign policy line, approved by Barack Obama, will continue until November, and by inertia even longer. This line is aimed at actively provoking domestic and international conflicts in all regions and, above all, in the Islamic world, where the tension reached its limit by the end of the first decade of the twenty-first century. 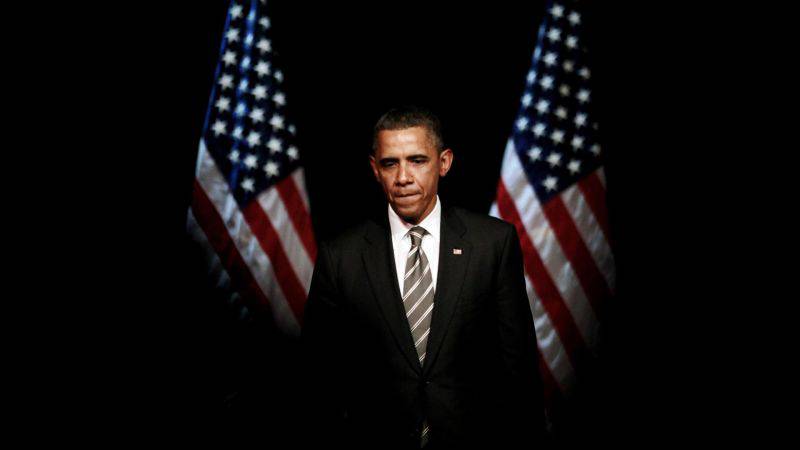 The Arab spring, which passed through two continents in a whirlwind and disturbed all possible hives, was only the beginning of a great chaos. Chaos, which was to wipe out several dozens of states from the face of the earth. This process does not yet have a name, but it can be very conditionally called a new decolonization, but now independence will be received not by colonies, but by parts of quite sovereign states.

The first swallow on the dismemberment of states (if you do not take the declaration of independence of East Timor in the 2002 year) flashed in the 2011 year, when South Sudan was split off from Sudan with the active assistance of the Americans. It was a kind of experiment on "how it will be." The experiment is largely unsuccessful for its initiators. The fact is that although a territorial dispute with military actions immediately broke out between Sudan and South Sudan, their scale was extremely limited. States, unlike armed groups, have something to lose and they can always declare a "break" and disperse into national apartments, lick their wounds. The organizers of chaos made the following conclusion: in order for the war to blaze and be as long and cruel as possible, the disintegration does not need to be fixed legally, so that the losers simply have nowhere to retreat. This strategy is being used today with success in Libya and Syria, Iraq and Yemen. Each of these states has actually broken up into several parts, but at the level of international law (as in Sudan), no one is in a hurry to consolidate the breakup. Not because someone is interested in the territorial integrity of the above-mentioned countries, but because otherwise the conflict can, if it does not end, then at least lose intensity. After all, if, say, the Yemeni Hussites get their internationally recognized state, then, relying on the support of the same UN, it will be much easier for them to fight within their own territory already completely owned by them. By and large, all parties to the conflict, including ISIS, are striving for recognition - but they will not receive it, since the organizers of chaos are not interested in this outcome yet.

Another important point is that the Obama administration is extremely intolerant about any manifestation of unauthorized independence in the camp of pro-American allies. Much more intolerable than, say, the Nixon administration or even the Bush Jr, at which, as we remember, a demarche of the “old Europe” on the Iraq issue took place. The first black president, in contrast to them, crossed the line that separates the active influence from direct dictate. Such behavior cannot be called reasonable, and it speaks of two possible extremes: either the ruling class of the United States gradually loses the ability to influence otherwise than by direct order, or the governing elites have already degraded so much that they simply cannot otherwise.

This approach is applied to both states and individual groups. Let's say "democratic Europe" felt the power of Washington on itself, as soon as it deviated from the general line regarding anti-Russian sanctions. ISIS * from moderate rebels immediately turned into evil terrorists, as soon as they took a step from the role that they had been taken away from outside.

The third characteristic feature of the Obama presidency is the betrayal of those whom the United States previously called its allies: Japan, Israel, Saudi Arabia, to some extent Turkey. Thus, Tel Aviv ** still cannot believe that the lifting of sanctions against Iran has become a reality and, obviously, they plan to demand additional guarantees. In Japan, they are unhappy with the passivity of the United States towards China and are gradually restoring their naval power. If this goes on, then in the future, Tokyo will face the need to expand the security zone with a subsequent aim at unification historical Japanese lands. Even more interesting is the position of Saudi Arabia, the power that, along with the United States of America, most resembles the archaic colonial empire of the 1970th century. In the XNUMXs, when Nixon canceled the gold backing of the dollar and decided to provide it with oil, a united and stable Saudi Arabia was the guarantee of the stability of the new order. But today, when the dollar is growing due to global instability, as well as due to an increase in the Fed's base interest rate, it does not really need oil any more. And then there is also American oil workers entering the world market and they do not need Saudi competitors at all. On the basis of the totality of circumstances, it can be assumed that the theocratic empire is destined to be “decolonized” in its most radical form, which the Al Saudis clearly cannot be happy about.

As for Russia and China, the desirability of their breakup across the ocean has never been particularly concealed. The Americans are still preparing for a similar fate, despite the apparent warming of relations. Next in line are Turkey, Pakistan, and possibly Indonesia. By the way, more and more signs that fragmentation in one form or another is waiting for Ukraine. There, in the regions, not even two, but multiplicity, are beginning to take shape, while the resources of the central government are already insufficient to stifle the new shoots of separatism.

International politics today resembles a competition under the motto “Who will more quickly move into the abyss,” with the competitor pushing there himself moving away from the abyss for some distance. America today seeks to push everyone away from the edge at once: friends, enemies, neutrals — in order to be as far as possible from the abyss, a meeting with which is inevitable for her anyway. This is the essence of the entire Obama administration policy, which regional powers now resist with varying degrees of effectiveness.

For Russia, all this means the continuation of a consistent and irreconcilable confrontation with the United States, which will develop regardless of whether high-ranking officials want to recognize its reality. It so happened that the US state project does not move to a new level without the collapse of the Russian project, because no single European or Asian country has its resources. Along the way, on the collapse of the Third Rome, smaller players will also try to swim out. Their goal is the same as that of the United States - to hold out as long as possible, avoiding the grasp of Uncle Sam.

In the meantime, games with kerosene and matches continue. The frontier on the Indian-Pakistani border, where until recently it had been calm, flared up the relations between Tehran and Riyadh after the execution of Shiite preacher Nimr al-Nimr. Of course, right now the war will not start, but the degree of confrontation has steadily increased and talk about the war, which three years ago had a purely hypothetical dimension, is now moving into the plane of concrete: who is with whom and against whom, by what forces, and most importantly, when everything will begin. Perhaps it is this atmosphere of universal hatred and mistrust that was the real result of the first black president of the United States, the Nobel Peace Prize laureate, who, after such a confusion, is fit to stop issuing.

Whether the vector of American foreign policy will change, it will become clear only in a year, when the next owner of the White House will take its first steps. But you should not prepare for radical changes. 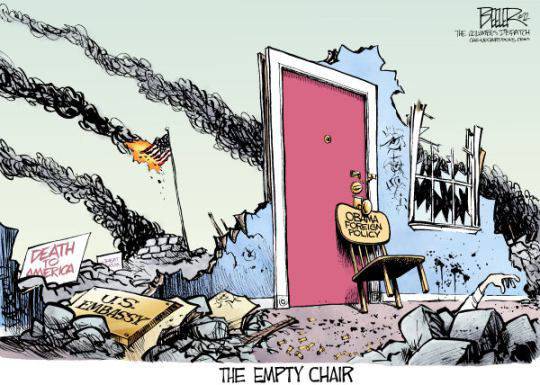 * Forbidden in the Russian Federation.

** According to the UN Security Council resolution 478 of the USSR, and behind it, the Russian Federation does not recognize Jerusalem as the capital of Israel.

Ctrl Enter
Noticed oshЫbku Highlight text and press. Ctrl + Enter
We are
Basic training program for Navy SEALs and the US Navy SEAL and Army Special ForcesGeopolitical mosaic: “Arab Spring” will soon come to Saudi Arabia, and democracy in the United States tightens the screws
42 comments
Information
Dear reader, to leave comments on the publication, you must to register.