El Confidencial: how Putin falls in love with right-wing extremists 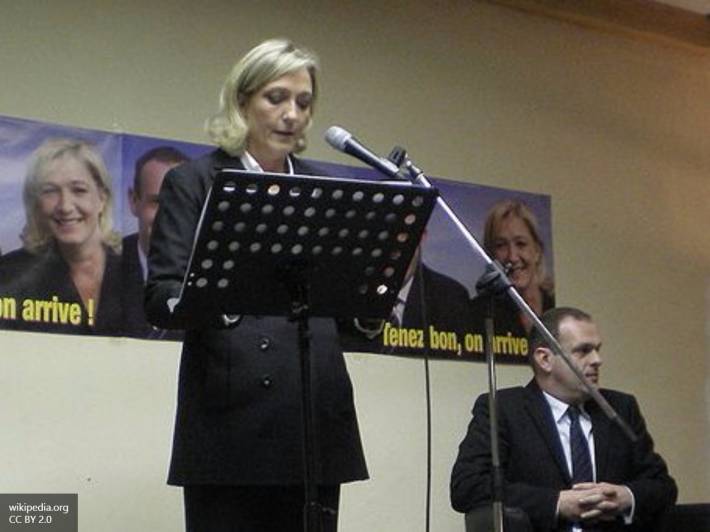 Russia adopted the strategy of “the enemy of my enemy is my friend.” The country that campaigns against fascism extends the hand of friendship and cooperation to the most reactionary forces in Europe, writes the Spanish newspaper El Confidencial in an article entitled “So Putin falls in love with European Ultras.”

The publication claims that, according to the Eurasian Intelligence Center, “the list of anti-European parties, often xenophobic and anti-liberal, is at least five that have close contacts with Russia: the United Kingdom Independence Party (UKIP) Democratic Party of Germany (Nationaldemokratische Partei Deutschlands - NPD), the Party for the Better Hungary (Jobbik Magyarországért Mozgalom), the party of the People’s Society Chrissi Avgii and the French National Front, headed by Marine Le Pen.

“Regardless of whether they are separatists or supporters of national revival, the basic condition for their functioning is contempt for the EU and anti-Americanism,” the article author asserts.

The article provides a list of facts that, from the point of view of the author, prove the existence of these links.

“It is enough to recall the meetings and negotiations of the chief ideologist of neo-imperialism, Alexander Dugin, with members of the Greek government, formed on the basis of SYRIZA. Dugin did not confine himself to contacts with the official authorities, but met with the ultra-right of the Golden Dawn. Add to this the correspondence opened by the hacker group with Konstantin Malofeev, who finances the separatist nationalists of Donbass, ”the Spanish newspaper notes.

In addition, the author of the article claims that the Russian company Lukoil financed some election campaigns in Central Europe and sponsored the publication of books by Czech President Milos Zeman, who spoke in favor of lifting the EU sanctions on Russia.

“The leaders of the nationalist party For the Better Hungary were received by deputies of the State Duma in Moscow,” writes the Spanish edition.

According to the Capital Político website, of the 24 right-wing and populist parties represented in the European Parliament, 15 has support from Russia, according to the material.

The most striking example of the interaction of Russian elites with European radicals, the author of the article considers crediting the National Front Marine Le Pen through First Czech Russian Bank, which “is only called Russian-Czech, in essence it is almost entirely a Russian enterprise.”

“The Le Pen family has long-standing strong ties with Russian oligarchs,” says Cecile Aldo, author of the monograph on Marine Le Pen. “Nine million euros were granted to the National Front under conditions that cannot be called commercial, rather, these are“ courtesy conditions ”developed specifically for the organization of Marin Le Pen by Roman Popov, head of a bank close to the Kremlin. At the same time, some Parisian media say that in reality, the amounts in support are much larger. ”

According to the author of the article, the strategy chosen by the Kremlin is very similar to the actions of the USSR, which spread its influence in Europe through assistance to the communist parties of different countries.

“These communist parties were financed from the Kremlin and therefore treated Moscow with love. Today, the strategy has not changed - only the platform of parties chosen by Russia for support and use has changed. The communists were replaced by nationalists and extremists. As a result, today, 20% of the European Parliament are in favor of the European Union collapsing. And Russia for them is the very foothold that can be used to turn the world around. ”

Ctrl Enter
Noticed oshЫbku Highlight text and press. Ctrl + Enter
We are
Russia is being attacked because it is an alternative to the American model of global orderContrary to Nuremberg: new trends and forms of propaganda of fascism
Military Reviewin Yandex News
Military Reviewin Google News
88 comments
Information
Dear reader, to leave comments on the publication, you must to register.