Stopping the Heart of Western Capitalism 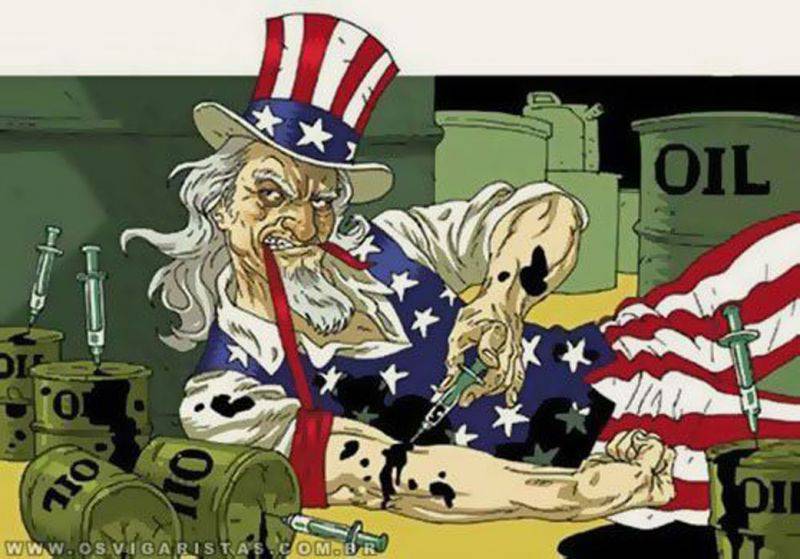 I will try today to explain in simple words, why things are very sad in the dollar economy, and why there is practically no hope for a mild crisis. For those who do not even like to delve into the economic problems, here is the conclusion of the article: the heart of the financial system of Western countries has stopped, and resuscitation specialists will have to try very hard to run it again.

The word "heart" I did not accidentally use. If I were a liberal Darwinist, I would say that crises are necessary for capitalism, as regular cuts in the heart are necessary for all living organisms with a developed circulatory system.

Imagine three shops that sell apples. For example, shopkeepers buy every bag of apples from farmers for a dollar, and sell for a dollar and twenty cents - with these 20 cents of income, the shops live.

Suppose there comes a difficult time for apple traders - there are too many shops, and there are not enough buyers for everyone. Shopkeepers begin to fight with each other for a place in the sun. It is impossible to burn a competitor’s shop, or to enter into a price agreement with him in the ideal capitalist world — the state is watching this. Thus, the apple traders have the only means of intraspecific struggle - to sell apples even cheaper.

The benches enter the deflationary spiral, the race for survival begins. The price of apples goes down to a dollar, then to 95 cents, then to 90 cents ... The benches trade in a minus, but they have no other way out. If they stop the trade that is unprofitable for them and close the shop, they will not be able to give back their loans and go bankrupt. If the shops continue to work, they have a chance that someone else will be the first to go broke.

When prices reach 80 cents per bag, one of the shops turns out to be a weak link and goes bankrupt. At this point, the price of apples sags even more, since the shop needs to quickly vacate the premises, and she is ready to sell apples even at 70 cents, just to buy them as soon as possible. But, finally, the liquidation is completed, and only two shops remain on the market.

From this moment there is a shortage of apples: there are only two shops left, they can no longer serve all the inhabitants of the town. Prices for apples are beginning to grow rapidly, and soon - skipping the mark of twenty dollars - reach the mark of sixty dollars, as the shortage of apples in the market allows merchants to lift prices.

Such a profitable business - buying a bag of apples for a dollar, and selling for a dollar sixty - prompts one of the citizens to take a loan and open a new apple trade shop. Again, there is some surplus of apples on the market, and prices drop to twenty dollars, from which the cycle began.

As you see, something like a heart reduction has occurred - at the lower price level an inefficient owner left the market, and at the upper price level a new capitalist full of hopes came to the market. Such contractions of the heart keep everyone in good shape: the price constantly jumps from too high to too low, forcing businessmen to work at their limits.

We are now witnessing a reduction in the capitalist heart in the oil market. Oil prices have sunk so low that US shale companies operate at a loss — timidly hoping that prices will rise soon and they will be able to pay off the loans that are currently being raised due to high prices.

It would seem that everything is in order, we are witnessing a normal process for capitalism, and soon everything will turn in the other direction ... However, this time there is a nuance. And this nuance is a needle of super-cheap money, on which the economies of Western countries tightly hooked a few years ago.

Let's return to our example with benches and apples. Imagine that shopkeepers have access to very cheap loans. How will this change the market situation?

The other two shopkeepers will have a simple choice: either follow the lead of the first shopkeeper and also reduce the price to 95 cents per bag or leave the market.

For some time, everything is great. No one goes bankrupt, as all losses are compensated by cheap credit money, and prices are kept at low, comfortable for buyers of apples marks. However, the natural selection mechanism necessary for capitalism ceases to work - cheap loans provide protection from the invisible hand of the market to even the most inefficient owners.

As a result, inefficient firms live so long that the average price of apples never rises to the necessary for confident work of “plus” dollars and twenty cents: at any given time in the market there is a slowly bursting dumper who sells apples much cheaper.

How can the state do in this situation?

In several ways. The first way is to make loans expensive again. Then three of the four shops that now sell apples at a loss will go bankrupt - since they all have been working “for a minus” for a long time and are wildly overloaded with loans. However, after some time, the apples will rise in price several times, new businessmen will appear and the capitalist heart will again begin to shrink-unclench at the usual rhythm.

The second way - to make loans even cheaper, which will allow shopkeepers to hold on a bit more. The cost of loans, of course, is almost zero, but you can in fact introduce the CCP (negative interest rate policy) and push the rate on loans below zero. As you understand, this will only exacerbate the problem - since it will load the business with loans even more, and after the imminent onset of the crisis, it is not 25% of shops that will survive, but, say, 15%. But to win this way for several months is quite possible.

Finally, there is a third way - restarting the system through credit-burning hyperinflation. We must understand that hyperinflation will eventually come under any scenario, because the economy of Western countries is overflowed with cheap money, and after the onset of a serious crisis, money will inevitably lose most of its purchasing power. However, if you start hyperinflation earlier, the economy will get over it easier and faster.

No decision has yet been made. In December, the US Federal Reserve increased the interest rate on 0,25 percentage points, thereby marking its intention to take the number one path. The consequences of this decision have not yet fully manifested themselves, since the American sharks of the financial business did not sit in front of the stock monitors for the last week, but celebrated Christmas washing down black caviar with the blood of Christian babies.

However, the US financial system has already begun to crack anxiously - hedge funds specializing in problem loans are dying now, like flies under the streams of dichlorvos:

Very soon, the US Federal Reserve will be forced to take a pivotal decision - either to cross your arms and look at the plague of deflation that is devastating the markets, or quickly lower the rate back to zero in order to prolong the agony of the financial system a little more. Personally, I assume that the US Federal Reserve will not only lower the rate to zero, but also push it even lower into the negative zone. At the end of 2016, the presidential election will be held in the USA, and the Fed has reasons to try to delay the crisis in the area of ​​responsibility of the next elected representative.

Well, I still remind you that doctors have already learned how to replace a shrinking human heart with a constantly working turbine. Such a turbine is easier, safer and more technological than our imperfect cardiac muscle:

Who knows, maybe after the end of the global crisis, which we are now rapidly plunging into, economists will be able to come up with a similar “turbine” for the planetary financial system? I believe that our technologies are already sufficiently advanced to replace the “invisible hand of the market” with a more modern and efficient mechanism.