Why the West will never win or forgive Russia (Agora Vox, France) 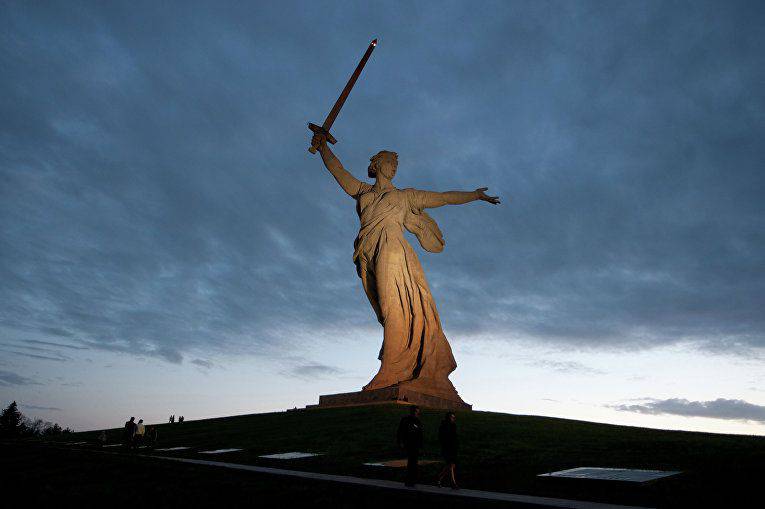 В historical perspective, Russia intuitively fought for the survival of all mankind. Of course, events are far from always presented in this way. Be that as it may, this huge country has repeatedly resisted the most powerful forces of evil, which became a threat to the very existence of our planet.

During World War II, the Soviet (mostly Russian) people sacrificed at least 25 of millions of men, women and children for the victory over Nazism. No other country in modern history has had to go through such trials.

Immediately after this victory, Russia, along with China, Cuba and then launched the most incredible and noble project of all time: the systematic destruction of Western colonialism. Worldwide oppressed masses rose up against European and North American barbarity, while the Soviet Union was ready to become a beacon of hope for them, to provide substantial financial, ideological and military aid.

As the oppressed and deprived nations gained independence one by one, hatred of the Soviet Union and the Russian people grew in all capitals of the Western world. After all, the plundering of "non-white" continents was considered the natural right of the "civilized world."

In the United States and Europe, words like “colonialism” and “imperialism” quickly acquired an extremely negative connotation, at least outwardly. Therefore, it would be counterproductive to demonize the USSR (and even less to attack it) for supporting the liberation struggle on all those continents. Instead, developed theories about the "Empire of Evil."

Russia has always been an "obstacle." This colossal country interfered with the cruel plans of Washington, Berlin, London and Paris. Plans on how to take control and plunder the whole world.

But the good deeds, the dirtier the attacks on them.

Russia has always stood an incredible ability to mobilize their forces to throw all the resources to achieve a single, deeply humanistic and moral purpose. In its struggle it has always been something sacred, something high and extremely important.

“Get up, great country, Get up for a mortal battle!” This is how one of the greatest patriotic songs of World War II begins. When Russia fights, only victory is important for it. At any price.

Russia was destined to fight for the whole world by fate. If you do not believe in fate, you will never understand the famous "Russian soul". The point here is not in religion: Russia is for the most part anarchic and atheistic. But she believes in fate and accepts it.

In addition, in most cases, Russia has little choice. The alternative to victory was only the end of humanity. And when the very existence of the world was threatened, Russia always rose - fierce and frightening, but at the same time incredibly beautiful in its anger and determination. She fought with every handful of her land, with every heart of her people. And almost always won. But at a terrible price - burying millions of sons and daughters and plunging into the sea of ​​unimaginable sadness and pain.


And next has never been anyone who comforted her. So far, the fires raged until the faces bereaved mothers and wives have not yet had time to dry tears, to have spit upon, mocked and humiliated treacherous Western regimes and their propaganda.

Her heroism belittled, mocked the victims. It was alleged that he gave his life for mankind millions actually died for nothing.
In exchange for the heroism of the Russian did not ask for anything, except for two basic things: recognition and respect. But I never received either one or the other.
Now Russia is again rising, begins the epic struggle with the IG, a monstrous parody of the Muslim faith, which creates and armed the West and its regional angry hangers.

Russia was forced to act. After all, if it is not, then who? After centuries of the Crusades and colonialism terrifying West from the Middle East, one of the cradles of our civilization is almost nothing left. Stripped and humiliated by the Middle East has become a mosaic of miserable standing in the service of Western client states. Tens of millions were killed. All that can be looted. The socialist and secular governments are pressed to the wall and toppled.

I worked a lot in this region and I can attest that, perhaps, the exception of Africa, in the world there will be no more victims of greed and barbarism of the West.

Yes, of course, I already hear this cacophony of voices voicing from Europe and North America about “Russian interests” and “sphere of influence”. Because in the West there is nothing sacred. And it can not be in principle. Because gloomy sarcasm and nihilism are mixed with everything ... If the West behaves like a thug, the picture of the rest of the world also needs to be painted in the same colors and shades. In the end, the West has no allies, no feelings. Interests only. It was not I who invented it, they told me about it again and again when I lived and worked in the ruined corners of Africa.

But I do not care what they say in Paris and Washington. What matters is what they say in Iraq, Syria and Lebanon. And I will explain to you how things are there: if you go to the barber and say that you are Russian, the people will rise, embrace you and wept.

Russia will never attack other countries, but if she herself comes under attack, her rage can be terrifying, especially during a war. “Whoever comes to us with a sword, will die of the sword!” Said the Prince of Novgorod Alexander Nevsky in the 13th century.

The recent incident with the Russian bomber that was shot down over Syria, the Turkish Air Force, increases the risk of a wider regional war.
Turkey, a NATO member country, spreading terror throughout the region: from Libya and Somalia to Iraq, Syria and its own Kurdish territories. She tries people destroys a lot of people (including journalists), robs millions of their natural resources and dissipates (mostly on the money Qatar) the most that neither is extremist Islamist teachings.

I met Recep Tayyip Erdogan many years ago, at the beginning of the 1990s in Istanbul, when he was still the mayor of the city, and I “licked my wounds” after publishing how the West systematically destroyed Yugoslavia.

“But you know perfectly well how to pronounce the name of our party! He exclaimed. “It proves how important we are.”

From the very first meeting, I realized that he was an aggressive bastard with megalomania and an inferiority complex. But it never occurred to me that he would go that far. And he could. And it affects millions of people across the region.

Now he has brought down a Russian bomber and invaded Iraq.

Turkey has repeatedly fought with Russia and almost always loses. And in the period between the two world wars, she was able to survive only with the help of the Soviet Union. Therefore, it would be worth to think twice the next step.

Russia is not just "leading the war." Her struggle for the survival of humanity is nothing but a work of art, poetry, a symphony. It's hard to explain, but true. Everything is intertwined.

It is mean to knock down the Russian Su-24 - the same as spitting on the graves of 25 for the millions who died in World War II. This is a disgusting and stupid step. In Russia, this is not done. If you want to fight, fight face to face.

But if you kill, like a coward, invades devastated neighboring countries, once you can see in the sky is not the Su-24, and heavy bombers.

Russia can not win. There are many reasons. One of them is very pragmatic: it is a nuclear superpower. The second is that it usually is fighting for a just cause. And he does it with all his might and with all your heart.

If it were not for Russia, the planet Earth would no longer exist. At least, in the form in which we are accustomed to see it. The West and its fascist Christian states would completely control the world. And the “nedonaroda” would be treated like animals (even worse than now): there would be no boundaries, limits to theft and destruction.

The so-called "civilized world" (the one that builds its theaters and schools on the bones of others) without the slightest resistance would go to full control over our planet.

Fortunately, there is Russia. And it can not be beat. And that never, no one will. The West would never forgive her for what she stood to the side of the poor and oppressed.