December 31 2015
23
Before the New Year is easy to predict, especially trouble. Let's start with the lung.


At the end of the outgoing year, our Foreign Ministry announced that NATO had returned to the strategy of containing Russia - this is the return of peace to the state of the Cold War and will determine the weather on the planet next year. However, there is no evil without good: the Cold War is still better than the hot one. 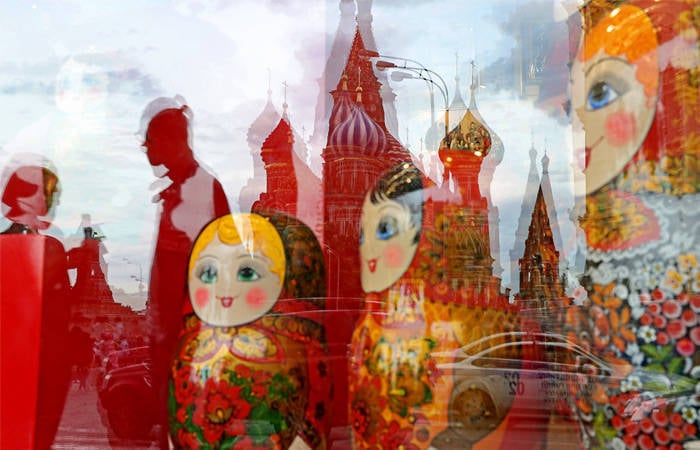 The Minsk Agreement, that is, the peaceful attempt to transform the Bandera junta into something civilized, stopping its neo-Nazi, Russophobic elements, ended in failure. It is highly likely that Kiev will derail the Minsk Agreements, since they became a political trap for him.

Therefore, the formal end of the Minsk Agreements on New Year's Eve may be a reason for disrupting the “Minsk” by resuming hostilities in the Donbas. Especially if you make a small provocation, and inflate it in the press. Therefore, it is worth expecting, for example, “sabotage” at some Ukrainian thermal power plant, many of them are breathing so much.

However, after this, Moscow may deny the legitimacy of Bandera Kiev, with all the ensuing consequences. In almost two years of "import substitution", Russia has decided to prioritize defense problems, and can toughen its position on Ukraine in the post-Term round of the Russian-American party.

The Bandera-Ukrainian FTA with Eurosose will come into force, and the FTA with Russia will be closed. The consequences of this large-scale action will not appear immediately, due to its scale. Thus, Russia "hangs" on the neck of Europe the Euro-associated Krajina, it will be a kind of otvetka for the intention to tear Ukraine away from Russia. It is impossible to say how this will end, but chaos with the Makhnovshchina in one bottle in Ukraine is quite possible.

In the short term, more interesting is the default of Banderia to Russia, as well as how the IMF will react to this. To extend the IMF financing for the Kiev authorities, an appropriate decision of its management is necessary; automatic extension of the IMF financing in case of default is not provided.

Intrigue adds the fact that the IMF tranches arrested in 2015 year did not come as a New Year's gift to Kiev, for the hastily accepted dictation from the IMF budget-2016. Although the window for the transfer of the IMF tranche was. What does this mean? This question could be answered by IMF Managing Director Christine Lagarde ... who, a few days before the default, recognized Kiev’s debt to Moscow as sovereign.

The second anniversary of the “Bandera dignity revolution” is approaching, and the celebration of its celebration is difficult to say. Or will the second stage of the revolution overthrow Poroshenko’s dictatorial proclivities, or will Poroshenko’s dictatorship foment the second stage of dignity revolution? Too many unknown introductory ... Will there be IMF financing? Will the energy supplies from Russia and the Donbass continue after the default and the break of the Minsk agreements? The Blackout of Crimea is a good reason for Russia to respond to the energy blockade of Banderia when the Minsk agreements are disrupted.

The most catastrophic option: in the case of a new revolutionary destabilization of Ukraine, revolutionaries may block Russian gas transit to Europe. True, the “Nord Stream” will remain, and the whole European world will hang on it ...

In general, from the point of view of military-political potentials, the world returns to the situation of the twentieth century, when the West tried to crush Russia-USSR with the help of a Hitler ram, but something did not go as it was intended, and, as a result, an anti-Hitler coalition was formed. Today, America is building a Bandera neo-fascist ram against Russia, and it is being built up in the second echelon.

However, everything goes wrong again, as the Washington Brzezinski conceived: the Banderaites got stuck in the Donbass, failed to defeat Syria (it was supported by the Russian air forces), and invasion of migrants from the Middle East through Turkey and it began to disintegrate: England and Poland refuse obey Brussels. The closest allies of the USA, by the way ... Russia, on the other hand, found a new ally, along with the army and fleet - aerospace forces, it may very well be weapon Victory ...

Russia, as well as before the Second World War, is stretching time (for almost two years since February, 2014 has stretched), and it will probably pull up to the “casus belli” with America, which it will not be able to evade, as if from an incident with Su-24 in the sky of Syria. Russia will defend Syria as the Crimea, it is, politically, and there is a second Crimea for Russia.

Therefore, an incident may occur between Russia and the United States in Syria, hopefully limited to the Middle East theater of operations. Iran, having received C-300 and, apparently, something else, will strengthen its protectorate over Baghdad and will become Russia's regional ally. This is important: Moscow needs an air bridge to Syria, which only Tehran can provide.

Finally, about the pleasant events in the New Year: there are not many of them ... There is a possibility that Donald Trump will be elected President of the United States; he is supported by part of the American ruling class. Russia will build the second turn of the energy bridge to the Crimea. A squadron of small rocket ships armed with Gauges will appear on the Black and Baltic Seas. The rating of President Vladimir Putin will not undergo significant changes.