Economic problems will not leave Russia alone in the coming year

December 31 2015
60
It is known that building forecasts is a thankless task. The astrologer Pavel Globa predicted the Russian exchange rate at 100 rubles per US dollar in the pre-New Year past. No matter how hard the Central Bank of the country and the native government tried to fulfill the instructions of a famous astrologer, they did not succeed. Today, the course is clearly not up to this point and is drifting hard around the 70-ruble mark. 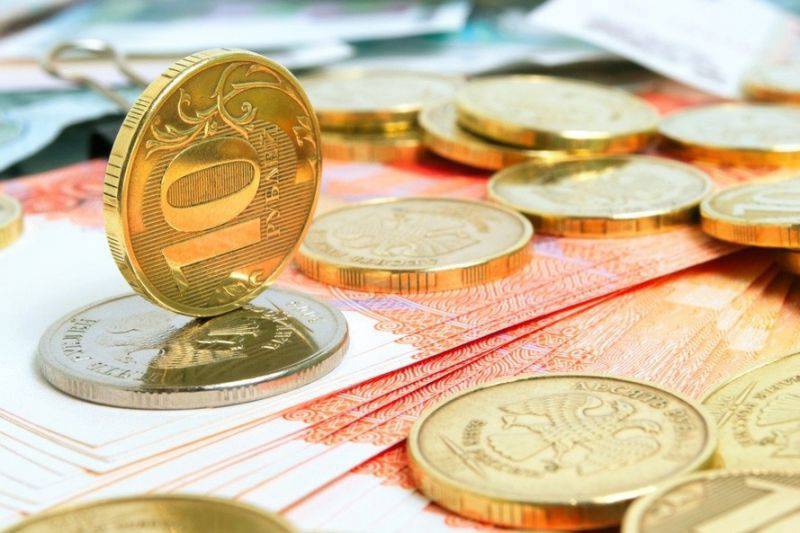 
In the pre-Christmas expectations, there is a kind of hoax - the anticipation of a miracle, like turning a pumpkin into a carriage. Very soon, life shows that the miracle did not happen, and the pumpkin rests in the basement, where it was cleaned in the fall. In December, the Levada Center conducts its traditional survey, identifying sentiments in Russian society. Sometimes pre-Christmas expectations have little to do with the surrounding reality.

At the end of the 2013 of the year, for example, when the Maidan was already in full swing in Kiev, two-thirds of Russians polled by the Levada Center thought that the approaching 2014 would be calm for their families. Half of the respondents were convinced that the year would be calm in the economic and political life of Russia. They did not expect any crisis. So, subsequent events were an unpleasant surprise for this part of society. A year later, at the end of 2014, the picture changed dramatically. Even the share of those expecting a quiet life for their families fell by almost 20 points. People felt the growth of the crisis.

The results of the recent traditional pre-New Year poll by the Levada Center also showed an increase in the army of pessimists. Today, 47% of respondents expect a deterioration in the country's economy, 36% - complications of the political situation. No more than 5% of respondents believe that in the coming year the economic crisis will end.

With the approach of 2016, politicians, economists, experts, businessmen revived with forecasts. Today they are also quite realistic and understand that the old economic problems will not leave us in the coming year. For example, billionaire Alisher Usmanov, the founder of USM Holdings, said: “2016 will not be easier than 2015 for a year, but it may be more difficult because the price trend does not give any reason to believe that there will be a sharp increase.” Usmanov made this statement in an interview with the Russia 24 television channel, but refused to assess the behavior of the ruble exchange rate in the coming year.

Marked by the forecast of former Finance Minister Alexei Kudrin. According to him, if in the 2016 year, the price of oil remains low for six months or a year, the Russian economy will continue to fall. Moreover, in November, she again faced a deterioration in performance, and, therefore, the peak of the crisis did not finally pass.

The head of Sberbank German Gref shared his expectations with the media. He admitted that "with such oil prices, the forecasts that were made for economic growth will not come true." At the same time, Gref is not waiting for "an absolutely terrible situation."

The pessimism of domestic analysts is shared by their foreign colleagues. In an interview with Deutsche Welle, the head of the German-Russian Chamber of Commerce and Foreign Trade Group Michael Harms expressed confidence that the stagnation in the Russian economy will continue in the 2016 year. Harms is not a bystander. The business union, which he heads, combines the order of 800 firms. Both German and Russian companies are represented in the chamber, the majority of which are with German capital. The sphere of their interests is the Russian market.

Michael Harms, of course, could not circumvent the sectoral sanctions that complicated bilateral economic relations. In December, the GRVP conducted a survey among German companies on the impact of sanctions on business. In the answers, they were taken only from 10 to 20 percent of the entire spectrum of problems they encountered in Russia. First of all, the Germans are worried about the bad situation on the Russian market, caused by the fall of the economy by 4 percent. Next in importance is the strong depreciation of the ruble, which makes German goods very expensive.

This circumstance could push German companies out of the Russian market, where their number is already close to six thousand. But the Germans intend to continue cooperation. During the survey, a representative of a large firm appreciated these sentiments as follows: “We need to overwinter.”

As acknowledged in the GRVP, companies that have already localized production in Russia are doing better. They have expenses in rubles, and there is no such strong currency pressure. This applies more to businesses in the chemical, pharmaceutical, agricultural and food industries. He feels confident enough. “Mostly German companies believe that 2016 will be the same year as 2015,” Harms sums up in an interview with DW. “Recovery will only begin in the 2017 year.”

Michael Harms' view of the Russian economy radiates pessimism. However, there are in it and bright spots. First of all, faith in the Russian market and the mood for further cooperation. The isolation of our economy, which is so fond of talking on Western propaganda channels (and Deutsche Welle is no exception), is not confirmed by the real intentions of Western business partners.

As for the difficulties faced by enterprises and firms, they are also noted by the country's top leaders. For example, at Vladimir Putin’s meeting with representatives of Russia's largest business, which took place in the December 24 Kremlin, the president praised entrepreneurs for their “responsible activities”. So he noted the preservation of the leading companies of labor collectives. In a crisis, they did not cut staff and are counting on the restoration of economic growth. In this regard, according to the president, it is important that "companies have not lost their strategic vision and pay great attention to the development of new technologies."

New growth points will prove themselves

With the conclusion of Vladimir Putin, the results of the Levada Center survey are quite correlated. As we remember, less than half of the respondents fell into complete pessimism there. And what about the majority? Of course, the variability of questions (like “more likely“ yes ”than“ no ”and or rather,“ no ”than“ yes ”) affected it, it smeared the stubborn denial of positive changes. At the same time, a quarter of respondents confidently wait in 2016 for the year to improve their lives. These people are easily blamed for inadequacy. The thing is that Russia is large, and the living conditions in the capitals, cities of Siberia, the Far East or the Black Sea Coast differ just as much as the answers of the respondents from the places listed.

Here is an example: now the economy has fallen by about four percent, and its agrarian sector has grown by three percent. It happened for a reason and not because of the notorious import substitution. The investments of the past years began to work. The Bryansk Meat Company, the largest beef processing complex in Russia, in the Bryansk region, pig farms in the Voronezh, Chelyabinsk, Pskov, Tambov and Belgorod regions, greenhouses in the Kaluga region, in the Stavropol region, in Dagestan, and poultry production in the Rostov and Lipetsk regions.

This is a far from complete list of large objects of the agrarian sector, each of which cost investors more than 10 billion rubles. But the return from them went serious. For example, "Bryansk Meat Company" at once replaced 7 percent of imported beef. New enterprises gave not only products, but revived the labor market and raised the incomes of the local population. Presumably, the pessimists diminished there.

The agricultural sector will continue its development. In the spring of 2016, the launch of the first stage of a specialized hatchery in Teuchezhsky district of Adygea is expected. Investments in this complex will amount to 40 billion rubles. With an output of the designed capacity, the fish factory will annually produce 2 thousand tons of black caviar and 120 thousand tons of fish meat and will provide 2,5 thousand jobs.

Other objects of the economy are approaching the cherished festive ribbon of discovery. During the period of the energetic blockade of the Crimea, the country learned that in spring a second line of the energy bridge from the Krasnodar Territory would stretch to the peninsula. Less is known that in 2016, the heat and electricity of the CHP in Yekaterinburg, Sovetskaya Gavan and Yaroslavl will be provided with heat and electricity, and the construction of the Akademik Lomonosov floating nuclear power plant will be completed. Kuzbass is expected to reach its design capacity (1,5 mln. Tons of coking coal grade “Zh”) of the Karagaylinsky mine beneficiation plant. Norilsk Nickel will launch the second phase of the Talnakh Concentrator, increasing its capacity to 10 mln. Tons. Over 500 tons of uranium expects Rosatom from a new field in the Bauntovsky district of Buryatia. Mining and processing plant will enter the Trans-Baikal Territory. It will develop the Bystrinskoe deposit, whose reserves are 2,7 million tons of copper and 236 tons of gold.

It is difficult to say to what extent the new large-scale production (and here is a far from complete list) is compensated by the losses suffered by the economy, but, of course, they will make their additional contribution to the national product 2016 of the year. And it is not at all obvious that the authors of pessimistic forecasts took it into account.

Perhaps they are right in many ways. Every tendency has inertia over time. So in the new year the miracle will not happen. Meanwhile, the basis for positive change is. It multiplies. We need to keep this in mind, enthusiastically listening to the forecasts of self-confident experts and reputable astrologers. Happy New Year!