Germany will send another 4 strike fighter to the Turkish base

December 30 2015
23
In the new year, Germany will send another 4 fighter Tornado to Turkey, which will be involved in the antiterrorist operation in Syria, reports RIA News DPA message. 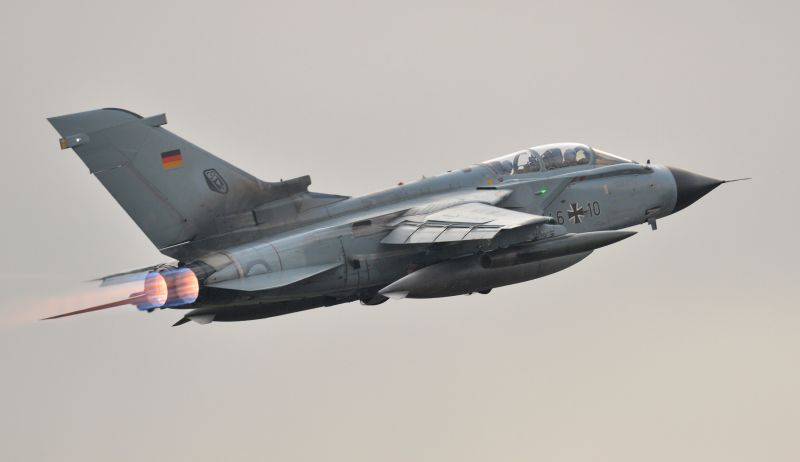 “The planes will be sent from two military airfields in the north and west of Germany to the NATO base Incirlik in Turkey,” reports DPA with reference to the representative of the German Air Force.

“Thus, in January, six German Tornados will take part in an operation against the Islamic State terrorist group, two aircraft were already sent to Turkey in mid-December,” the agency notes.

The military mission of Germany in Syria was approved by the Bundestag in early December. According to the information of the German military department, it includes “six reconnaissance aircraft Tornado, a frigate for the protection of the French aircraft carrier Charles de Gaulle, refueling aircraft and a contingent of 1200 men.” Air strikes in Syria are not provided. The term approved by the Bundestag operation is limited to one year with the possibility of extension after it expires.

Ctrl Enter
Noticed oshЫbku Highlight text and press. Ctrl + Enter
We are
The action “Military service under the contract is your choice!” In Rostov-on-Don: future contract servicemen, exhibitions and “Russian Knights”Aircraft carriers "Harry Truman", "Charles de Gaulle" and "Cavour" in the Gulf of Oman
Military Reviewin Yandex News
Military Reviewin Google News
23 comments
Information
Dear reader, to leave comments on the publication, you must to register.