December 30 2015
32
No world power is optimistic, and even in America, which in theory should be happy, a gloomy mood reigns 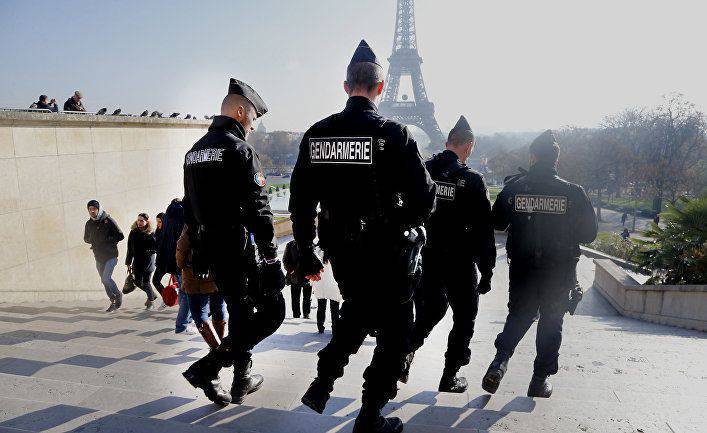 In 2015, concern and apprehension reigned in all world centers of power and authority. In Beijing and Washington, in Berlin and Brazil, in Moscow and Tokyo, the government, the media and citizens are nervous and annoyed.

There is something unusual in such a global anxiety. For the past 30 years and more, there has been at least one world power that was confidently optimistic. At the end of the 1980s, the Japanese were still enjoying their many years of industrial growth and were actively buying assets around the world. In 1990, America bathed in glory, winning the Cold War and experiencing long-term economic growth. At the beginning of 2000's, the European Union was in high spirits, having received a single currency and almost doubled the number of its members. And for most of the past decade, China’s growing political and economic power has been respected all over the world.

But today, all the big players have a feeling of insecurity - and even fear. The exception is India, where the business and political elite are still enthusiastic because of the reformist zeal of Prime Minister Narendra Modi.

Unlike India, in Japan, the belief in radical reforms, called Abenomics, is fading, and there is a growing confidence that they will not be able to pull the country out of the clutches of debt and deflation. Japanese anxiety is additionally fueled by continued tension in relations with China. But when I visited this country at the beginning of the year, I got the lasting impression that there too was much less stability than a couple of years ago. The era when the state effortlessly ensured growth in 8% or more came to an end. There is growing concern about domestic financial stability, as summer shocks on the Shanghai Stock Exchange have shown.

However, the main source of anxiety is political. Chairman Xi Jinping leads the country more dynamically, but also less predictably than its predecessors. Fear is spreading among government officials and businessmen. People are afraid to be in the networks of the anti-corruption campaign, as a result of which more than 100 thousands of people were arrested.

The slowdown in the growth of the Chinese economy has global implications. When China was supplying its demand for a commodity boom, it pulled Brazil along with it, like a boat towing a water skier. But this year, the Brazilian economy has disappeared in waves, shrinking by 4,5%. President Dilma Rousseff was involved in a corruption scandal, and attempts were made to impeach her.

In Europe, also dominate the dark mood. The symbol of the year was two bloody terrorist acts in Paris. The economic crisis, tormenting the continent for several years, reached a critical point in July, when Greece faced the threat of being expelled from the eurozone. Meanwhile, Germany, which stood apart from the rest as a guiding star of political and economic power, today faced the problem of refugees, who mostly run away from the conflict in the Middle East and already number more than a million people. The euro has spawned differences between Germany and the countries of southern Europe, and the refugee crisis has wedged a wedge between it and the Eastern European states. Meanwhile, Britain is threatening to secede from the EU, and French voters are turning in ever-increasing numbers to the extreme right flank.

Judging by economic indicators, the United States should be an exception against the background of this darkness and gloom. In the country, the sixth consecutive year, the economic recovery continues. Unemployment is less than 5%. The United States dominates the Internet economy. And yet, the mood in society is gloomy. The prospect of the Republican Party nominating a tactless demagogue Donald Trump as a candidate for the presidency suggests that America is at odds with itself. Trump's entire campaign, as well as his main rivals' campaigns for the Great Old Party, are built around the idea that the United States is in a state of perilous decline.

But apart from these local factors, are there any common elements at the heart of such global concern? Of course, the global economy has not fully recovered from the financial crisis. There are widespread concerns that after a long period of highly unorthodox monetary policy, another financial or economic crisis is brewing.

In the political and security sphere, we are witnessing the continuation of the destructive processes in the Middle East. The foreign powers were unable to restore order in the region and are now observing how chaos covers new areas in Africa and Europe, manifested in a refugee crisis and jihadist terrorism.

The most important common factor is the hardest to control and contain. This is a boiling discontent with the elite, which combines concerns about inequality and resentment of corruption, which is very noticeable in countries as diverse as France, Brazil, China and the United States. In America and Europe, these complaints are often associated with pervasive ideas about national decline. This social and economic concern has a political side effect, giving rise to the need for “strong” leaders, such as Xi Jinping, Trump and Vladimir Putin, who promise (often hypocritically) to take on the corrupt elite, fight for the interests of ordinary people and stand up for the country.

Due to the depressed mood prevailing throughout the world, the international political system becomes like a patient who cannot recover after a serious illness that began with the financial crisis of 2008. Unless there are major new shocks, recovery will be gradual, and the worst political symptoms may disappear. But the patient is still vulnerable. A new serious shake-up, such as a major terrorist attack or a sharp economic downturn, may be harbingers of real disaster.

Mark4java
Another authoritative publication that cannot report news. No one in America should be optimistic. Record unemployment, 95 million unemployed, and tens of millions more part-time. The state in each press release falsifies financial performance. Record debt, both government and citizens. And the president keeps joking. The attacks occur almost every week, and the press can not even tell who commits them. Trump is the only answer to the political system that has gone mad.

oldvlc
FT, you don't understand the Trump phenomenon at all. The American conservatives in the elite Republican establishment came to an end, because for decades they had spoken and promised their electorate one thing, and did another, yielding to all the demands of the Democratic Party. New speaker Paul Ryan angered half the country, giving Obama and the Democrats everything they wanted from the budget, and throwing his decision in the face of the voters who brought them to power. Trump is not accidental, and the world should prepare for his presidency.

wootendw
My country's foreign policy makes me nauseous. And with each new president, starting with Bush I, these urges are getting stronger. Millions of the dead in the Middle East and elsewhere, and they died because of the actions of the American government, directly or indirectly. And what is it for? Nothing.