December 29 2015
30
According to the agreement recently signed between Moscow and New Delhi, at least 200 Ka-226T helicopters will be delivered to India, of which 60 will be built in Russia, and the rest on Indian territory, reports RIA News. 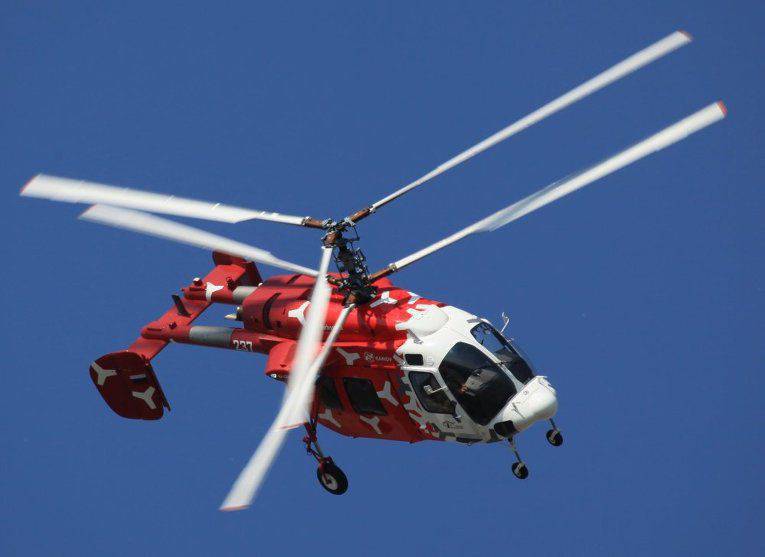 “The first X-NUMX Ka-60T helicopters will be produced in Russia at the Kumertau Aviation Production Enterprise (KumAPP), which is part of the Russian Helicopters holding; the remaining 226 units are in India. The first customer of the Ka-140T helicopters will be the Ministry of Defense of India. In the future, the program can be expanded, the possibility of joint access to the markets of third countries is envisaged, ”a source in the defense industry told the agency.

This project is being implemented by the Indian government as part of the “Make in India” initiative. For the production of helicopters is planned to create a Russian-Indian joint venture.

Help Agency: “The Ka-226T lightweight multi-purpose helicopter developed by Kamov is serially manufactured at KumAPP. It is built on the coaxial pattern of rotors and has excellent handling and power supply. Ka-226T is equipped with modern flight-navigation equipment, can easily maneuver in dense urban high-rise buildings and in the mountains. The absence of a tail rotor and compact dimensions make it possible to use small landing pads. Ka-226T has a low noise level and meets the most modern environmental requirements. It has a removable transport module that allows you to change the functionality of the helicopter in a short time. "

Ctrl Enter
Noticed oshЫbku Highlight text and press. Ctrl + Enter
We are
As part of Vladimir Putin’s visit to India, a number of large MTC contracts are expected to be signed.Delhi's military strategy - readiness to fight on two fronts
Military Reviewin Yandex News
Military Reviewin Google News
30 comments
Information
Dear reader, to leave comments on the publication, you must sign in.