December 29 2015
36
The patrol ship of the Black Sea Fleet "Sharp-witted" left the Mediterranean Sea and returned to Sevastopol, instead of it the Vice-Admiral Kulakov BOD took over duty, reports MIC with reference to the press service of the Black Sea fleet. 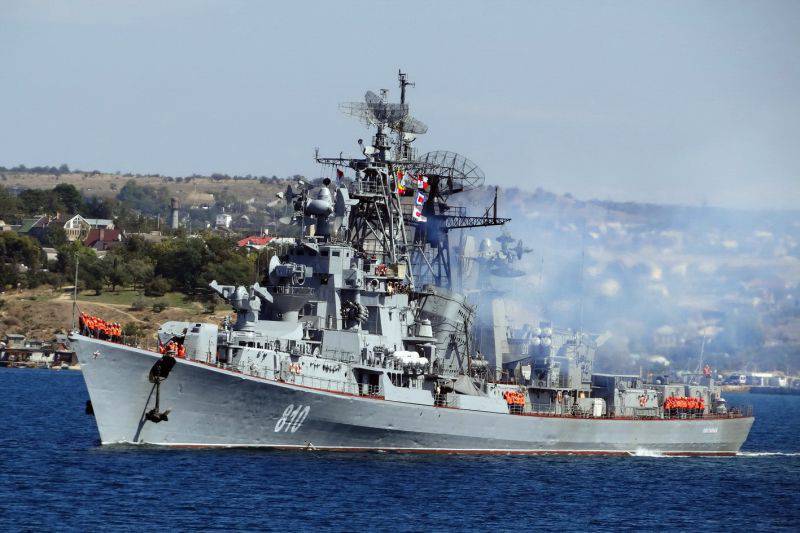 “The patrol ship (SKR)“ Sharp-witted ”left Sevastopol on a long trip 18 of September 2015 of the year. During this time, the ship made a business call at the Greek port of Corfu, where he participated in events as part of the traditional "Russian week on the Ionian Islands", and also visited the Greek port of Patras. Later, the TFR acted as part of a permanent naval compound in the Mediterranean Sea, ”the press service recalled.

It is reported that "on the occasion of the return of the ship from the march in Sevastopol, a solemn meeting was held at the mooring of the connection of surface ships of the Black Sea Fleet."