December 31 2015
21
The Turkish Ministry of Foreign Affairs made an interesting statement. From there it was reported that Ankara is making every effort to restore relations with Moscow. The head of the Ministry of Foreign Affairs, Mr. Mevlüt ушavuşoлуlu, treats the international issue with amazing ease: he assures the public that he doesn’t have to worry about tense relations with Russia, because soon everything will be like the good old days. Moreover, according to the politician, Turkey “never took any negative steps towards Russia”. On the contrary, “negative steps were made in Russia”. 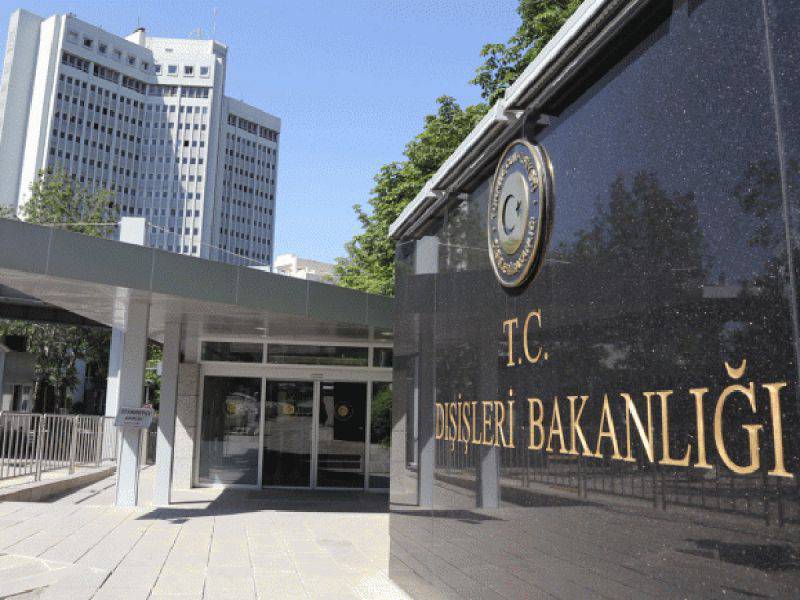 Recall that relations between Ankara and Moscow became “tense” after the Turkish Air Force shot down the Russian Su-24 bomber near the Syrian-Turkish border. Ankara claimed that the plane invaded Turkish airspace. In turn, Vladimir Putin called the actions of the Turks "a stab in the back."

According to the Minister of Foreign Affairs of Turkey, Mevlüt авavusoglu, there is no need to worry because of the tense relations with Russia, because they will be like in the “good old days”. Reports about it RIA News" with reference to the Turkish edition of the Daily Sabbah.

Last Sunday, Mr. Chavushoglu visited the Russian Society of Culture and Arts of Antalya, where he said that Turkey is making every effort to normalize relations with Moscow.

Commenting on the consequences of the incident with Su-24, Cavusoglu said that Ankara is trying to "complete the process" of tension between the states.

“Turkey has never taken any negative steps towards Russia,” the agency quotes him. - But no one should think that we are silent because they are guilty. Russia is an important partner for us, so we will act patiently. No one can break the ties between the two nations - neither politicians, nor anyone else. We will be patient for a while, and everything will be fine. "

“Our president and prime minister have repeatedly and on different platforms declared that they are deeply saddened by the incident with the Russian plane,” the newspaper quotes Chavushoglu "Sight".

According to the head of the Ministry of Foreign Affairs, "it is impossible for the peoples of the two countries to suffer from the crisis." “Unfortunately, negative steps have been taken in Russia towards some of our citizens,” he said. - And we personally conveyed our concern to our Russian counterpart (Foreign Minister of Russia) Sergey Lavrov. I hope that our Russian friends will review the actions taken. ”

So, the position of the Turks is very clear: Russia is an “important partner”, and therefore it is necessary to do so that the “good old days” return. For this Ankara will "act patiently."

Who is to blame for the good times gone? Apparently, Moscow: “Unfortunately, negative steps have been taken in Russia towards some of our citizens.” But Turkey "has never taken any negative steps towards Russia."

And the conclusion follows: "We will be patient for a while, and everything will work out."

This conclusion is also a hint to Moscow: "for some time." Turkish patience is not infinite, the Kremlin should understand this. This is clearly the position of the strong, who is ready to dictate or already dictates to the weak.

Yes, but it is unlikely that the Kremlin "understood" the will of the Turkish sultan.

Deputy Prime Minister Arkady Dvorkovich spoke in an interview with the Russia 24 channel about the future expansion of the sanctions imposed against Turkey.

“There will be follow-up actions, which will be announced, the chairman of the government has already announced them at the meetings,” the vice-premier quotes. RBC. According to Dvorkovich, the Russian authorities intend to "consistently move in this way."

True, the official further stressed that the cabinet of ministers "do not have the task to refuse to cooperate with Turkey completely." “We believe that we need an adequate response to unfriendly actions,” the agency quotes him.

The Kremlin is already demonstrating its willingness to establish contacts with political circles that are opposition to Turkish President Erdogan. Last week, recalls Gazeta.ru, Russian Foreign Minister Lavrov received Selahattin Demirtas, head of the Turkish Pro-Kurdish Party of the People.

It is also known that the visit of this politician to Russia was condemned by Turkish Prime Minister Ahmet Davutoglu.

Alexander Khramchikhin, head of the department of the Institute for Political and Military Analysis, is convinced that the statements of the head of the Turkish Foreign Ministry are not a reason for Moscow to rush into Ankara’s arms.

“The principle of forgive and forget between Russia and Turkey is impossible. The two countries have completely different interests, not to say diametrically opposed. Attempting to build a trusting relationship with Turkey was initially a blunder. And it’s good that after the incident with the plane everything fell into place, ”Khramchikhin said in an interview Reedus.

The expert believes that the wisdom of Omar Khayyam is applicable in international relations: you better be alone than with anyone. Principles are more important than economic benefits, the analyst is sure. The marriage of convenience, which from the very beginning was the relationship between Russia and Turkey, would sooner or later begin to go to pieces. Why should Russia adapt itself to Turkey: after all, even the NATO allies are trying to distance themselves from it! Let the Turks themselves crawl on their knees to Russia, which had risen from its knees, Khramchikhin declared.

However, crawl it? The expert acknowledges that, as long as Erdogan rules Turkey, there is nothing to talk about with Ankara in Moscow. “That's when and if Turkey has a different geopolitical concept, then we will talk,” said Khramchikhin. Let Ankara stop "building a new Ottoman Empire" and return "to the heritage of Ataturk." “And then we'll see,” concluded the expert.

As it seems to us, Mr. Khramchikhin takes too cool. Including when he speaks of Russia rising from its knees. The current Russia, alas, in its export is capable of thinking only with pipes, now with oil, now with gas. Now we have the "South Stream", then some kind of "Power of Siberia." That "Nord Stream - 2" for heat-loving Germans. And for Ankara, the Turkish Stream was invented.

Therefore, the current relations between Turkey and Russia cannot be characterized without an economy. Only here, buying consumer goods from Turkey, fruits and filling the pockets of Turks with tourist currency, the Russians give in exchange the most valuable thing - raw materials. Goods turnover is unequal. And in this sense, Russia is oh so far from getting up from its knees. Alas, our country continues to fulfill the role of a raw materials appendage, both in the West and in the East.

The relations of Ankara and Moscow in the political sense accurately characterize the Russian proverb: found a scythe on a stone. It is unambiguously clear: not one side will give way in the near future. However, the Turks are stronger in this dispute: NATO is behind them, and they, of course, understand Russia's dependence on export markets (you cannot get away from the economy, no matter what Khramchikhin says), and with complacency on their faces openly formulate their strategy: “We will patient for a while, and everything will work out. "

Judge for yourself: 2013 billion cubic meters were supplied to Turkey by Russian Gazprom in 26,7. m of gas, and in 2014 g. - 27,3 billion cubic meters. m of gas. Turkey is the second largest consumer of Russian gas after Germany, reminiscent of "Vesti.Ekonomika". Today Turkey receives about half of all gas supplies from Russia. Gazprom receives from exports to this country 10 billion dollars (data from Bloomberg).

Let us recall, in addition, that a dollar now costs not thirty rubles, or even forty. And therefore, there will be no Kremlin “punishment” here, nor can there be.

Actually, the government itself speaks of this.

How 28 passed December TASS, Russia is ready to increase gas supplies to Turkey. This was stated by the Minister of Energy of the Russian Federation Alexander Novak.

“Russia has gas, Russia gas is cheap enough. We have the appropriate infrastructure, and we are guaranteed to be ready to supply and expand the volume of gas supplies (to Turkey), he said, giving an interview to Russia 24 TV channel.

In his opinion, "economic and commercial cooperation should continue, and will be effective for both parties." Moreover, Novak believes that the Turkish Stream project also has prospects.

Conclusion: a country dependent on the export of raw materials hardly dares to wait when it is “crawled on its knees”. Nobody crawls, that's the thing.

Observed and commented on Oleg Chuvakin
- especially for topwar.ru
Ctrl Enter
Noticed oshЫbku Highlight text and press. Ctrl + Enter
We are
Turkey and Greece. Cold War airspaceSituational analysis of the death of the MH17 flight (Malaysian Boeing 777), made on the basis of engineering analysis from 15.08.2014
21 comment
Information
Dear reader, to leave comments on the publication, you must to register.