"Oak" special forces not a hindrance

January 11 2016
22
27 December 1979 of the year Soviet intelligence agencies stormed the palace of the Afghan ruler Hafizullah Amin in Kabul. However, the storming of Amin’s palace, which was held in Soviet secret documents as the Oak object, was only part of a multi-pass operation called “Baikal-79”. 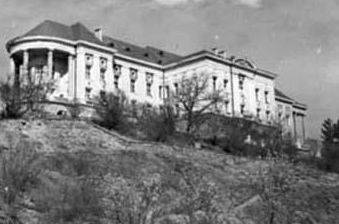 In addition to the residence of Amin, the Taj Beck Palace, our special forces were to take on more 17 objects, including the General Staff building of the Afghan army, military camps located on the outskirts of Kabul, as well as the building of the Afghan Foreign Ministry, the Interior Ministry, the Central Committee of the People’s Democratic Party of Afghanistan, and the television and radio center and a number of others. Special operations of the KGB of the USSR "Alpha", "Zenith", "Grom", a special forces detachment of the border troops "Gvozdika", airborne and motorized rifle units of the Ministry of Defense were involved in the operation. The head of the illegal intelligence department of the First Main Directorate of the KGB of the USSR, Major-General Yuri Drozdov, led the operation “Baikal-79”.

The operation was prepared for a long time and thoroughly. A few weeks before the start of Baikal, the Kabul military airfield transport aviation delivered soldiers and officers of the 103rd Guards Airborne (Vitebsk) Division. At the same time, the 108th motorized rifle division of the Turkestan military district arrived at the place of new deployment, crossing the Amu Darya near Termez. In addition, two more regiments were additionally deployed to Afghanistan - the 345th separate guards paratrooper and separate motorized rifle of the Central Asian military district. 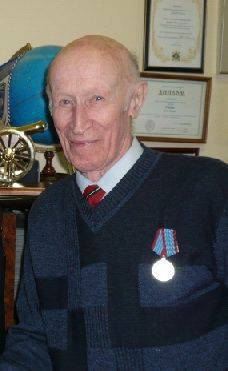 Head of Operation “Baikal-79” Major General Yuri Drozdov
Finally, before the arrival of all these units, the so-called Muslim battalion of GRU special forces with a total number of 520 people was already in Afghanistan. It was formed in the summer of 1979, from conscript soldiers - Tajiks, Uzbeks and Turkmen.

These were the forces intended to be used for the successful conduct of Operation Baikal-79. Looking ahead, we note that over the past three decades, nowhere in the world has an operation been carried out, which can be compared to Baikal in terms of the effectiveness of the interaction of various security forces.
Our fighters were opposed by two infantry divisions of the Afghan army of 10 thousand people each, two tank brigades, as well as 3 thousand fighters of the Commandos regiment, 2 thousand guards of the palace of Amin and other government buildings, and, finally, 1,5 thousand security personnel.

So, on the evening of December 27, the storming of Amin’s palace began. Special Forces soldiers rushed to the Taj Bek on six Beterah. The “Muslim” battalion covered the capture group from a possible stab in the back.

Overcoming in a few minutes a well-swept space in front of the palace, the special forces fighters broke through to the first floor of the building. A shootout ensued with the internal guard of the palace. After a short but hot battle, the assault group of our special forces split up: some of the men led by Colonel Grigory Boyarinov went to the communications center of the palace to destroy it, another officer, Mikhail Romanov, contused by the grenade explosion, remained to cover them from the rear. The rest of the special forces rushed to the second floor.

Their main goal was Amin. The Afghan dictator, according to Soviet intelligence, was on the second floor of the palace, and our special forces had to take him alive or dead.

Amin's body was found in a few minutes. The dictator was killed by a grenade splinter. Actually, at this main stage of the operation to seize the palace was completed. However, the guards, despite the death of their boss, still resisted, and in some places quite tough. So for the Zenit and Thunder Special Forces, the battle lasted another fifteen minutes - until all the guards of the palace were killed or surrendered. Only ten people survived from the inner guard of Taj Bek. The operation to seize the Oak object took 45 minutes. 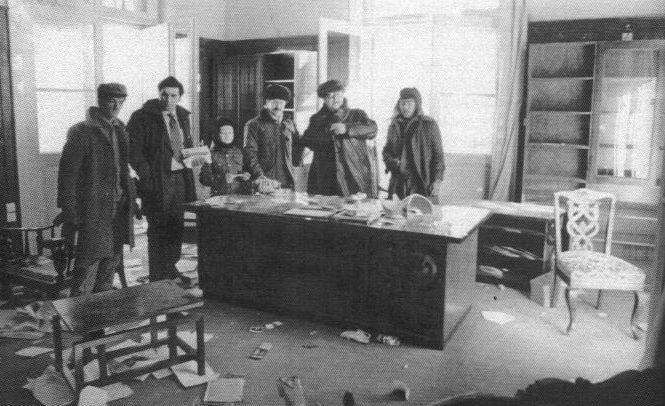 Soviet special forces fighters and foreign journalists in Amin's office
But even after the capture of the palace, the battle did not stop. The remains of the third battalion from the brigade of the palace guards continued to shoot back the whole day. The paratroopers and the "Muslim" battalion were engaged in suppressing resistance. However, the lion's share of Afghan soldiers guarding the palace surrendered almost without a fight. Then 1700 fighters from among the guard of Taj-Bek were taken prisoner. Several hundred were killed, the few survivors managed to infiltrate the mountains and subsequently replenished detachments of the Mujahideen.

Simultaneously with the storming of the Amin Palace, the special units of the KGB of the USSR, with the support of paratroopers and motorized riflemen, took possession of other strategic facilities in Kabul and its surroundings. Everywhere our losses were minimal. So, during the storming of the General Staff building, which was guarded by more than two hundred people, only two of our special forces were wounded. Afghans, however, lost only two dozen people killed. Another two hundred surrendered.
Meanwhile, the enemy was quite experienced, since many officers of the Afghan General Staff participated in military coups and battles with insurgents, and in addition, received excellent training in military schools of the USSR. Of particular danger was the chief of the General Staff of Afghanistan, who at that time was serving as Minister of Defense, Muhammad Yakub. This energetic 40-year officer had tremendous power in the army.

He was feared as fire. There is a case when Yakub, conducting a review of the troops, was so angry with some officer that he snatched an automatic rifle from a soldier standing nearby and discharged the entire store of the perpetrator. Jakub was especially famous for the suppression of the rebellion of the Jalalabad division. Then Yakub, fanatically devoted to Amin, personally flew to Jalalabad and crushed the insurrection literally in a matter of hours. At the same time personally shot 120 people from the curfew company.

And nevertheless, neither Yakub’s sharp temper, nor overwhelming numerical superiority, nor the experience gained in previous battles, saved the enemy from complete defeat. By the way, Yakub was wounded during the exchange of fire with the fighters of the Soviet special forces and was killed by his own Afghans ...
In January, 1980, analyzing the results of the first operations of the Soviet special forces in Afghanistan, Yuri Drozdov came to the conclusion that a special unit should be created in the structure of the KGB to perform special tasks abroad.

“In January, 1980, I wrote my first note addressed to the KGB chief, Yuri Andropov,” recalls Yuri Drozdov. - The note in detail justified the need to create special forces. In fairness, I want to note that similar units in the KGB already existed by that time. This group "Thunder" and the detachment "Zenith".

But they were created only for a certain time to conduct a specific special operation in Kabul, and their personnel were recruited from specially seconded employees of territorial state security agencies, border guards officers and graduates of higher educational institutions of the KGB of the USSR. At the end of the special operation, the Zenit and Thunder fighters plunged into airplanes and flew home, and the special forces themselves ceased to exist.

So, I proposed to form a special unit that would operate on a permanent basis. Soon Andropov called me. I remember our conversation very well. “Why do you need such a unit in intelligence?” Asked Yuri Vladimirovich. I explained. “And how many fighters do you need?” Andropov asked. “At least a thousand and a half,” I reply. “Well, well, prepare concrete proposals, we will consider them.” This conversation is over.

During the year, Andropov did not return to this topic. Suddenly, in August 1981, Yury Vladimirovich again calls me and sends a copy of the decree of the Politburo and the Council of Ministers on the creation of a special group of the KGB of the USSR “Vympel”. “Here are the documents for you, and prepare the people,” Andropov said goodbye. - And so they were the best!

Soon a subdivision appeared in the structure of the First Main Directorate of the KGB of the USSR history under the name "Pennant". However, this is a topic for a separate conversation, and we will definitely return to it.

Ctrl Enter
Noticed oshЫbku Highlight text and press. Ctrl + Enter
We are
"Storm-333" or as stormed the palace of Amin
Military Reviewin Yandex News
Military Reviewin Google News
22 comments
Information
Dear reader, to leave comments on the publication, you must to register.