$ 11,2 million spent by the US per week on the antiterrorist campaign in Iraq and Syria

December 28 2015
29
From the next report of the Pentagon it follows that for all the time of the large-scale Inherent Resolve operation conducted in Iraq and Syria, $ 5,359 billion has been spent. This is reported by the blog bmpd with reference to www.defense.gov. 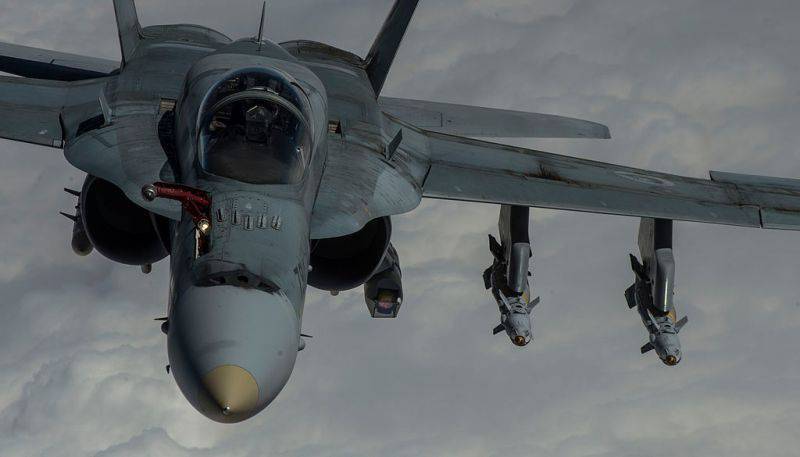 "According to the US Department of Defense on November 30, 2015, large-scale aviation the campaign cost $ 5,359 billion, or an average of $ 11,2 million per week. The largest expense item was the cost of aviation flights, including both fuel and aircraft maintenance. They accounted for 2,727 billion dollars. Ammunition costs amounted to another $ 1,256 billion. $ 1,353 billion was spent on logistics and operations, ”the blogger reports.

According to the document, such a material support of the operation allowed “the USAF with 8 August 2014 g to perform 25581 departures, of which 10932 was used weapon". Total 31873 units consumed ammunition.

In addition to combat missions, reconnaissance flights were carried out (more than 11000), as well as transport flights for the transfer of people and cargo (also around 11 thousand).

“The attention and impressive workload of tanker aircraft attracts attention. In the interests of the operation, they made more than 18 thousands of sorties, making 106474 refueling in the air of both US aircraft and other members of the coalition, transferring 509 thousand tons of fuel to them, ”the resource notes.

Ctrl Enter
Noticed oshЫbku Highlight text and press. Ctrl + Enter
We are
Reports from the militia of New Russia for 29 August 2014 of the yearThe blogger easily climbed into the hangar and made a photo of the Ka-52
Military Reviewin Yandex News
Military Reviewin Google News
29 comments
Information
Dear reader, to leave comments on the publication, you must sign in.