December 29 2015
4
The name of Victor Afanasyevich Spiridonov is familiar to all lovers stories domestic RB. Along with other founders - known and not so - Spiridonov developed the science of attack and defense. He is the author of the abbreviation "Samoz", which was later transformed into other abbreviations. Also in the books of Spiridonov for the first time the approach of work "according to the principles" is found. It is believed that the development of V. Spiridonov included in the so-called. "Sambo combat section" (in Soviet times, the so-called technology for law enforcement officers and DND; mostly zalomnye technology for detention and convoy). During the Second World War, Spiridonov trained the fighters of the Separate Special Purpose Motorized Infantry Brigade (OMSBON) of the NKVD (in fact, it was a sabotage special forces). In September, 1941, he personally trained members of the squad "Special". It is believed that after the death of Spiridonov in 1944, his system ceased to exist. But there were students who handed over their knowledge to their students. In its pure form, the direction of Spiridonov was not preserved - there was an interchange between technicians, work was being done, something was being introduced, something was being removed. But the system is not gone. One of the former students, now the coach - Alexander M. - decided to talk about the direction of the Republic of Belarus Dynamo, which is based on Spiridon’s “Samoz”. 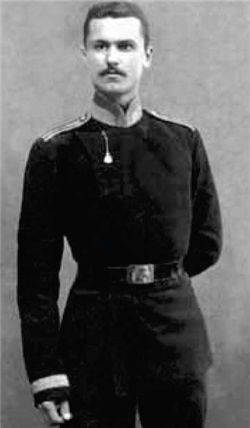 1. Characteristic style (school, direction) in one sentence
- A style designed to perform any combat missions and the ability to act on any rules of sports fights.

- I find it difficult if I formulate myself, perhaps: “good must overcome evil!”

- Victory in any battle

- The shortest and effective terms of training. First, the essence of reception on the opponent in the anatomical rack is explained, then the features of practical application are given, based on the tasks of application.

- All kinds. During its existence, the school of martial Sambo of Dynamo direction took all the advanced experience in the development of martial arts and adopted the most effective one.

- The ultimate goal is the ability to detain any person with any level of training without causing significant harm.

- Can be carried out by any rules. The version of the RBD (hand-to-hand fight Dinamo) was most recommended to the current employees of the security forces, as injuries were excluded, while there were no restrictions on equipment - there were restrictions only on the degree of contact. In fact - a lightweight version of combat sports sambo.

- All kinds of training with a scientific approach to methods.

- Available in two versions:
1) divided by accounts;
2) smoothly without jerks and stops.

Both versions were taught at the Institute. Lesgafta, as instructor training techniques.

- In the security forces was given a separate discipline, as a special tactic. operations (TSP); Teaching for the civilian population causes some difficulties, since there is no experience of such teaching. This is due primarily to the vulture on the method of preparation. Difficulties in practice of teaching with the motivation to learn: if the security forces clearly understand the need to study this topic, then a civilian with a weapon is often outlawed.

- The general principles of combat in close contact, created by Spiridonov, and mentioned in the book of Oznobishin, were developed during the Second World War during the training of military intelligence officers. Later in the GRU, this technique was brought to the highest perfection and allowed to fight in any conditions, including underwater combat. Due to the vultures of secrecy, we received a return in the form of the popularity of Brazilian jujitsu and the grappling version of ACDC. But none of these schools has an academic basis (the possibility of preparation from simple to complex on the basis of scientific principles). At least, I have not met a person who could explain to me the methods of preparing traffic safety and ADCS consistently from simple to complex. I can explain the work in the stalls to anyone on any approach: after a throw (as was usually done in Sambo) and on the part of skills in movement (as is done in Oriental styles).

14. Work in non-standard conditions, from non-standard opponents (in water, in darkness, confined space, from a dog, etc.)

- I did not fully go through the training in combat in the water, I know only general principles that have a technical connection with the stroke technique (shvung), which are also the basis of fighting in close contact with Spiridonov.
In the battle in the dark, in limited space, in non-standard conditions, from non-standard opponents, there are general recommendations. There are no completed methods and cannot be, therefore they are not standard.

16. Other effects from occupations (improving, developing and etc.)

- Full control of your body.

- The sequence of skills from simple to complex.

18. Application in life (a case of self-defense, when the student was able to protect himself in this direction).

- A lot of examples, including personal experience.

19. How did you come to this direction?

- For the first time I got into the boxing room DSO "Labor Reserves" as a child. 2 years of hard work allowed me to achieve some success. I had good punches, I learned how to fight in the ring. But I was tormented by the question of the ability of a person to fight, always and everywhere. I tried to find the missing skills in the hall where Sambo was taught. I noticed that the police officers, prepared according to their simple program, successfully carried out their tasks. It aroused interest. Fortunately for me, I was assigned a police officer in a pair in the sambo hall, who was suitable for me by weight and size. From him I first received a number of training skills, which I am writing about now. Then I studied wherever I could, meeting interesting and wonderful people.

20. Has the Spiridonov system been preserved in its pure form?

- There is no Spiridonov style in its pure form, but the Dynamo system maintained its approach to accelerated training of employees. Much was refined and created after Spiridonov. Narrow application sections were developed according to his approach. When there was no Internet, it was necessary to exchange information in person, in parts to collect technical developments in combat sambo from the direction of Dynamo from different instructors. When RB Dynamo appeared, they more or less gathered everything in one heap, outlined common approaches.
With the classical direction of sambo, an exchange constantly occurred. Civilian trainers came to Dynamo, to training centers for employees.

- After 16 years of classes, in 1995, I was offered to start training a group of boys left without a coach, according to the RB Dynamo program. I got acquainted with the program, and I liked it. The program had all the general training requirements that I imagined, a minimum of technical limitations, and serious injuries were excluded. After six months, I got into the service in law enforcement, I received the necessary training from good instructors. Engaged himself in training staff. 90-ies demanded the creation of units to capture armed criminals and the release of hostages. I was trained in this direction, created my unit, we successfully carried out combat and training operations. At the same time, I continued to work with adolescents.

When I became unnecessary to my state, working with the preparation of adolescents, the desire to wrest them from the streets and bad companies, my upbringing in the spirit of military service (I am a descendant of the Kuban Cossacks) became the motives for continuing my coaching activities. I did not have, and no ambitions in the plan to become famous or earn money. In an atmosphere of declining morals, loss of spiritual values, it became important for me to give young people guidance on their own body, on their love for a healthy lifestyle, on fulfilling their essence as a man and a warrior.

A few years ago I was faced with the development of grappling and mixed martial arts. Great directions. However, among adherents of these directions, there is a lot of undeserved criticism in the direction of sambo, sympathy for foreign methods. It became a shame for their teachers, mentors, instructors and like-minded people, for those who stood at the origins of sambo development.

I teach children, I keep Dynamo (Spiridon) training approach, but Dynamo has lost contact with the Federation of the Republic of Belarus.