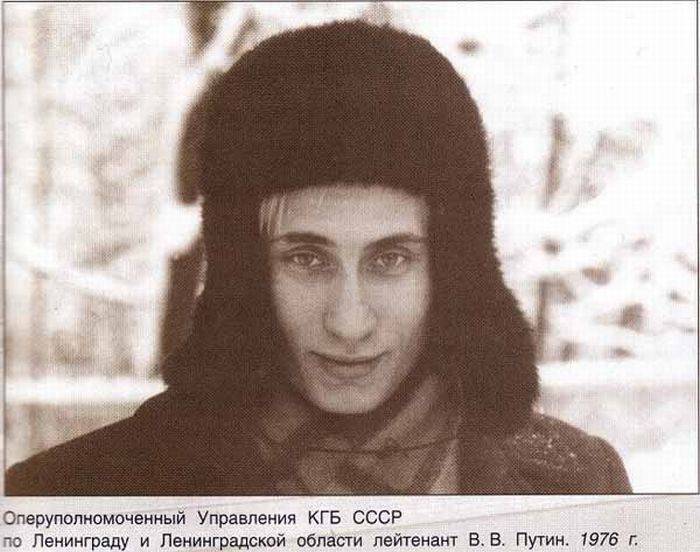 After Vladimir Putin inherited the reins of power from Boris Yeltsin, a former KGB intelligence officer, promised to pull the Russian people out of the abyss of contention and restore lost dignity after the collapse of the Soviet Union. After 15 years of being in power, the “soldier from St. Petersburg” not only restored respect for his country, but using the “nuclear shield” became the star of world geopolitics, the protector of the Ukrainian separatists and the Bashar Assad regime.

“Putin turned out to be a decisive leader, ready to play an active role in world politics. For me, Vladimir Putin is undoubtedly the politician of the year, ”said Andre Gerrits, a professor at the Russian Department in an interview stories Leiden University.

Recent events in the Crimea have shown that when Russia's national interests are at stake, then Putin without hesitation resorts to violence. For Europe and the United States, such behavior is unacceptable, so they have to endure situations created by the Russian leader.

The President of Russia was born 7 October 1952, in Leningrad, in a working-class family. He studied at the University of Leningrad in the international department of the Faculty of Law. Successfully graduated from it in 1975 year, after which he was sent to serve in the USSR State Security Committee. In the ranks of the Russian special services, Putin served 16 for years. There are many unconfirmed legends about these years of his life.

According to the official version, Putin served in Dresden (GDR), where he coordinated the work of Soviet agents.

According to the former chief of East German foreign intelligence, Marcus Wolf, Putin was "a rather insignificant figure." This is evidenced, at least, by the fact that for his merits Putin received from the Ministry of State Security of the GDR only a “bronze medal of the National People’s Army”.

Vladimir Putin has always been proud to have served in the KGB. While abroad, he was able to observe the process of disintegration of the communist regimes, while remaining a tough and disciplined officer.

“Years of service in the KGB left their mark on how Putin perceives the world around. He is deeply convinced that if a country is weak, there will always be a power that wants to take it into its own hands. This is exactly what happened with Russia in the 90s, ”says Andre Gerritz.

Upon returning from Germany, he retrained from a secret agent to a public servant. In 39 years, Putin was appointed head of the external relations committee of the St. Petersburg Mayor's Office, and six years later he went to Moscow to attract Yeltsin’s attention and then firmly establish himself in the highest echelons of power.

Vladimir Putin, having arrived in Moscow with his wife Lyudmila (was married before 2013) and daughters Catherine and Maria, is quickly moving up the corporate ladder. At the beginning of his career, he holds the post of deputy manager of the affairs of the president of the Russian Federation, and after only two years he is appointed director of the Federal Security Service and secretary of the Security Council of the Russian Federation.

In August, the 1999 of the year, when four prime ministers in Russia changed over the 17 months, Boris Yeltsin unexpectedly appoints Putin as prime minister and on the same day in his televised address calls him his successor.

“We are military and must follow orders,” Putin said in this connection.

In March, 2000, Putin won the first round of the presidential election, gaining an 52,94% of votes. He immediately put an order with the “iron hand” among the oligarchs who were enriched during Yeltsin’s rule, and also neutralized the activities of non-governmental organizations with the help of urgently adopted laws. In 2012, the Putin-Medvedev tandem makes castling to give Putin the opportunity to legitimately return to the presidency.

"The main task of Putin during the third term of the presidency is to ensure the survival of the regime and create conditions to stay in power for a new term," said Ekaterina Sokirianskaya, a Russian expert at the International Crisis Group.

“Putin’s ultimate goal is to create the necessary conditions for the survival of the regime in order to continue to rule the country until he decides to transfer power to whom he infinitely trusts,” said the expert of the International Crisis Group.

However, now due to the collapse of oil prices, he does not have the financial resources to at least maintain the same level of economic well-being of the Russians as he had in the previous two terms of his administration.

Under new conditions, Putin was forced to revive the specter of nationalism.

Putin is resorting to the old, well-known mechanisms for consolidating society. He offers the Russian people the great idea of ​​nationalism, which has its roots in the historical past, when all sorts of difficulties and complexes were attempted to overcome by rallying the people. Soviet propaganda has always been based on such feelings as pride in its great power and self-sacrifice for the prosperity of the country. At the same time, the power of the state was perceived not only as a military force, but also as an opportunity to impose its will on other countries through military superiority.

Analysts agree that in 2016, Vladimir Putin will face many challenges that he will inherit from the outgoing year.

The greatest threat lies in the deterioration of the economic situation in the country due to falling oil prices and economic sanctions by the US and the EU imposed on Russia after the annexation of the Crimea and the support of pro-Russian separatist forces in the eastern part of Ukraine.

According to experts, in Russia the deterioration of the quality of social services will continue, especially in the field of health care, as well as the erosion of state management structures due to a decrease in budget revenues.

The terrorist threat will increase as a result of Russia conducting an air operation in Syria. Russian diplomats, tourists and businessmen abroad may be potential targets.

This year everyone will be remembered for the terrible tragedy with the Russian Airbus A321 aircraft when, as a result of a terrorist act, the responsibility for which was taken by the IS militants, 224 people were killed. Russia acknowledged that it was a terrorist act.

In the international arena, tensions with NATO, the United States and Turkey have become even more tense, after Russia, in response to the destruction of the Russian bomber SU-24, imposed sanctions on Ankara.

Ctrl Enter
Noticed oshЫbku Highlight text and press. Ctrl + Enter
We are
"Polite people" in the Crimea through the eyes of AmericansSyria: Americans scare themselves, and Asma Asad buys chairs
Military Reviewin Yandex News
Military Reviewin Google News
199 comments
Information
Dear reader, to leave comments on the publication, you must sign in.