Secret US contacts with the Assad regime (The Wall Street Journal, USA) 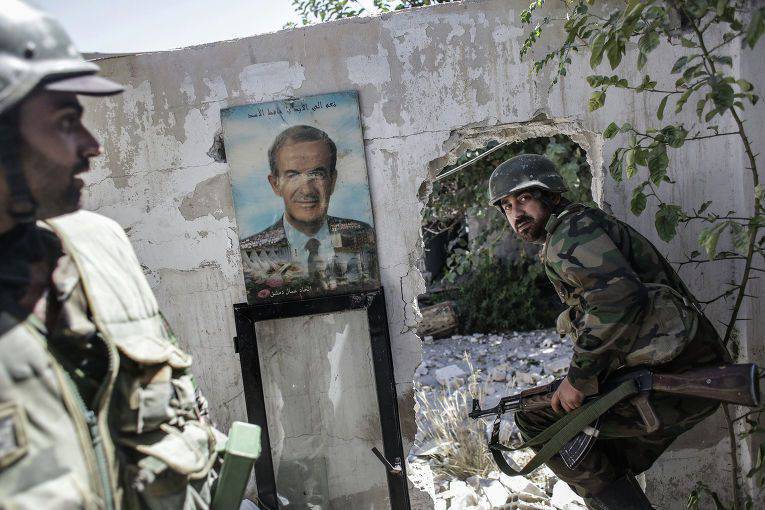 The Obama administration has secretly liaised with some representatives of the Syrian regime for several years in an unsuccessful attempt to curb violence and force President Bashar al-Assad to give up power. This was told by American and Arab officials.

At first, the USA looked for cracks in the regime in order to provoke a military coup with their help. But they found very few such cracks. These efforts show how difficult it is for the presidential administration of Barack Obama to understand and find common ground with this Middle Eastern dictatorship, which has been led by the Assad family for 45 years.

But unlike the secret channels of communication between the White House and Iran, actions in Syria did not gain momentum, and contacts were limited. This material was based on interviews with two dozen people, including former and current US officials, with leaders and diplomats from Arab countries. Previously, these contacts are almost not reported.

US officials said that contacts with the regime were disordered and sporadic, and that the focus was on several very specific issues. From time to time, high-ranking leaders communicated directly among themselves and with other people, and sometimes sent their messages through intermediaries, choosing Russia and Iran for this purpose as the main allies of Assad.

Assad himself several times contacted the administration in order to convince her to unite with him to fight terrorism.

In the 2011 year, when the regime began to suppress protests, and soldiers began to desert from the army, American intelligence officers identified officers from the Assad minority of Alawites who could carry out a regime change. This was told by former US officials and European officials.

“In 2011, the White House’s policy was aimed at implementing transformations in Syria, for which he searched for cracks in the regime’s structure and offered people various incentives and rewards to leave Assad,” said a former senior administration official.

But the regime held steadfastly, continuing to tighten the screws.

The administration has never shied away from its key political principle, which was that Assad should ultimately resign. However, instead of convincing Assad to withdraw, secret contacts reinforced the Syrian president’s thoughts about his legitimacy and impunity.

Because of this, the world powers began to argue about the future of the Syrian leader in the settlement process. It also hampered efforts to consolidate the international struggle against the "Islamic State".

“There were moments when we said:“ You can create more favorable conditions for a cease-fire if you stop dropping barrel bombs, ”said a senior American official. - There was communication on certain issues. This is not Cuba or Iran, and as for Syria, we thought that through secret bilateral negotiations we would be able to solve the problem. ” Questions about contacts with the Obama administration, directed by Assad’s adviser Butayne Shaaban (Bouthaina Shaaban), remained unanswered.

Throughout the conflict, two key elements of the American strategy regarding Syria, which are political and military pressure on the Assad regime, often rested against the wall, because of which the administration had to change tactics several times.

“This regime is politically very flexible. These people are very smart, - said former American Ambassador to Damascus Robert Ford (Robert Ford). “They always look for flaws and weaknesses in others and go beyond standard actions.”

But by the summer of 2012, the White House’s strategy for organizing a regime change had failed. The United States began to support the rebels, but acted too slowly. “Russia doubled its stakes, Iran doubled its stakes, but all this did not have a real effect,” said a former administration official.

In the summer of 2012, the administration, through the Russian and Iranian representatives, conveyed a warning to Assad that he should not use chemical weapon.

In addition, US officials spoke directly to their Syrian counterparts. Retired Undersecretary of State William Burns (William Burns) called Syrian Foreign Minister Walid al-Moallem two times and passed on these warnings to him.

Fearing further escalation on the part of Assad, in August Obama 2012 openly held the red line on the issue of chemical weapons. Despite these warnings, in August 2013 was attacked using sarin, in which approximately 1 400 people died. And although Obama threatened to respond with military actions, in fact he made a deal with the regime to destroy the Syrian chemical weapons stockpiles.

Over the next two years, Washington changed the content of its signals to Damascus, trying to focus on containing the conflict.

But there was another reason for maintaining contact with the regime. In Syria, there are missing or five American citizens are in prison. Assistant Secretary of State Anne Patterson discussed their fate at least twice with Syrian Deputy Foreign Minister Faisal Mekdad.

Then the Obama administration returned to diplomacy, trying to bring the Syrian government to the negotiating table.

At the center of these efforts was a businessman from Homs province and Assad's confidant Khaled Ahmad (Khaled Ahmad), who in recent years has become the main representative of the Syrian leader in contacts with Western officials, including American diplomats. Ahmad did not answer the questions of The Wall Street Journal sent by mail.

"Assad was looking for ways to start talks with the White House," said Syria specialist Joshua Landis, who teaches at the University of Oklahoma. Ahmad in this case was his chief plenipotentiary.

At the end of 2013, the former ambassador to Damascus Ford, who had become special representative of the administration for Syria by that time, met with Ahmad in Geneva on the eve of the talks scheduled there. Ford told Ahmad that the United States is still striving for political transformation, which calls for the withdrawal of Assad’s rule.

Ahmad said in response that the United States and the West should help the Syrian government in the fight against terrorism.

The strengthening of the Islamic State in 2013 took the American administration by surprise. Asad saw this as a good opportunity to gain a foothold in the role of partner in the fight against terror that engulfed the Middle East region, which began to spread in the West.

By the year 2014, when the United States expanded the area of ​​air strikes against militants, and apart from Iraq, began to destroy them in Syria, State Department officials began to call their colleagues from the Syrian Foreign Ministry, warning them that Damascus should stay away from American aircraft operating in the Syrian sky. . This was told by US officials and other people familiar with the content of contacts.

Today, when Washington intends to notify Damascus about where it will deploy Syrian fighters trained by the United States and fighting with the Islamic State so that they will not be mistaken for insurgents, the American representative to the UN Samantha Power sends his deputy to negotiate with Syrian representative Bashar Jaafari (Bashar Jaafari).

The White House states that such notices are not cooperation with the regime. However, Assad uses them to his own advantage.

“The regime has regained legitimacy,” said Syrian journalist Ibrahim Hamidi (Ibrahim Hamidi), who headed the bureau of the leading pan-Arab newspaper Al Hayat in Damascus. “Any contacts with the United States, and even the appearance of such contacts, give him advantages.”

Simon, who left the White House in 2014, met at least twice with Ahmad before going to Damascus. He told his former colleagues that this was his personal initiative, and that he was going to Syria not on behalf of the government, not in an official capacity as a representative of the administration, but at the invitation of Damascus.

Simon notified former White House colleagues and State Department officials about his intention to meet with the Syrian leader. Before and after talks with Assad, he met with former colleagues from the National Security Council, including his senior director Robert Malley.

Simon spoke about the steps that the regime can take immediately to obtain credit from the international community: refusal from barrel bombing, intensification of the fight against ISIS, and not with anti-government rebels, as well as cooperation with the UN in cease-fire efforts in places.

Assad responded with familiar phrases, focusing on the struggle he is waging against terrorism. He showed a certain degree of readiness for a cease-fire on the ground on the terms of the authorities.

In the following months, a debate began in the White House on what to do next: to strengthen American opposition to the Assad regime or to highlight the fight against the Islamic State to the detriment of the task of eliminating the regime.