Taiwan has developed a all-round camera system for the Cloud Leopard armored vehicle. 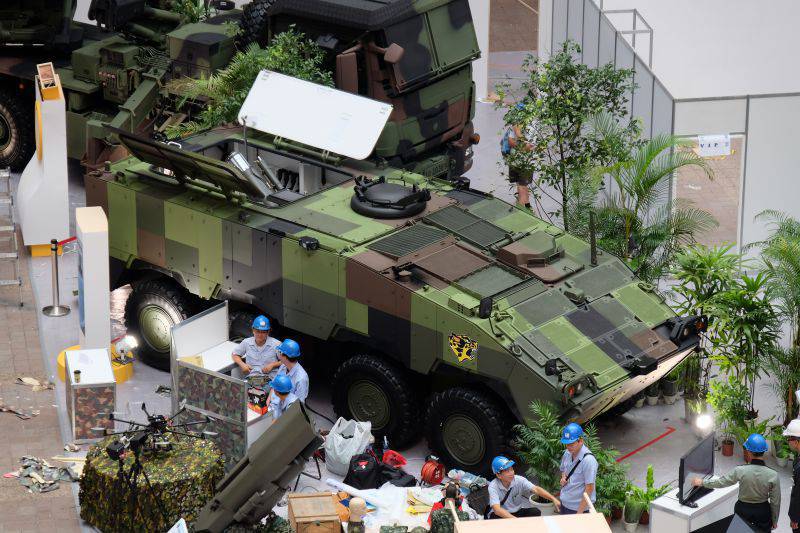 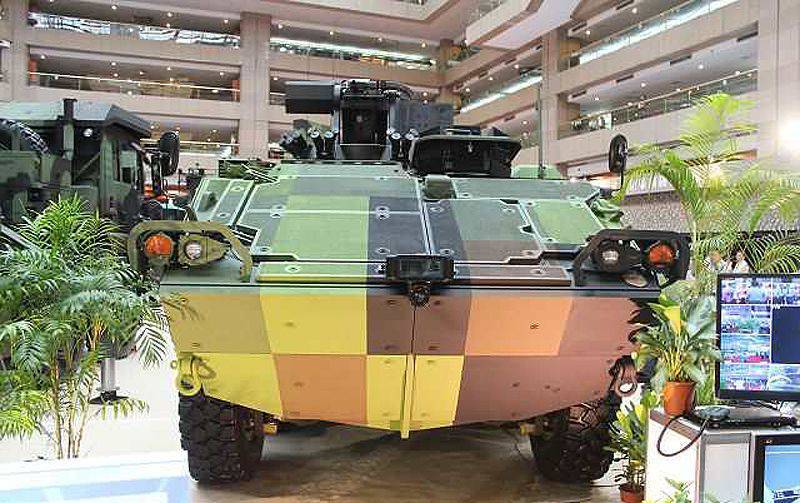 The system consists of 16 high-resolution cameras installed along the perimeter of the machine body; this system increases the situational awareness of the driver and commander

The Taiwan Ministry of Defense presented an external surveillance camera system, which is designed to increase the situational awareness of the crew of the CM-32 8x8 Cloud Leopard armored personnel carrier.

The all-round monitoring system developed by the 209th Military Plant is one of the latest achievements of Taiwanese technology, shown at the TADTE (Taipei Aerospace & Defense Technology Exhibition 2015), held in Taipei.

The system consists of 16 high resolution cameras for low light. Three cameras are installed in front, three cameras along the sides, two cameras in the stern and one each on the rear-view mirrors; This provides a circular view of the 360 ° around the machine.

Three additional fixed cameras are installed on the driver's hatch in order to increase the level of ownership while driving with closed hatches.

Images from 16 cameras are combined into a composite image, which displays the people surrounding the car or large objects. If desired, it can display images from each individual camera.

A key feature of this circular monitoring system is its ability to detect movement using proprietary algorithms developed by engineers at the 209 military factory.

Using complex algorithms, the signal processing system automatically recognizes the movement of pixels in the displayed images and informs the commander of the vehicle about these facts. Realizing that there is a high probability of false positives in a noisy space, the engineers programmed the system so that it ignored moving objects of a certain size, such as birds and small animals.

The representative of 209-th military plant said that the option presented at the exhibition TADTE, is a prototype and there are plans for further development of the system.

"The system in this embodiment generates only a two-dimensional composite image, it looks like we are looking down while standing on the machine."

"We are currently developing an improved interface that is capable of generating a three-dimensional model and will allow the commander to see the situation around the machines from different angles."

It is clear that while the system of the circular review is optimized only for the Cloud Leopard armored personnel carrier, but the plans of the Ministry of Defense are to offer this system for installation on other armored vehicles. “The system needs only partial refinement,” said a plant representative. “Depending on the requirements, we can adapt it to other types of machines.”

Circular systems for armored vehicles are becoming increasingly popular in the Asia-Pacific region; The armed forces of this region want to increase operational safety in training, as well as tactical flexibility in combat conditions.

Other machines that have similar systems installed include the Chinese Type 8x8 07PD and the Singapore BTR 8x8 Terrex.

Terrex, however, is the only machine in which the video image is displayed on the display in the troop compartment. This is done to increase the level of situational awareness of the landing force and to reduce the time of orientation in the situation immediately after the landing.

According to some manufacturers, the problem of developing such systems is focused on the exact location of the camera complex, as well as the merging of individual streams of images in order to provide clear and accurate information about the situation around the car.