December 27 2015
39
Every year December 27 in Russia celebrates the Day of the rescuer. This holiday date appeared in the calendar in 1995 year, and therefore we can assume that the holiday today has its own anniversary - 20 anniversary. 26 December 1995 was signed by presidential decree number 1306, the official name of which is “On the establishment of the Day of Rescuer of the Russian Federation”. But if the decree was signed on December 26, then why was the 27 number chosen as the date of the holiday? The fact is that it was 27 in December, but only in 1990, a rescue corps appeared in our country, which became the prototype of the future MES. The full name of the modern department sounds like the Ministry of the Russian Federation for Civil Defense, Emergencies and Elimination of Consequences of Natural Disasters. To the ministry - 25!

The Ministry of Emergency Situations, by the way, is a unique department within the Russian government, not only because it accumulates the forces and means to prevent or eliminate the consequences of disasters and accidents, but also because history his existence, the change of minister in him occurred only once. 21 May 2012 took over the post Vladimir Puchkov, who replaced Sergey Shoigu as Minister of Emergency Situations (if you do not take into account the short period spent by the Acting Minister Ruslan Tsalikov, who today holds the post of 1-th Deputy Defense Minister of the Russian Federation).

During the years of its existence, first the rescue corps, and then the ministries, Russian rescuers took part in thousands of operations not only in Russia, but also in a number of other countries of the world.

In 2011, Russian specialists went to Japan to participate in the aftermath of the devastating earthquake of magnitude 9 points. As it is known, the Japanese islands (the northeast coast) were covered by a wave of a giant tsunami, which literally splintered the infrastructure and residential buildings. Rescuers EMERCOM of the Russian Federation then helped the Japanese colleagues to get people out from under the wreckage of structures, to dismantle debris, monitor territories in search of injured persons caught in water captivity in the flooded areas. 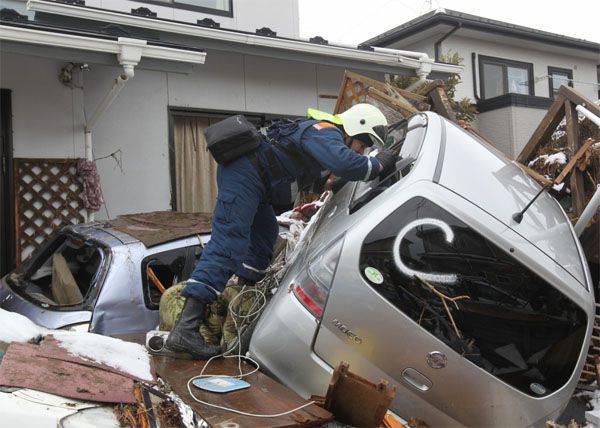 Thanks to the work of Russian specialists, it was possible to provide the necessary assistance to hundreds of people to restore the operation of the power supply system, which allowed to intensify the course of the entire rescue operation in the north-east of Japan, which was affected by the earthquake and tsunami also with the threat of radioactive contamination of the area. Russian rescuers then worked in truly extreme conditions: at night the temperature fell below -10 Celsius, the flooded structures and fragments of buildings under which people were frozen, they had to take emergency measures to save the victims. And today Japan is introducing economic sanctions against Russia. Such a specific "gratitude" from the Land of the Rising Sun ...

In August, 1999, the EMERCOM of Russia staff went to help the Turks in the process of eliminating the effects of an earthquake near the coast of the Sea of ​​Marmara. Then, Russian specialists from the rubble of buildings in Izmit and Adapazar extracted 72 living people - as many as all the international rescue teams working in the earthquake eradication zone, taken together. Rescuers EMERCOM of Russia took part in extinguishing a fire at a petrochemical complex in Izmit. The fire was caused by an earthquake and could initiate explosions of tanks with liquefied hydrocarbons. 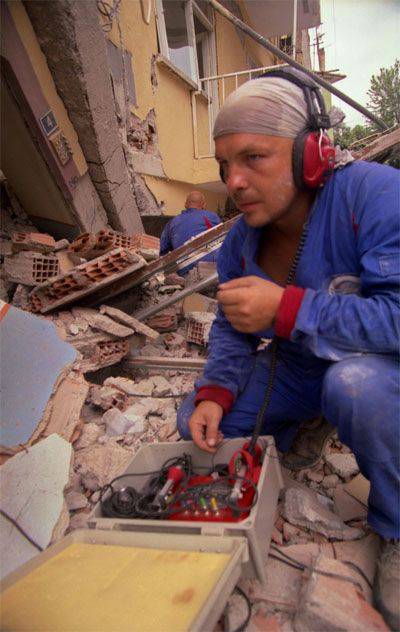 What about today? And today, the petrochemical complexes of Turkey are delivering oil purchased for a song from the IG militants, and the Turkish fighters bring down the Russian Su-24M, whose crew carried out the counter-terrorism mission in Syria. This is also a kind of "gratitude", but already from the Turkish leadership and those forces who decided that good should not be answered with good.

In 2005, more than 60 tons of relief aid were delivered to the United States by emergency ministry aircraft for needy US citizens affected by the rampant hurricane Katrina. And today the United States itself is sending "humanitarian" aid ... But only in the form weapons, ammunition, ammunition and communications equipment to the militants of the Ukrainian Nazi battalions, so that they continue the punitive operation against the population of Donbass. Today, the United States is sending “humanitarian aid” to militants in Syria and Iraq, who are called the “free army” or “moderate opposition” - so moderate that “oppositionists”, having received arms and ammunition from overseas partners, decide that the destruction of cities, the theft of oil, the killing of thousands of civilians in the same Syria - “normal things”, if the owner so desires.

Russian rescuers conducted a large number of rescue operations, the results of which were hundreds of thousands of lives saved. To understand the scope of the work, it is worth presenting data for the current year:

Over the 2015 year, EMERCOM employees delivered to the needy more than 51,5 tons of humanitarian supplies to the Russian regions, as well as to the Donetsk and Luhansk people's republics.

From the list of activities of Russian rescuers for the current - anniversary year for the Emergencies Ministry: 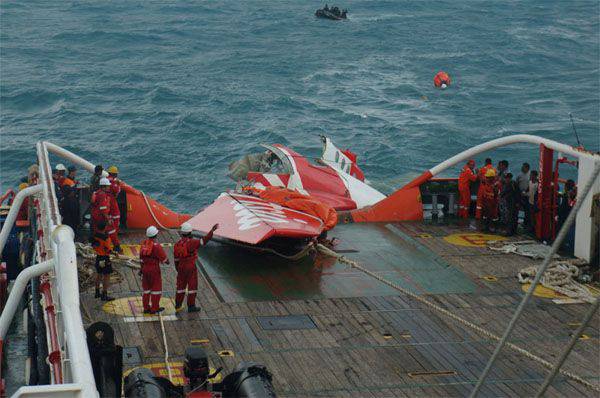 eliminating the consequences of a fire in the library building of the Russian Academy of Sciences, 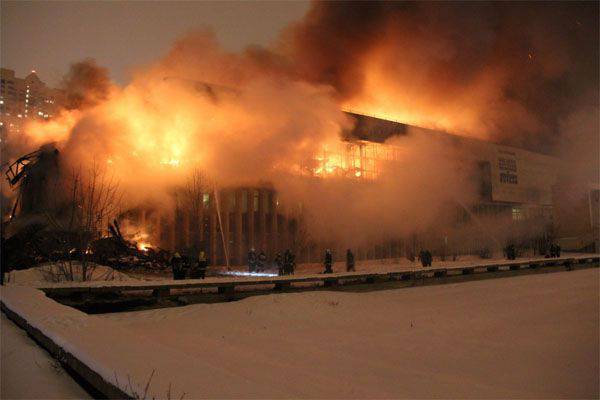 rescue work as a result of the separation of ice floes with fishermen in the Sakhalin region, 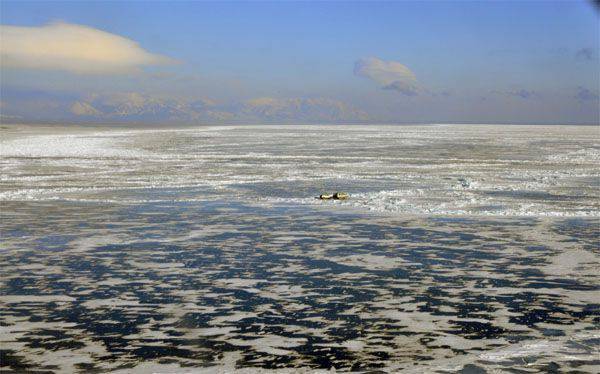 eliminating the consequences of a fire in the Admiral shopping complex in the Republic of Tatarstan, 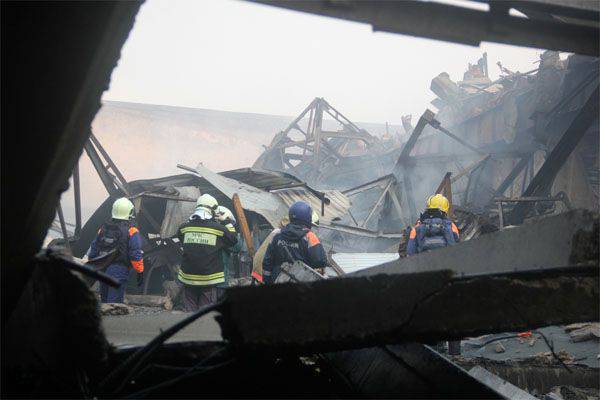 search and rescue operation in Nepal.

This is truly valiant work, and the Russian rescuers themselves are professionals of the highest level in their difficult but so necessary work.

“Military Review” thanks the Russian rescuers for their daily work and congratulates you on the holiday, and the Emergencies Ministry in general - on the 25 anniversary!