Results of the year for "Military Review"

The year 2015 is coming to an end, during which we (the creative and administrative team of the Military Review) together with you daily covered, commented and discussed various events both in Russia and in the international arena. They often argued and, on the basis of these disputes, searched for the truth in a turbulent information flow. We tried to assess what is happening, presenting the most different points of view in order to obtain an objective picture. 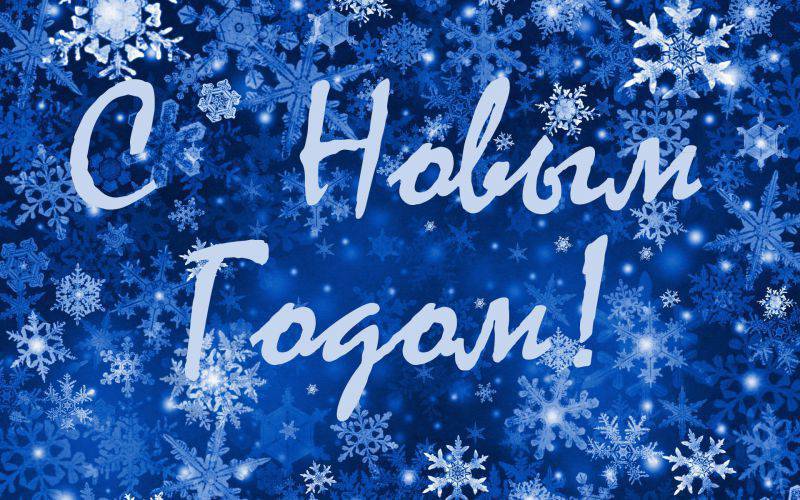 Was there subjectivity? And what about without it. The notorious human factor has not been canceled by anyone. And each person has his own opinion, which can be presented to the public, if this statement is carried out within the framework of business ethics, and is the main value of the society of freedom of speech. - A society in which it is freedom of speech, and not verbal permissiveness that plays an important role.

In general, there have been controversies and heated discussions this year, which any social and political talk show can envy. There were also bans (where without them) - unfortunately, not everyone behaved with dignity, while trying to cover the troll's long nose under the guise of an interested reader, camouflaging in several accounts at once. But this particular, but what about the whole.

And in general, the year 2015-th for the "Military Review" (and this is not only the site topwar.ru) turned out to be fruitful in terms of creating new projects. In the outgoing year, 2015 launched a new Internet platform with an aggregation of major topics from the world of economics. We are talking about the "Economic Review" - the site http://finobzor.ruwhich publishes and discusses not only news, but also analytical materials of the financial and economic sector. For the still very short time of its work, Economic Review has managed to acquire a circle of regular readers.

In 2015, we launched the 4 channel on the YouTube video service.

This is the channel "Military Review", which publishes topical videos about military equipment, equipment of armies of countries of the world, the state of affairs in the Donbas, the conflict in Syria, the modernization of the national defense potential, etc.

This is a video channel "Political Review"where materials are posted about the debunking of “black” myths about Russia and our stories, videos about the connections of the so-called foreign “friends of Russia” with grant-eaters within Russia itself, and how these funds are used to carry out overt anti-state and anti-people activities. On the same channel, videos were published with an analysis of the geopolitical situation of modern times and possible directions of the consequences of certain political decisions.

YouTube projects launched "Secret materials" and the above "Economic Review".

By the way, the X-Files site, part of our information group, celebrated its first birthday in 2015. The five-year anniversary was marked by the website “Military Review” - topwar.ru, which received 2 a year ago the official status of the media.

And that is not all! The Military Review Forum has begun its work, where you, our dear readers, can speak on topics that for various reasons have not been included in the discussion list of topwar.ru. After all, as you know, it is impossible to embrace the vast world of information, but to expand the information component by discussing topical issues is completely!

We have expanded our presence in social networks, which in recent years have become a significant addition to the information space.

Our partners did not remain offended by the attention. For them, we launched informers, which made it possible to achieve a significant increase in traffic, and this, for an informational Internet site that is self-supporting, you know, is important.

The 2015 year leaves, and what is the organizational plan for the coming year?

First, active work has already begun on a new engine for the Military Observation, which will significantly enhance the functionality of the site. By the way, we hope that in the 2016 year there will be a working version of VO on the new engine.

Secondly, there are tests of the new version of the auction for aggregators.

And, of course, the plans include the continuation of work on publishing news and relevant analysts on issues of national security, military and military-technical issues, problems of education, medicine, economics, and searching for ways to solve them. VO will continue the course on patriotism, which (the course) is shared by the overwhelming majority of our readers, for which they (that is, you) have a special thank you from our team!