December 27 2015
8
Domestic scientists have made a significant contribution to the development of world medicine. For this brief review, the authors have tried to select the ten most important discoveries and achievements that have become the heritage of all mankind. 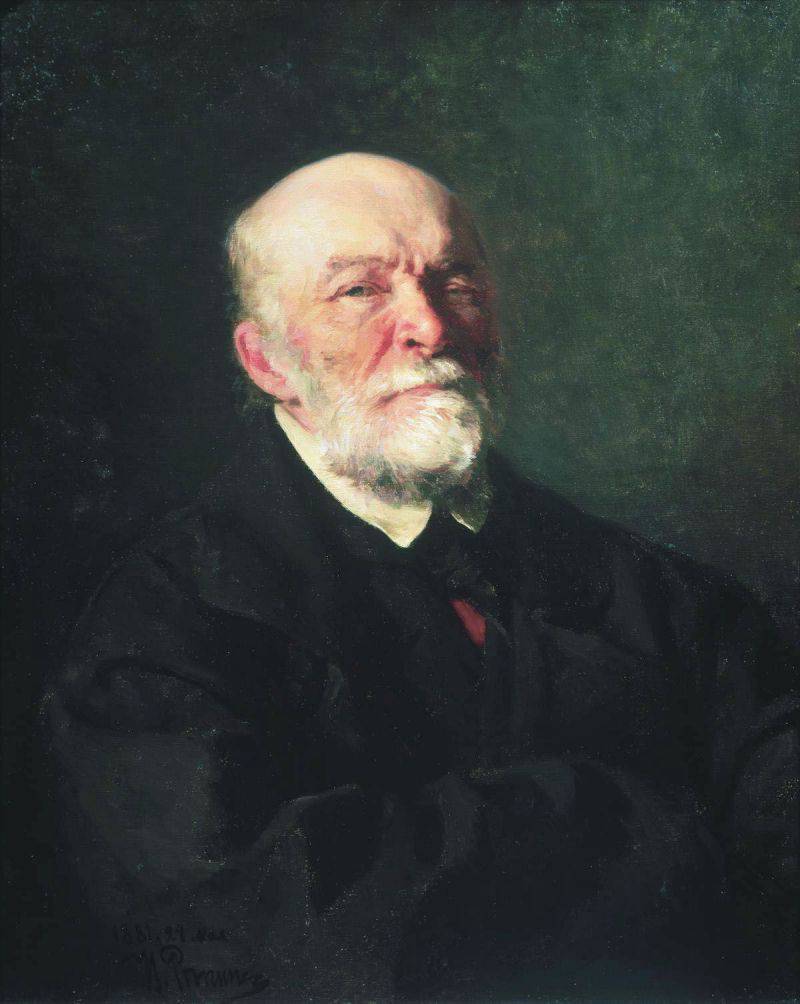 Surgeon Nikolai Pirogov. Hood Ilya Repin. 1881 year
The success of the natural sciences in the XIX century gave a great impetus to the development of medicine. For the first time, healing began to rely on fundamental discoveries in the field of human nature, ceasing to be a system of empirical knowledge that was not systematically organized.

In the top ten outstanding discoveries and achievements, which will be discussed below, two rightly belong to the great surgeon and anatomist Nikolai Pirogov, who became famous at the same time as the creator of two scientific disciplines: topographic anatomy and military field surgery.
Such is the scale of this unique personality!

The emergence of topographic anatomy was the answer to the requests of practical surgeons. Unlike having a centuries-old history descriptive anatomy in topographic nerves and vessels are studied in the way they appear to be performed by the surgeon performing the operation.

Already in his first work “Surgical anatomy of arterial trunks and fascias” N.I. Pirogov first established the most important for the practice of the laws of the relationship of blood vessels, fascia and adjacent tissues.

The genius of the scientist's idea was to develop a method of cutting in various planes of a frozen corpse, thanks to which the organs, vessels and nerves retained their natural, undisturbed position. Soon this method became fundamental in studying the topography of the human body. And now the training of a doctor is simply unthinkable without studying the N.I. Pirogov topographic anatomy.

In 1855, Pirogov became the chief surgeon of besieged Sevastopol. It was here that he began for the first time in history to introduce a completely unknown previously method - sorting the wounded. Its essence was that, already at the dressing station, depending on the severity of the condition, the victims were divided into different groups.

Some were considered hopeless, and attempts to help them in the conditions of a shortage of doctors and time, without changing the inevitable death, led only to sharply increasing losses among those who could still be saved.

Indeed, in the process of waiting for help, their condition worsened, and while they were trying to save those who would not survive anyway, the medium-heavy ones died too. Thus, part of the wounded was recognized as hopeless, another - subject to immediate operation in the field, the rest, with a more stable state, were evacuated into the interior of the country for treatment in rear hospitals.

As a result of this sorting, the number of survivors increased, the outcomes improved. In the future, thanks to the activities of N.I. Pirogov formed a new scientific discipline - military field surgery. Now, in comparison with the XIX century, in it, as well as closely related disaster medicine, much has changed, but the sorting principles laid down by the great Russian surgeon have remained unchanged.

The great Russian physiologist and pathologist Ilya Mechnikov is considered the founder of the phagocytic theory of immunity. He proved the existence in the body of special cells that can absorb pathogens. The main provisions of the new theory I.I. Mechnikov formulated his work, Immunity in Infectious Diseases, published in 1901. 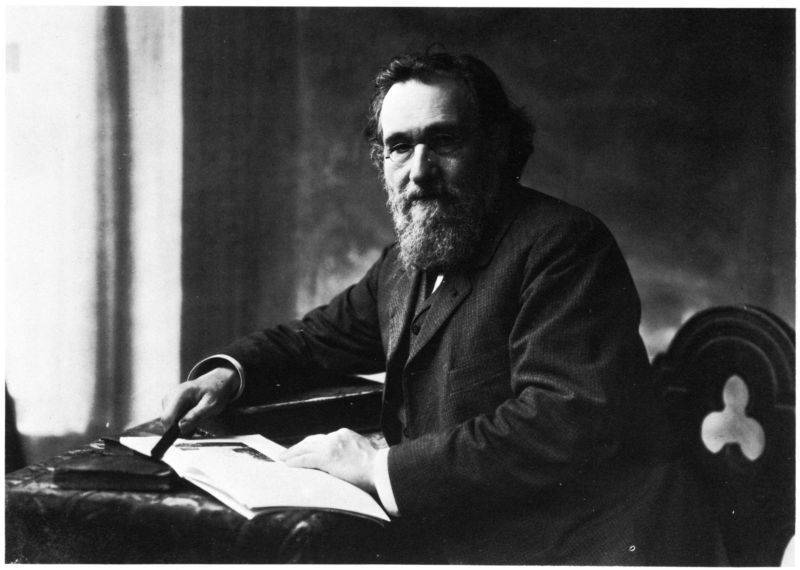 Ilya Mechnikov
The world scientific community appreciated the merits of the Russian researcher, awarding him the Nobel Prize in 1908. In a welcoming speech, it was said that I.I. Mechnikov "laid the foundation for modern research on ... immunology and had a profound influence on the whole course of its development."

Despite the fact that most of his active scientific life took place at the Pasteur Institute in Paris, in response to the official request of the Nobel Committee - whether the future winner is Russian or French - he proudly replied that "he has always been and continues to be Russian."

Somewhat earlier, I.I. Mechnikov, in the 1904 year, another great Russian scientist, Ivan Pavlov, was awarded the Nobel Prize in the field of medicine and physiology. And, although the official wording stated that the award was awarded “for work on the physiology of digestion,” the work done allowed I.P. Pavlov first formulated the principles of higher nervous activity - a set of unconditioned and conditioned reflexes, as well as higher mental functions that ensure adequate behavioral responses of animals and humans. 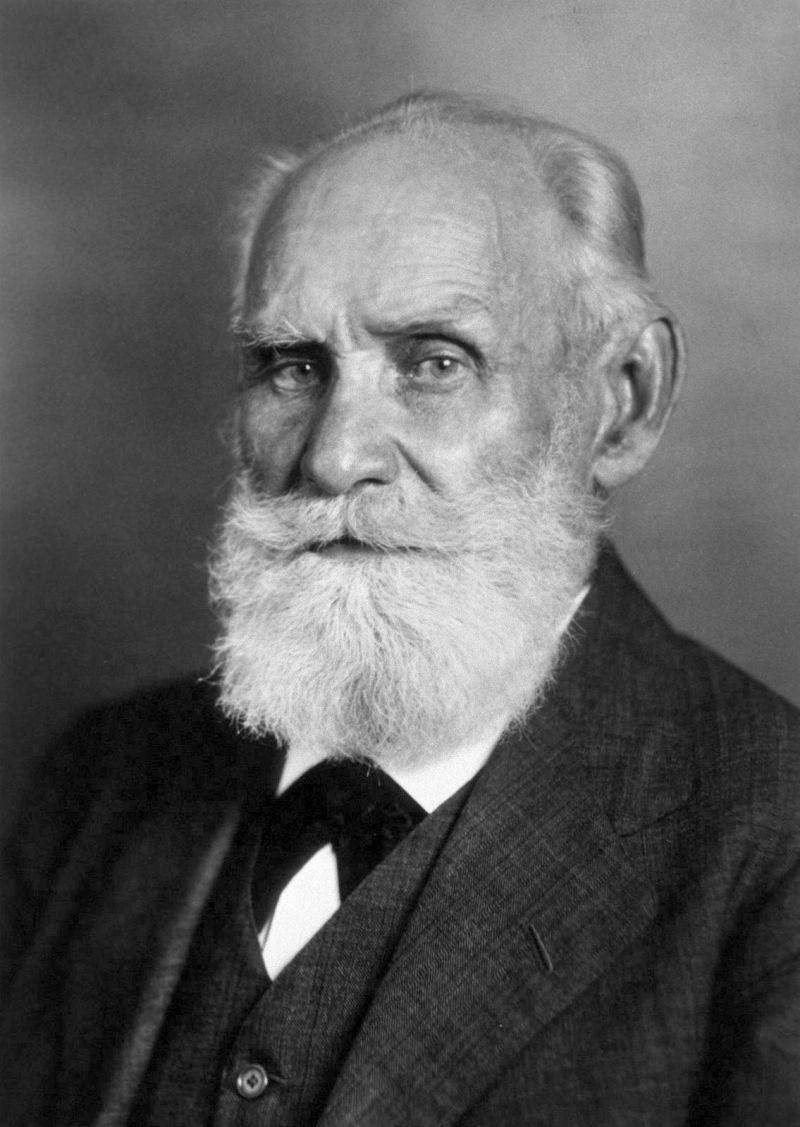 Ivan Pavlov
He devoted them to the study of the subsequent 35 years of his life. It is hardly possible to find another Russian scientist who has received such great fame abroad: the whole world knows “Pavlov's dogs”. English science fiction writer HG Wells argued that "this is the star that illuminates the world, shedding light on yet unknown ways."

Also at the beginning of the 20th century, in November 1905, a report by the physician Nikolai Korotkov, who was little known then to the general public, was presented at the Imperial Military Medical Academy, in which for the first time in world practice the essence of the auscultatory method of measuring blood pressure, which later became the “gold standard”, was presented. "In world medicine. 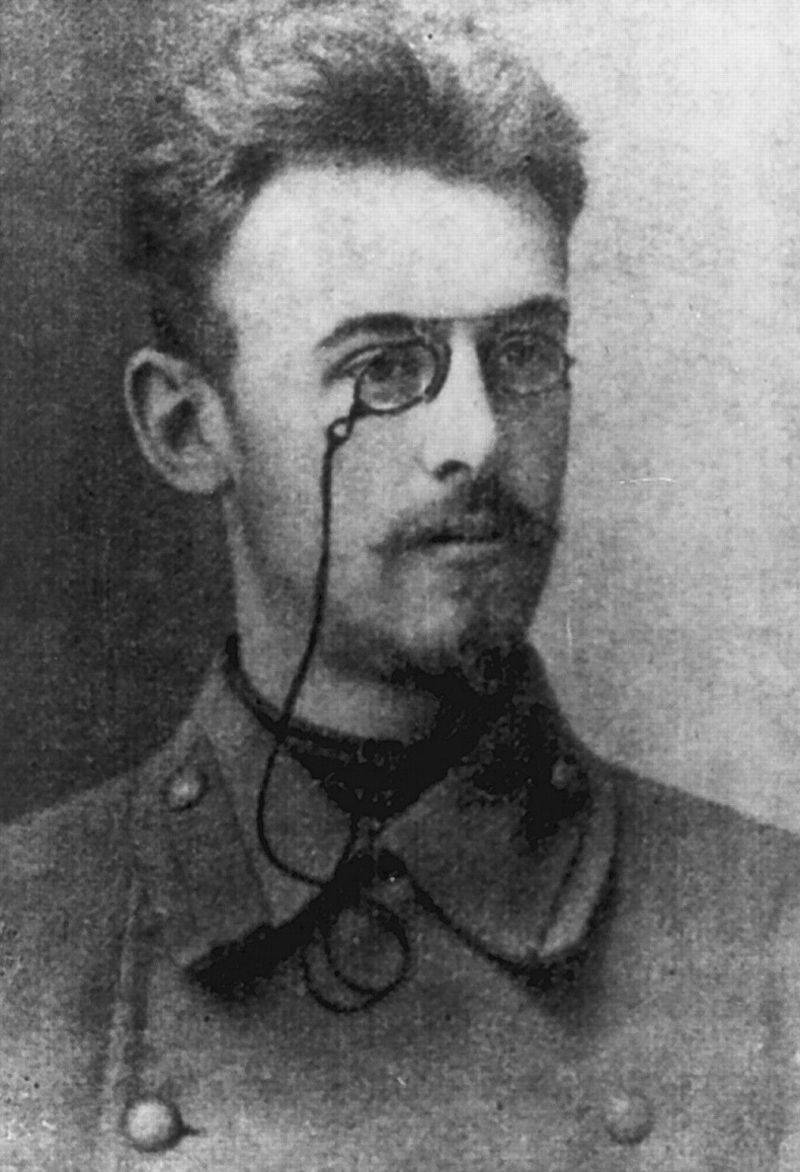 Nikolay Korotkov
And now, medical examination is inconceivable without listening to the "Korotkov tones" when measuring blood pressure. Despite the widespread use of various electronic blood pressure monitors, the auscultatory method of N.S. Korotkov, according to the recommendations of experts of the World Health Organization, continues to be a reference.

In 1908, Vasiliy Obraztsov and Nikolai Strazhesko for the first time described in detail the clinical picture of acute myocardial infarction, highlighting anginal status, asthmatic status and pseudo-gastralgia. These ideas have not lost their relevance today. 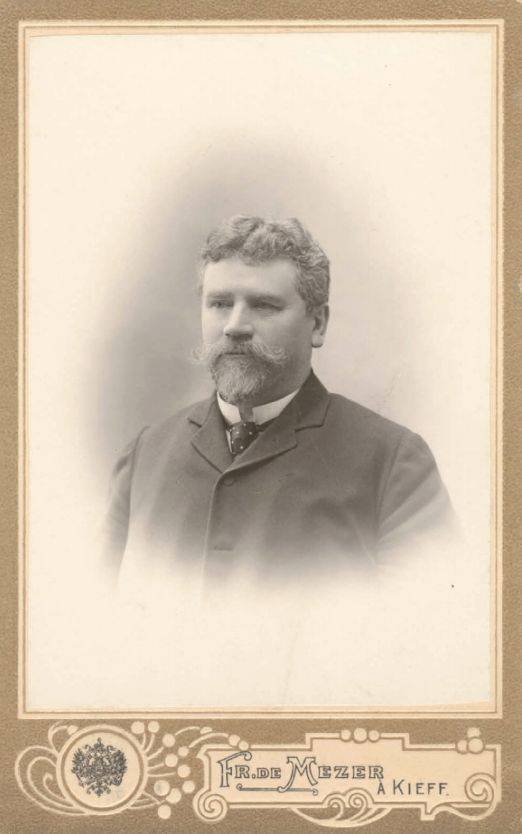 Vasily Obraztsov
It should be noted that the report of the Russian doctors initially did not arouse much interest of the medical community, since at that time the problem of a heart attack did not seem relevant. However, as the prevalence of this pathology increased, the number of references to this work began to grow, and V.P. Samples and N.D. Strazhesko by right began to be considered as founders of the modern clinical doctrine about a myocardial infarction. 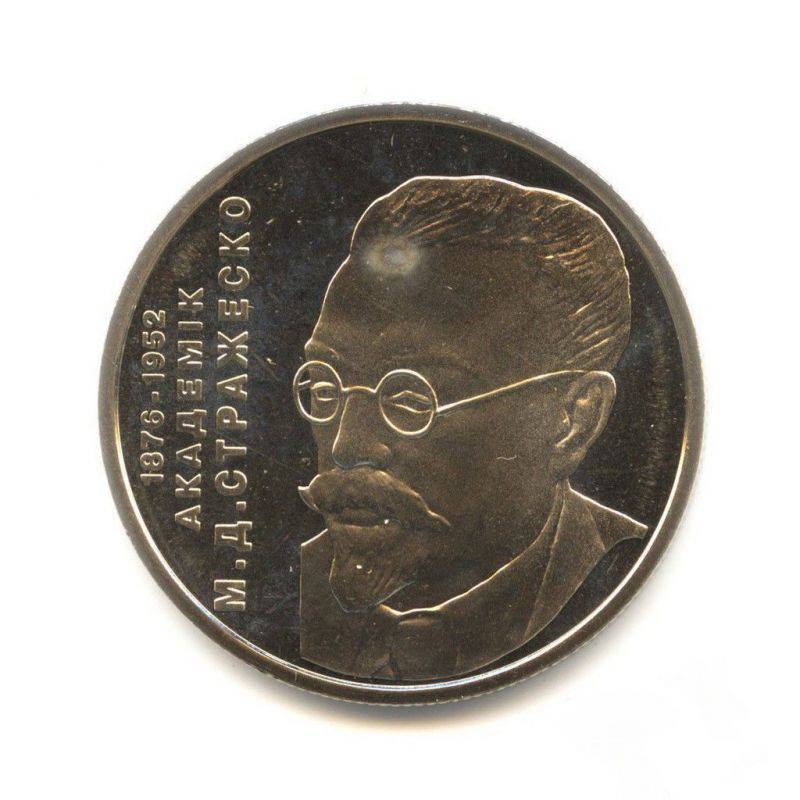 Nikolai Anichkov, who formulated the theory of the pathogenesis of atherosclerosis, took over the cardiovascular pathology baton. For the first time in the world, he proved that the basis is the penetration of cholesterol and its derivatives into the vessel wall. For the first time, atherosclerosis appeared to be a systemic disease caused by various risk factors, often combined with each other. The discovery of the Russian scientist was brilliantly confirmed in practice during the MRFIT study conducted in the 60-s of the 20th century. 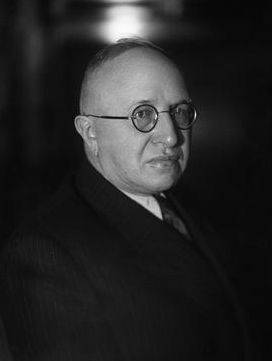 Nikolay Anichkov
We examined 3,5 million people and found that increasing the level of cholesterol in the blood does increase the mortality from cardiovascular diseases by several times. A little later, it was proved that lowering cholesterol levels in patients with atherosclerosis reduces the risk of death by almost a third. Let us again turn to foreign assessments and, as an illustration, we will quote the words of a major American biochemist Daniel Steinberg:
“If the true value of his findings were timely estimated, we would save more than 30 years of efforts to resolve the debate about cholesterol, and Anichkov himself could be awarded the Nobel Prize.”

The transplantation of various organs in modern man seems in many ways already a routine operation. However, we should not forget that the originator of transplantology was the genius of the Russian experimental scientist Vladimir Demikhov.

In the 1937 year, while still a third-year student, he designed and implanted an artificial heart into a dog. After surgery, the animal could live for two hours. In 1946, the second heart was successfully transplanted to the dog, somewhat later the heart-lung complex, which became a worldwide sensation. 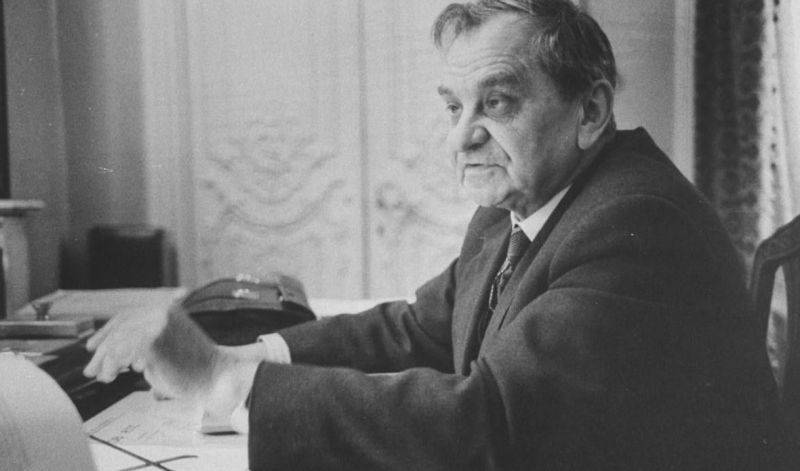 Vladimir Demikhov
A few years later, for the first time, he replaced the dog’s own heart with a donor heart and proved the fundamental possibility of performing a similar operation in humans. And the sensation took place!

In 1967, the South African surgeon Christian Barnard was the first in the world to perform a human heart transplant. He considered himself a student of V.P. Demikhova and, before deciding on an operation, twice came to the teacher for advice.

The Russian ophthalmologist Svyatoslav Fyodorov is also known around the world.

In 1962, he, in collaboration with Valery Zakharov, created one of the best rigid artificial lenses in the world - the Fedorov-Zakharov lens.
In 1973 year S.N. For the first time Fedorov developed and carried out an operation to treat glaucoma in the early stages. 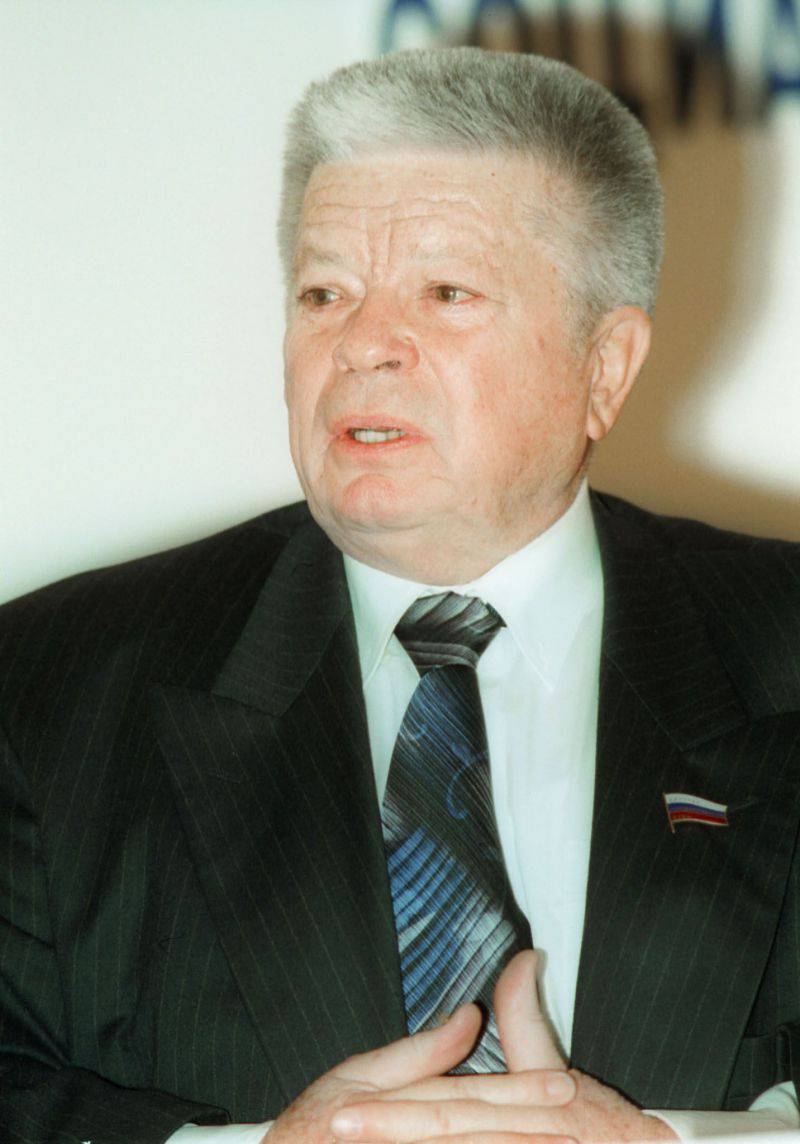 Svyatoslav Fedorov. Photo by Igor Zotin - TASS
Soon his method was applied around the world, and in 1994, at the International Congress of Ophthalmologists in Canada, he was officially recognized as "an outstanding ophthalmologist of the 20th century."

The creation of space medicine should be attributed to the collective achievement of domestic scientists. The first works in this area began as early as the walls of the RKKA Scientific Research Sanitary Institute under the leadership of Vladimir Streltsov.

Thanks to his efforts, he managed to create a life support system for the stratostats “USSR-1” and “Osoaviahim-1”. In 1949, at the initiative of the USSR Minister of Defense Alexander Vasilevsky and designer Sergei Korolyov, the Scientific Research Testing Institute aviation medicine, in which in 1951 began research work on the topic "Physiological and hygienic substantiation of flight capabilities in special conditions."

3 November 1957 launched the second artificial satellite of the Earth with a passenger on board - dog Laika. During the experiment, an electrocardiogram, blood pressure, respiration rate, and motor activity were recorded.
The obtained data confirmed the fundamental possibility of a long-term finding of a living organism in earth orbit and opened the way to human flight. The first cosmonaut in the world was Boris Egorov, who flew 12 on October 1964, on the Voskhod-1 spacecraft. 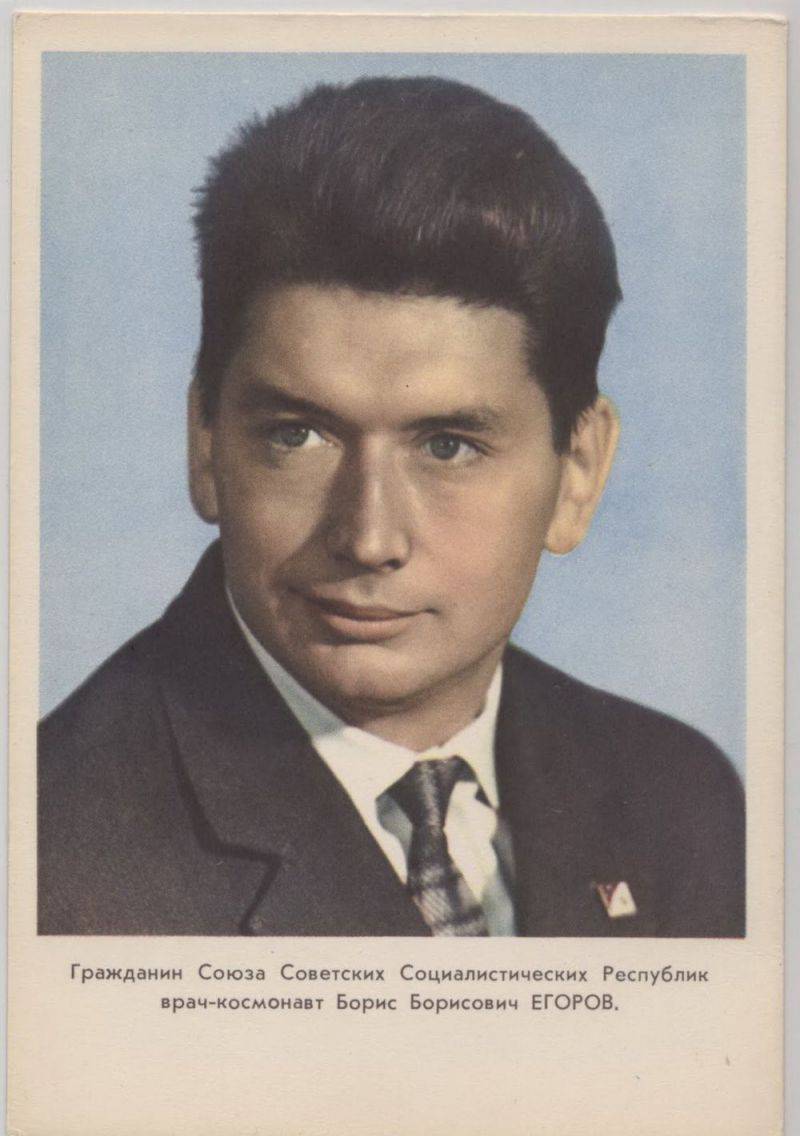 Boris Yegorov
Nowadays, space medicine focuses on the problems of ensuring security and optimal conditions for human existence during long space flights. We are waiting for new discoveries!