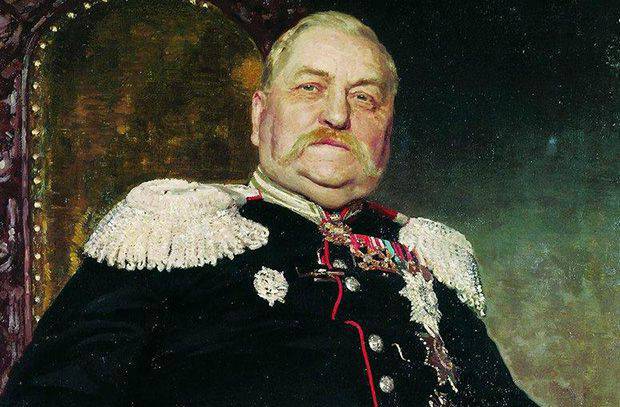 By the middle of the 19th century, professional associations of scientists and technicians existed in many European countries, and the need for such an organization to appear in Russia was felt very acutely. In 1866, such a society was created in St. Petersburg on the initiative of progressive scientists and engineers and with the approval of the cabinet and the tsar. The first chairman of the Russian Technical Society (RTO) was elected Major General, Baron Andrei Ivanovich Delvig, who was then the Chief Inspector of Private Railways and the Corps of Railway Engineers.

Coming from an aristocratic family, in 1832, Delvig graduated from the St. Petersburg Institute of the Corps of Railway Engineers. Andrei Ivanovich devoted his life to practical work: he spent a long time in the field of railway construction, working under the authority of Peter Kleinmichel, chief commander of communications, but had knowledge and experience in other areas of construction. For example, in 1832-1836, he served as the foreman for the construction of the Moscow water pipeline, in 1836 he became one of the leaders in conducting hydraulic works on the dam during the reconstruction of the Tula Arms Plant, and a year later carried out hydrotechnical studies on the Upe River in Tula with the aim of improve its shipping.

The RTO that had just appeared consisted of 4 departments: Department I - chemical production and metallurgy (such specialties as lighting, electroforming and photography were included), Department II - mechanical technology, mechanics and mechanical engineering, instrument making, telegraph and printing; Department III - construction and mining art, architecture, means of communication, and, finally, Department IV - shipbuilding, marine engineering, artillery and weapons production. Despite such a clear division into specialties, the specialty of Delvig's personnel policy was to attract the widest possible audience of technical specialists. Explaining such a policy, one of the founders of the RTO explained: “it was precisely in this that we saw the key to success — RTO should take the same place in technology as the Academy of Sciences in" pure science "in Russia."

But it was not only that. The main reason was that during the formation of the RTO in Russia there were no scientific and technical societies for individual specialties that appeared later, and when they received permission to open a society, the leaders sought to involve as many engineers as possible. Engineers and technicians of various specialties (about 60%) prevailed among the members of the RTO, a relatively smaller number were employees of the state apparatus and the management apparatus (10%), large military (9%) and civilian (4,5%) officials, industrialists (8,1%) . At the same time, professors and the most talented engineers occupied the leading position in the RTO - this was what determined the progressive nature of the company's activities. 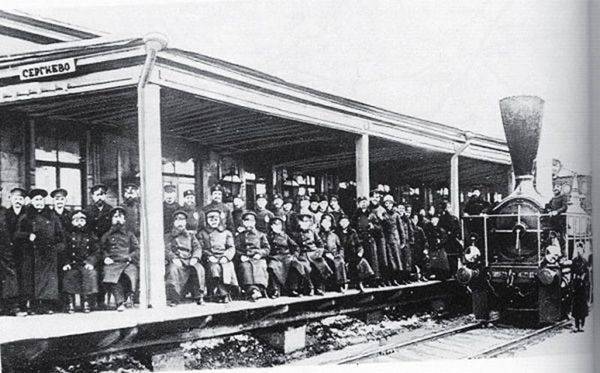 Opening movement. 1862 g. Photo: wikipedia.org
Under Delvig, the Society was engaged in the dissemination of scientific and technical knowledge and the establishment of a technical education system for engineers and workers. 15 in May The Permanent Commission for Technical Education was established under the RTO - the first institution in Russia to deal with the general theoretical and specific educational and methodological development of the problem of training skilled workers for industry. The main directions in the activities of the Standing Committee were scientific, methodological and educational work. At the initiative of the Commission, the RTO petitioned the tsarist government to take measures to develop vocational education, persistently raised the question of the need for initial general and technical education work at congresses of industrialists.

Developing questions on the content, methods and organization of general educational and vocational training of workers, their theoretical and industrial training, the Commission collected and analyzed all information concerning the experience of developing vocational education in Russia and abroad. The main form of scientific and methodological work was the preparation and discussion of reports and communications. The results of this activity were specific projects of vocational schools for the training of skilled workers: regulations, curricula and programs, rules and instructions. Advanced scientists and engineers of the Russian Technical Society - enthusiasts of technical education of workers - sought to consolidate the existence of the Commission as a permanent institution, to give official status to its educational activities in the working environment.


Interestingly, Delvig created many of the schools (technical railway) with funds voluntarily deducted by private railways. One of these schools, the Delwig Railway School, was established in 1870 in Moscow. Andrei Ivanovich himself donated to the school one of his houses and arranged a dormitory with him, providing him with capital. And in 1869, RTO started to set up schools and courses for workers, which were a kind of pedagogical laboratory of the Commission. Initially, private schools, schools, and RTO courses arose as private institutions. Already after Delvig left the post of RTO (by 1888 year), more than 2 thousand children and adult workers of St. Petersburg studied in such schools. Programs and curricula drafted by the Permanent Commission on Technical Education with the involvement of many prominent teachers and methodologists of the time included such subjects as arithmetic, geometry, drawing, physics, chemistry, elementary mechanics and technology. RTO schools for workers of the capital of St. Petersburg were advanced, exemplary for their time educational institutions: they played an important role in the formation of qualified personnel of the capital. In addition to creating schools for workers, the Society has established a constant practice of visiting specialists at factories and giving popular lectures there.

Thanks to the assistance of the Russian Technical Society and the Society for the Promotion of Russian Industry and Commerce, in May-June 1870, the first All-Russian Congress of manufacturers, breeders and people interested in the domestic industry was held in St. Petersburg. The first in Russia trade and industry congress aimed to establish interaction between industrialists engaged in various spheres of production. During the convention, 2 held general meetings, and 6 branches of the congress held 17 meetings. RTO experts, chaired by Delvig, discussed the topics of increasing industrial output, advanced methods of European industry. The congress was timed to the Manufactory exhibition, for which the Literary Salt Town on Fontanka was converted. The exhibition featured products and products of the metallurgical, metalworking, chemical, textile industries, engineering and handicrafts. The success of the exhibition was immense - thousands of people visited 322 in three months.

In the 1870 year - partly due to professional need, partly for health reasons - Delvig was forced to leave the post of chairman of the company, but was elected to its honorary members. Colleagues praised his contribution to the development of the Company. “Thanks to him,” testified P.A. Kochubey, a modest enterprise of some persons disinterestedly devoted to science and technology, has received in Russia the rights of citizenship and authority in the eyes of private and governmental individuals and institutions. ” According to Professor E.N. Andreev, Delvig “was not a cabinet but a practical engineer with very serious scientific background and never left the scientific side of the matter; nor was he an administrative engineer who was accustomed to dispose of and write prescriptions from afar — he was a practical workman and builder who knew well how varied there are difficulties in practice. If you add to this a calm, cheerful, cordial and attractive character, a mind that is lively and has watched a lot, avoided extremes, sincere love of work and at the same time multilateral education and love of enlightenment, you will receive, I think, the true characteristics of the baron ... ".