December 28 2015
7
History knows many rulers, losers, who by the end of the reign led their countries to a complete collapse, ranging from such famous as Nicholas II, ending as odious as Francisco Nguema. At the same time, the Mexican dictator Antonio Lopez de Santa Anna is rarely mentioned both in Europe and in Russia, although his personality is significant for all of world history, and to a much greater degree than the personalities of many European rulers, whose names and deeds we know well . Given that Mexico could never boast of political stability, Santa Anna managed to plunge it into complete chaos, almost putting an end to the history of the country. 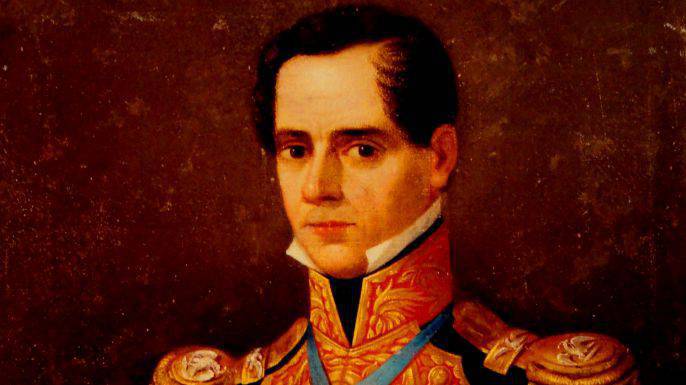 Santa Anna came to power on April 1 on the wave of military-patriotic hysteria and popularity, which he earned a few years earlier, when he managed to inflict a decisive defeat on the Spaniards, who had made the last attempt to return the rebellious territory to their power. It must be said that by this time the Spaniards had weakened so much that it was a simple affair to overturn them on the battlefield, and the entire nineteenth century was the century of shedding the Spanish colonial empire.

Once at the very top, Santa Anna quickly discovered his penchant for conservatism and dictatorship. Freedom of thought and federalism were replaced by Catholic obscurantism and extreme centralism. In addition, Santa Anna adored flattery and loud nicknames: “Napoleon of the West”, “Savior of the Fatherland”, etc., and his entire rule was marked by two destructive extremes — surprising foreign policy adventurism (the ruler’s hot love also speaks about this line). to gambling and love affair) and a penchant for "tightening the screws" within the country. The tyrant surrounded himself with luxury and women, and also loved when he was flattered compared to Napoleon Bonaparte, the similarities with which he tried to emphasize in every way.

At the same time, he didn’t succeed in running the country. Dictatorial manners led to riots throughout the vast country. Worst of all, events unfolded in Texas, where the uprising of numerous American settlers resulted in virtually ill-concealed intervention by the United States, which by then entered the era of active continental expansionism and passionarity.

The history of the Texas Revolution is a separate and fascinating question, but in this case it is only important that the punitive expedition against the insurgent Texans, which had just begun, ended in complete collapse: a detachment of government troops was defeated by American settlers, and Napoleon West himself was captured. Already in captivity, 14 May 1836, Santa Anna signed the Velasque Agreement, under which he, as the governor of Mexico, recognized the full independence of Texas, after which the general was sent to the United States. However, the government in Mexico City immediately refused to recognize the agreement, since they were already signed by a captive and powerless ruler.

The following year, Santa Anna returned to Mexico, and a year later began the French intervention in this country. Mindful of Santa's former military achievements in the fight against the Spaniards, the current Mexican government again invited the commander to command the army, instructing to "save the nation." The order could not be fulfilled and following the results of the military defeat, the government of President Bustamante nevertheless agreed to pay 600 000 pesos to France, but for Santa Anna herself the defeat unexpectedly turned into a political victory - he was wounded and lost his leg, but the glory of the Fatherland Defender was with him again, which allowed him to return to power.

The second term of the reign of Santa Anna was marked by even more excesses than the first. Dictatorship, personality cult, populism, persecution of any dissent and corruption flourished. In a country with a ruined economy, this could not have ended in anything good. Soon, riots began to break out, Yucatan proclaimed independence, and Texas was one step away from becoming part of the United States. Santa Anna again lost political authority, and then power, after which he was forced to leave Mexico.

A chance to return, however, presented himself pretty soon. With the start of the 1846 year of war with the United States in May, the Mexican authorities again allowed the “Savior of the Fatherland” to return to the promises that Santa Anna would deal only with military issues, without claiming to be in power. The power-loving general himself had a different opinion on this matter and, having received command of the army, he immediately used it not to repel American aggression, but to usurp the presidency again. By the way, on the eve of his return to Mexico, he secretly promised the Americans to give them the territories that they want, but later refused his words. Obviously, he planned to remain in power even after the inevitable defeat in the war and to rule the "stub" of Mexico, which the US Army would leave him, but fate decreed otherwise. The fiasco on the battlefield again led to the loss of power and a new exile.

A new opportunity to climb to the top turned up for the 1853 year, when after the next coup there was no other compromise figure, and the hero was once again called upon to stand at the head of the country. However, the Mexicans quickly realized that the old horse had finally ruined the furrow.

The tyranny, excessive vanity and self-praise (despite the fact that Santa Anna lost most of the wars with a crash), blatant incompetence and dictatorship soon rebelled even to those who recently called the general to power. Special indignation caused outright capitulation to the United States by an aging dictator, who, despite this, continued to call himself more and more loud titles.

Finally, the gallant general’s political career was crossed out by the Gadsden Deal - the sale to the United States of another piece of territory, according to various estimates, from 77 to 110 thousand square meters. kilometers For example, this is the area of ​​a country like Bulgaria. Santa Anna was also going to “in the spirit of the times” (in the words of James Gadsden himself) to sell even larger lands: Lower California, Sonora, and wastelands south of the Rio Grande, as a result of which the border would have moved another 700-1200 km south of the current boundaries , but this idea already failed at the initiative of the United States. However, the Gadsden Deal was enough to fill the patience of Mexican society. Treachery has become too obvious. 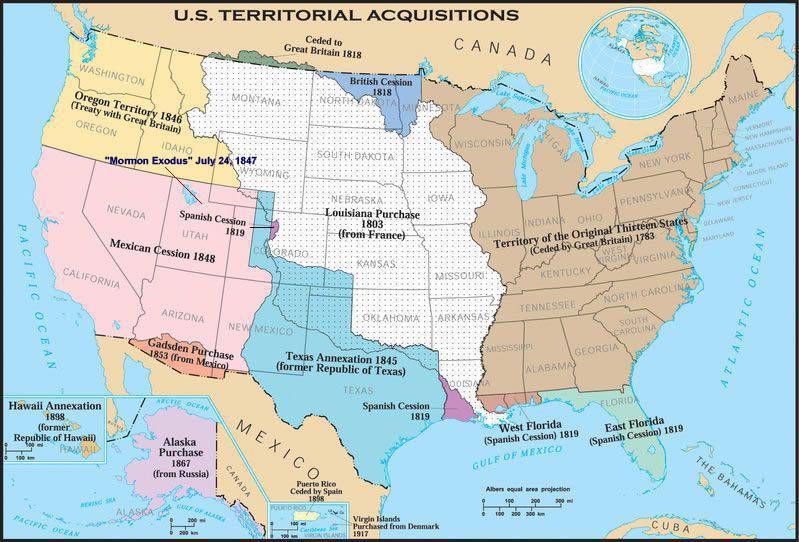 The authority of Santa Anna collapsed to zero and in the course of the next uprising he was again overthrown by Mexican liberals - this time for good. He no longer had a chance to return to power, and he died in poverty and oblivion.

Santa Anna is a unique example of political survival and return to top office amid the monstrous results of the government. This was due not only to a rare coincidence, but also to the influence of conservative circles.

Nevertheless, the results of the rule of a narcissistic dictator are unambiguous: a reduction of the territory from almost 5 million square kilometers to 1,9 million (this is only what was directly annexed by the United States, and yet the zone of American occupation and devastation stretched much further south and included almost the entire country), poverty and devastation, corruption, instability. The country was thrown back in its development hundreds of years ago. The catastrophe, long and painfully, had to be corrected by new generations.

Ctrl Enter
Noticed oshЫbku Highlight text and press. Ctrl + Enter
We are
As the Russian squadron of the Sultan saved. Bosporus Expedition 1833How Americans captured half of Mexico
Military Reviewin Yandex News
Military Reviewin Google News
7 comments
Information
Dear reader, to leave comments on the publication, you must to register.