Peter Connolly of the Celtic Horsemen (part of 5)

January 5 2016
30
In his work “Ancient Greece and Rome in the Wars”, Peter Connoli often refers to ancient authors and, in particular, to Polybius. And in his report on the events that preceded the battle of Telamon, reports that in the army the Gauls had 20 000 cavalry and many more chariots. By the way, this is the last mention of the actions of war chariots in the territory of continental Europe. Although then they appear again, but only in 55 BC. during the Caesar invasion of Britain. Diodorus reports that in these chariots two horses were harnessed, and they could carry a chariotee and a warrior, that is, all similar to the chariots of the ancient Egyptians. In the course of the battle, the warrior first threw darts from her (and, apparently, he had plenty of them there, not two and not three!), Then he went down to the ground and fought on foot. Approximately also looks like Caesar's story about the chariots, which he saw in Britain. Both authors point out one important detail: in both there and in Europe, chariots were used against cavalry. In addition, it is obvious that fighting with the help of chariots against infantry is possible only if they were used as skirmishers instead of the same velites of the Romans. We arrived, threw darts into the enemy and to the rear! Caesar admires the art of the Gallic wheelwalkers. He talks about the warriors who ran through the drawbar and stood on the yoke, and did so during the movement! 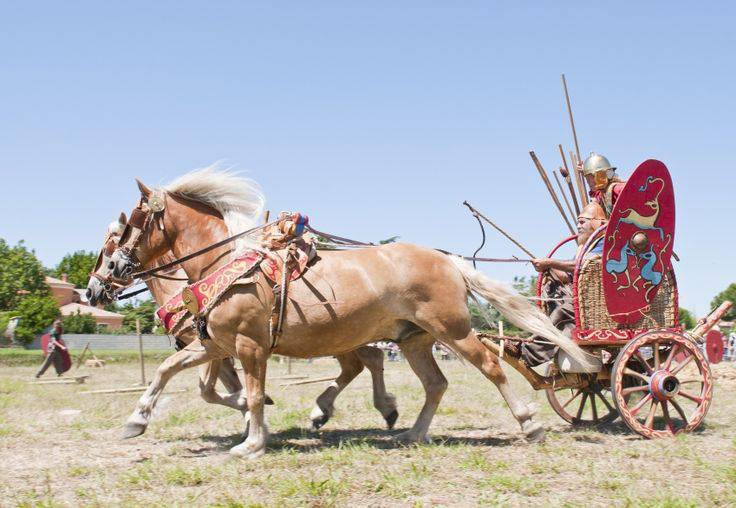 Chariot reenektory from France. What you will not go to at least sometimes, but feel like an ancient Celtic!

As for the archaeological sites, several burials with chariots were found in France. Unfortunately, most of them were dismantled before being placed in the grave, however, despite this, many metal parts remained in them. Among them there are attachments for post-mongers Their length indicates that they were attached directly to the axis. In this position they were found in the graves. The rings, which were located at the level of the horse's chest, were probably fastened to the girth and used to guide these bastards. There are other details in these burials, for example, wheel checks and rings for reins, which were attached to the yoke. In Lake Ten, a very well-preserved yoke and one wheel with an iron rim were found. That is, the strength of the wheels of the Celtic chariots was at the level of our carts. Which, by the way, indicates a high level of technology development. After all, it is necessary to forge such a rim, then put it on the wheel so that it does not fall off it, connect (and very firmly!) Both its ends! All this only seems simple, but in fact requires proven skills and abilities! Found also a horse mask with horns. A very interesting find, but was it only used on horses harnessed in chariots, or were the riders also using them? 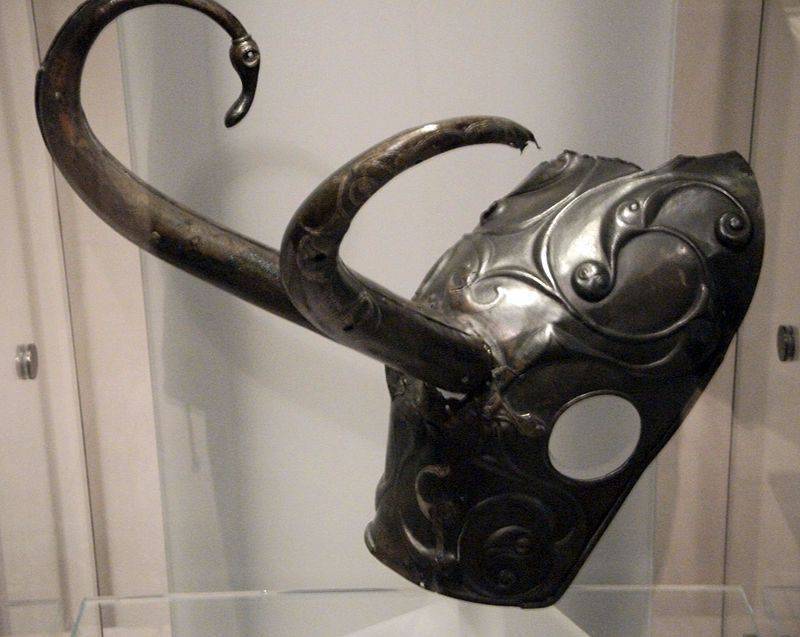 More recently, the appearance of the Celtic chariot could be restored only by the images on the coins. Moreover, it is significant that they all have side walls made up of two semicircles. But then, as reported by Connoli in Padua, in the north of Italy, they found a stone tombstone depicting a chariot, two people on it, and in addition a shield laid on its side. Both semicircular side walls on this relief are depicted in such a way that they are visible from the front of the shield, and this can only mean that they were on the sides and played the role of a kind of fencing! Although this form seems a bit strange, the findings of archaeologists confirm this. Although, of course, what prevented them from making a fence of rectangular bars? The distance between the wheels in chariots from French burials is a little more than a meter. This is significantly less than that of the Cyprus chariot (from 1,3 to 1,7 m), on which the driver and the warrior stood side by side. And if so, it turns out that the Celtic warrior was standing on the chariot behind the driver, as can be clearly seen on the Gostilia coin. True, this requires a greater length of the chariot and a longer fence on its sides. It is possible that such a length was needed in order to transport the injured warrior in the chariot, that is, to use it as a vehicle for evacuating the injured and transporting trophies ?! Interestingly, the wheels of the Celtic chariots had seven and ten needles, while the Egyptian usually six! 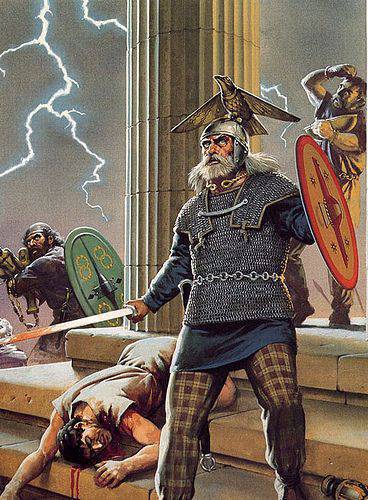 Brennus burns Delphi in 279 BC. Figure by Angus McBride. The shield is obviously small!

Interestingly, the horsemen of many nations are mentioned along with chariots. But they are almost completely ignored in the epic! Recall Homer's Iliad — both Odysseus and many other Achaeans are shown in it by skillful riders, but ... they all fight there in chariots, then ascend to them, then descend, or cling to them the fallen, and drag them on the ground for mockery. Riders do not do that, well, so nothing is written about them! Horsemen are mentioned in a much more voluminous Mahabharate compared to the Iliad - there are thousands of them! But ... all the main characters fight exclusively on chariots, and of elephants too! 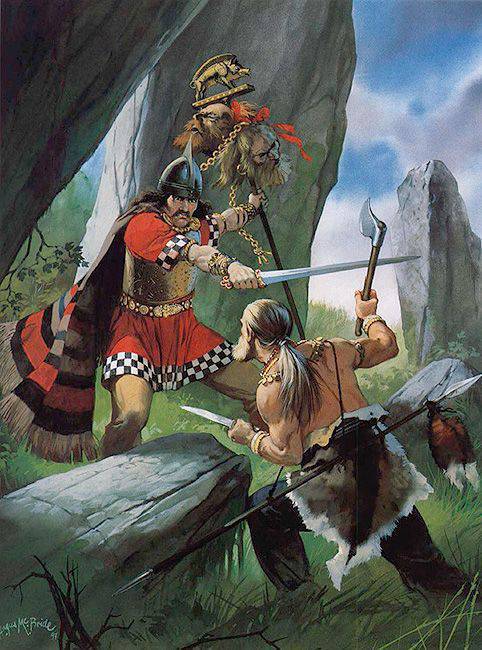 The reason for such piety, apparently, in the inertia of human consciousness. It all began with chariots, and the memory of them survived the centuries, but the horsemen at the time when these works were created were already commonplace and ... they did not arouse any interest from the authors!

But immediately after the conquest of Gaul by the Romans, the Celtic horsemen began to play an important role in the Roman army. Although it is believed that the real Cavalry, as such, the Celts just did not have, and that before the battle, they got off their horses and fought like foot soldiers. Similarly, for example, the Celts, the Spaniards, and the Romans did at the Battle of Cannes (216 BC). Although, on the other hand, this could have had such a reason as a banal lack of space, because everyone knows how crowded this was in this battle. The remark of Hannibal, recorded by Libya, gives grounds to believe that this was not envisaged as a common practice: when the Carthaginian commander heard that Paul ordered his cavalry to dismount, he said that with the same success her soldiers could be led into battle putting chains on them. 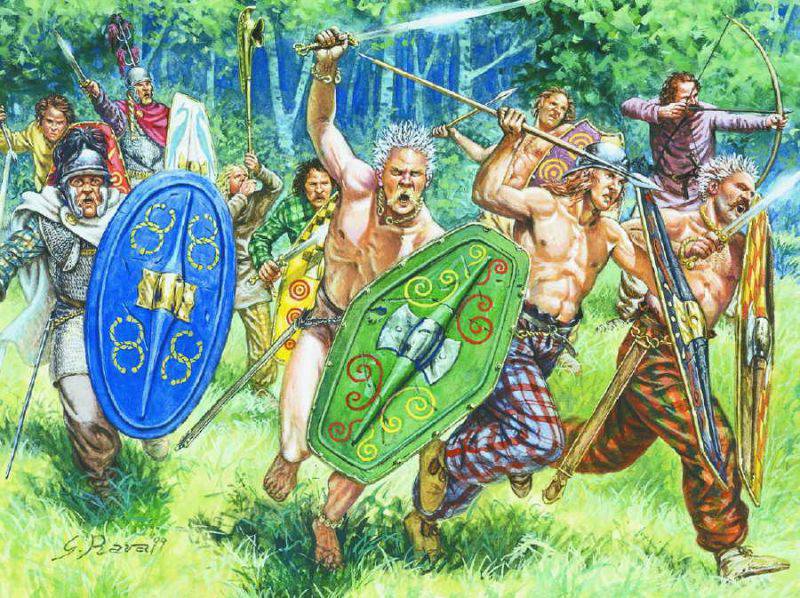 This statement of his speaks of the futility of the use of dismounted cavalry in battle and also that the people of that time understood this. And yes, in fact: it is difficult to imagine such a large number of cavalry dismounted for battle. And where at the same time they divide their horses? They took us to shelter, as the American dragoons did in fights with the Indians, as it appears to us in westerns ?! In addition, the Celtic cavalry, dating back to the time of the early empire, all the time says that she fought on horseback. So it should be concluded that the real cavalry existed among the Celts, but was armed with the most varied weapons and represented, most likely, Cossack lava, and not the same riding dragoons of the era of Peter the Great. 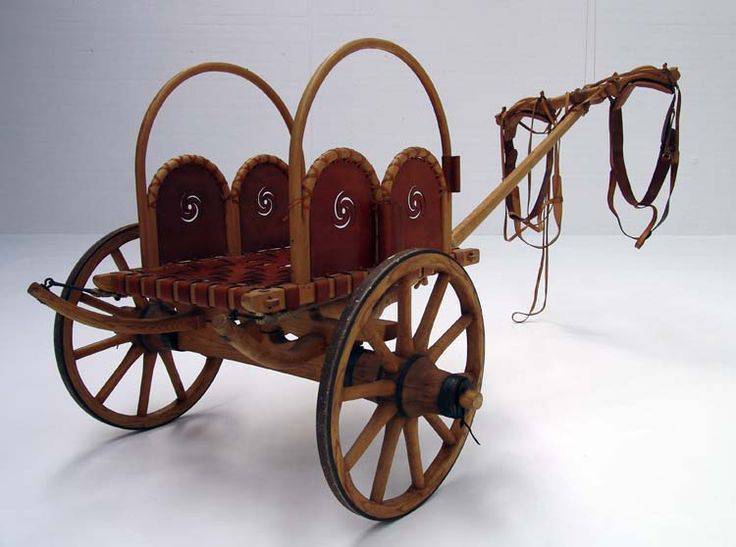 Found a lot of Celtic fishing, most of which have snaffle rings. There is a sculptural image of a rider with a round shield that is clearly not Roman and not Greek, and therefore it is a Celtic equestrian shield. The Celts used the same saddle as the Romans in the era of the empire. This type, with a split front and rear bow, is depicted on the Gundestrupe Cauldron and on the Julius Monument in Saint-Remy, which dates from the end of the 1st century. BC. It depicts a battle between the Celts and the Romans. One of the horses fell and dropped the rider; it must be Celt, because the Roman triumphal monuments of Roman soldiers were never depicted as lost. Consequently, the saddle with bifurcated bows belongs to the Celts, not the Romans. On the Gundestrupe Cauldron one can clearly see the disks with which the Celts decorated the harness of their horses. Several such discs made of silver were found in northern Italy; and the Romans adopted from them and then this custom! 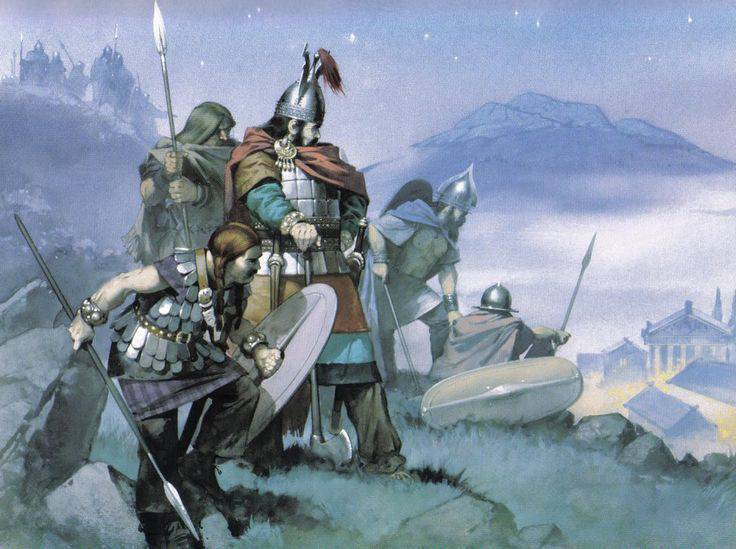