December 28 2015
45
Interesting news: December 23 in Russia was an opinion that the interests of the Taliban and Moscow ... are the same. Well, not as a whole, of course, but in the matter of the struggle with the “Islamic State”. This was stated by the special representative of the President of Russia for Afghanistan, Director of the Department of the Foreign Ministry Zamir Kabulov. According to him, the interests of the Taliban "objectively coincide with ours." The Russian press immediately jokingly dubbed the Taliban "moderate patriots." 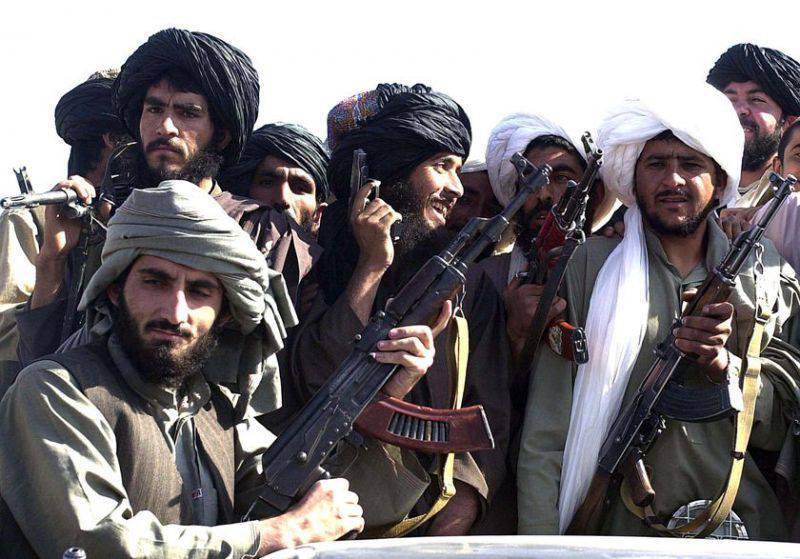 December 23 evening on site Interfax there was an interesting interview. He was given to journalists by the special representative of the Russian president for Afghanistan and the head of the department of the Russian foreign ministry Zamir Kabulov. The expert gave an assessment of the NATO mission in Afghanistan, and also spoke about the coincidence of interests of Moscow and the Afghan Taliban in the fight against the "IS".

The NATO training mission in Afghanistan, according to the expert, is “ineffective.” The Americans brought Afghanistan "to the handle." “When all the Taliban were expelled in 2001, the level of disability was reduced to zero,” Kabulov recalled, “now, as a result of the massive American presence, we received a strategic threat, including for us in the future, for China, for India, for Central Asia, for Iran. "

“The Taliban now for the most part act as a national liberation movement. For them, Americans are occupiers who illegally occupied their homeland and threaten their cultural and religious traditions. ”

Regarding the possibility for Moscow to use the Taliban as allies in the fight against ISIS in Afghanistan, the expert said the following: “The Taliban and without our help are doing this because they feel that ISIL is trying, like Al-Qaida” Time to use them for transnational purposes, for caliphate, for global jihad. ” Sensing such a "use", the Taliban began to put on "IG" "quite serious blows." “Both the Afghan Taliban and the Pakistani Taliban,” the expert explained, “said they did not recognize Al-Baghdadi as caliph; they did not recognize ISIL. It is very important".

“The interests of the Taliban and without stimulation objectively coincide with ours,” Kabulov noted further. He recalled the presence of Moscow "communication channels for the exchange of information" with the Taliban. According to the expert, Russia is in favor of "a political settlement." “We would like the government of Afghanistan with its opponents, even if armed, to negotiate without blood and come to acceptable compromises. And for this we need to take into account the current resolution of the UN Security Council, ”summed up Kabulov.

Meanwhile, let us add from ourselves, there is a contradiction that can prevent Moscow from using the Taliban as a kind of "allied" force. First, the Taliban are still fighting against official Kabul. Secondly, this very official Kabul from time to time asks Moscow to help. weapons. True, it says that it is necessary to combat the "IG".

The first vice-president of Afghanistan, Abdul Rashid Dostum, addressed the request for military assistance to Russia this fall. He said that Kabul needs weapons, we need airplanes and helicopters to fight IG.

In fact, a rather weak Kabul is at war with both the IG and the Taliban, which became more active after the withdrawal of most of the NATO contingent from the country. In the spring of 2015, the media wrote about the announcement by the IG and the Taliban of mutual Jihad. But this does not change their common goal. Kabul attracts those and others.

It is necessary to talk about competition: between the militants there is a confrontation for the future power. Meanwhile, the "official" Afghan government is located between two fires. In any case, the alliance of Moscow with the Taliban in any form would look at least unusual. We must at least remember that the Taliban, just like the Islamic State and Al Qaeda, are recognized by the Supreme Court of the Russian Federation as terrorist organizations. Their activity on the territory of Russia is prohibited.

In addition, not all Taliban shun "IG". Some of them see in the new army of Islamists a real new force. In early December 2015, the Western press reported that about 1600 militants who had previously fought for al Qaeda and the Taliban swore allegiance to IG. It is also known that these "divisions" then took control of a number of counties and Jalalabad.

An expert of the Center for the Study of Modern Afghanistan, Andrei Serenko, considers the cooperation of Russia with the Taliban impossible. According to him, the opinion that the Taliban will help Russia or anyone else in the fight against the “IG” should be characterized as a “complete delusion”. The expert does not know "what could have been dictated by Kabulov’s statement."

“Russia has no sustainable channels that allow it to play the role of an equal partner with the Taliban.” Moreover, cooperation with the Taliban could have horrific consequences, including for the security of Central Asia and Russia, ”Serenko explained to the newspaper’s correspondent. "Sight".

"Today, Russia has only one option - this is the support of the central government in Kabul, cooperation with NATO forces in Afghanistan," the analyst believes.

Azhdar Kurtov, a leading researcher at the Russian Institute for Strategic Studies, expressed a different opinion to the newspaper Vzglyad. He brought two Russian proverbs: the enemy of my enemy is my friend; of two evils choose the lesser.

“Yes, the Taliban is neither ideological, nor political, nor a long-term strategic ally of Russia, but the Taliban found themselves in a situation when a force emerged in Afghanistan that is a very serious opponent of the Taliban movement, the official authorities and the interests of Afghanistan’s neighbors: Iran, Turkmenistan, Uzbekistan, Tajikistan, China and Pakistan and neighbors that do not have a common border with Afghanistan, but nonetheless have their own interests, such as the Russian Federation. In this sense, I can imagine an alliance with the structure of the Taliban, ”said Kurtov.

The Taliban in this case, the expert said, tactical allies. We are not talking about a long-term alliance or assistance to the Taliban in the war. Speech only about how not to interfere with them to carry out military operations against the "IG". Of course, when the threat of "IG" will be neutralized, the question of the Taliban will arise. Is it possible that the Taliban will continue the victorious movement to Kabul? “Yes, such a situation is possible, but the lesser of two evils choose the lesser,” says Kurtov. - The situation in Afghanistan is very difficult after the departure of the Americans and their allies, and in any case, our ability to effectively counter the rebel anti-government movements is limited. According to Ostap Bender, we must choose the third position according to Senka, set tasks that we can accomplish, and not take, and consider that all our actions should be refined and verified. ”

The situation, we add, looks at least controversial. The Americans, who strengthened the al-Qaeda terrorists in the eighties of the last century, when the Mujahideen were fighting the Soviets in Afghanistan, then got a strong enemy - in fact, they themselves gave rise to a monster, according to some politicians of that time. Support for the Taliban, whatever it may be, can lead to unpredictable results. It is unlikely that Moscow will do something in the region, even if it is connected with the fight against IG, which at least indirectly helps the Taliban to strengthen. The slightest omission in this kind of “strategy” that will lead the Taliban to the march on Kabul will instantly become a geopolitical trump card in the hands of the West: the Russians, they say, support terrorism and oppose “democratic power” in Afghanistan. And what should Moscow do next? Fight the Taliban? But the Americans are asleep and see how the Russians are getting involved in the next eastern war! This quagmire can suck in such a way that it will not be able to get out of there even after ten years. The Soviet Union has already sipped Afghanistan. And now there is Syria, and this is already very much for an economically weak Russia.