Will we see profits from nanotechnology? 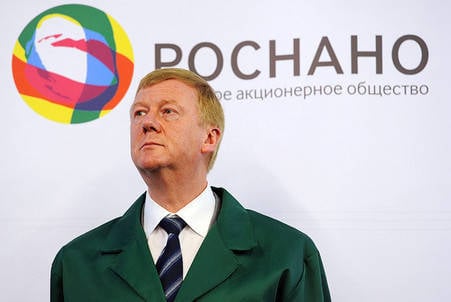 Analytics is a difficult and ungrateful thing. Well analyze the state of affairs, for example, in shipbuilding. Everything is very simple and clear: ships and submarines are going off from the stocks — then everything is fine. It remains, of course, a question of quality, but you will not see it at once.


With nanotechnology more difficult. They are "nano" ... That is very small. But since our nanotechnologies are again in the center of the scandal, we still have to try to make out. But what if?

See what is happening in the nanoworld, I want to many. Including the Russian Court of Auditors. The joint venture of the Russian Federation began an inspection of the activities of Rosnano on the use of funds raised under state guarantees of the Russian Federation in 2010-2015. The audit began in December and takes less than a month, but the auditors especially carefully check the company not only because of recent statements by the head of Rosnano, Anatoly Chubais, but also in connection with past criminal cases that were instituted after checking the joint venture in 2013.

There is no special doubt that after checking the budget for Rosnano will be reduced, and state-owned companies will still have to adhere to the economy in the current situation, since Rosnano does not have a lot of money from their core business, but from revaluation of foreign currency assets.

In 2013, the Accounts Chamber has already conducted an audit of Rosnano, while the joint venture's auditor Sergey Agaptsov revealed serious violations in the activities of the state-owned company, which resulted in criminal cases against the organization’s top managers. However, all documents on these cases were not subject to publicity and are contained under the heading "DSP" or "secret."

But some of the actions Rosnano still got publicity. And, unfortunately, there is really nothing to boast about.

Flexible e-book "Plastic Logic" was, perhaps, the most popular project "Rosnano". Back in 2011, the head of Rosnano, Anatoly Chubais, presented the experimental gadget to Prime Minister Vladimir Putin at that time and promised that he would soon replace the entire set of textbooks for schoolchildren.

But less than a year, the project was closed due to the “lack of economic feasibility,” which caused a storm of ridicule in the blogosphere to the Rosnano management: the evil tongues claimed that the technology was outdated at the time of the demonstration of the new gadget.

However, according to the Accounts Chamber data, Rosnano managers turned out to be not at all the profane people in technology they wanted to appear. Moreover, judging by the manipulations with budget money, the release of new gadgets was not really planned.

Initially it was assumed that Rosnano would purchase the technology for the production of flexible displays and launch their production in Zelenograd with a circulation of more than 2 million copies a year. However, instead of the usual contract of sale or joint venture organization, a completely different scheme was carried out.

The circle is closed.

Thus, as a result of the scheme, no (even outdated) technology was purchased, the plant in Zelenograd was never built, but on the accounts of the foreign Plastic Logic Luxemburg more than 5 billion rubles settled (including the complex netting system), and on the accounts of the Russian CJSC, which directly does not even belong to Rosnano, only 2013 million rubles remained by the 620 year - this was the conclusion reached by the auditors of the joint venture.

For this, in Luxembourg, Fonds Rusnano Capital was registered with a staff of three people (all of them are Rosnano managers). To manage such a complex structure, a five-person management company Rusnano Capital AG (including Anatoly Chubais himself) was established in Switzerland, and an consulting service contract was signed with Axioma Management, which was paid $ 1,3 million for the services.

Management was simple: the entire fund was allocated $ 440 million, of which 70% went to deposits in banks or the purchase of foreign "blue chips". And 30% was invested in two foreign funds, one of which was in the process of liquidation.

By the way, this is the answer to the question of where foreign currency assets come from Rusnano. Everything is very simple.

Moreover, many members of the supervisory board of Rosnano were categorically against the very idea of ​​creating a foundation. As noted by the auditors of the Accounts Chamber, one of the members of the Supervisory Board sent a negative conclusion to this project, noting that there was no full justification for the need to create such a structure.

This is a net withdrawal of money abroad. In fact, all 13,5 billion rubles, which are directed to the funds, are either lost to us or have not brought any returns. With the apparent connivance of the supervisory board of Rosnano.

Another project that was approved by Rosnano, contrary to the opinion of its scientific and technical council, was Liotech, declared as “the world's largest factory for the production of high-capacity lithium-ion batteries”. According to the project, this was supposed to be a joint venture between Rosnano and the Chinese manufacturer of rechargeable batteries "Thunder Sky".

The project cost was 13,5 billion rubles. At the same time, only Rosnano contributed money, and the partner had to contribute its intellectual property - production technology.

Experts were categorically against: some pointed out that the production of these batteries is not nanotechnology, others that only the army can be a consumer of products within the country, and therefore the participation of a foreign partner in it is “a threat to national security”.

And the official appraiser Ernst & Young appraisal, based on the analysis of the market, said that in the coming 10 years, only China could be the only sales market for these products. So to build a plant in Russia was not too logical.

But the plant was still built. However, in spite of the fact that Rosnano made its contribution, its Chinese partner did not contribute intellectual property, and the products of the plant became in fact counterfeit. Now the company is operating at a loss, selling its products to the same Chinese at half the cost.

I will add that "Thunder" - a very well-known battery manufacturers. Everyone who uses Baofeng Chinese radio stations is familiar with this product. But few people know that 80% of batteries goes into the army of China, and can not be exported to other countries. He himself was a direct participant in such a case that the ordered custom radios were turned back by the Chinese customs, forcing them to replace the "military" high-capacity batteries with ordinary ones.

And this is not the only such project.

It is worth noting that since its creation in 2007, Rosnano has received a profit only once, in 2014, 8 billion rubles, and then only because of the devaluation of the ruble.

In the autumn of this year, the government issued Rosnano state guarantees for 70 billion rubles. From 2016 to 2020, the state-owned company may receive more than 50 billion rubles in subsidies within the framework of state support for the nanoindustry. The question of where this money will go is also open.

What else causes genuine interest is the Rosnano structure. If you go to the official website, then in the section on the company structure (http://www.rusnano.com/about/subsidiary/rusnano-usa), you can see the following.

RUSNANO USA, Inc. - A subsidiary of OJSC RUSNANO, established in December 2010 of the year to represent the interests of the RUSNANO group in the United States and Canada, as well as to help promote Russian nanotechnology products to world markets.

In addition, the counterparties of RUSNANO USA, Inc. ROSNANO design companies that are interested in promoting their products to the American markets, are looking for partners in the USA and Canada or are objects for mergers and acquisitions.

Office RUSNANO USA, Inc. located in the center of Silicon Valley (California, USA), near Stanford University. The company, together with the offices of the Skolkovo Foundation and RVC, also opened their offices in Silicon Valley, plans to participate in projects to bring high-tech products of Russian companies to foreign markets, to create an international technology transfer system, to search and train qualified specialists for design companies and research centers, as well as in the development and implementation of infrastructure projects with foreign participation.

Interesting, right? What are the "high-tech products" that you plan to implement? Counterfeit Chinese batteries or "Russian smartphones"? Probably the only thing that managers from Rosnano can interest their "American partners" is the withdrawal of Russian rubles converted into dollars to the American market. No more.

For this, of course, an office in Silicon Valley is a must.

And there is another branch in Israel ...

In fact, not a single project in which the state-owned company Rosnano has invested has yet fired, and its profit is not the result of the work of top management, but the result of sanctions and the fall of the ruble. However, in the "Rosnano" believe that their crisis is not concerned at all and frankly shikuyut by the state.

Probably, here plays a primary role unsinkable aircraft carrier "Anatoly Chubais." The phenomenon of Anatoly Borisovich is generally difficult to understand. How many "good" has brought this statesman of his country (it would be necessary only to clarify which country is his country) can not be underestimated. But there must be at least some logical result?

Yes, when Skolkovo opened with great fanfare, there were many sarcastic comments. In fact, everything turned out much worse. Skolkovo and Rosnano under the strict guidance of Chubais turned into a pump, pumping money from the budget for the benefit of ... Well, we know, and so, for whose benefit.

About how to rob the people of Russia, A. B. Chubais could write more than one book. And, once nothing more he can not, then I think that it will change its case, is just silly. But not as openly?

The Russian people are very patient. He can tolerate price increases, and the fall of the ruble, and all the special effects associated with the ruble, sanctions, oil, gas. But, as shown historical practice, patience sometimes ends in a splash. So isn’t it easier for our authorities to really think about what needs to be done in this situation? Until it's not too late.

The “boiling point” can come at any time. And then microscopes cannot be distributed to the entire population. Why microscopes? How else can try to see the profit, which brings the state (ie, us) state corporation Anatoly Chubais?