December 25 2015
32
Russian Security Council Secretary Nikolai Patrushev spoke about the fundamental aspects of the updated National Security Strategy of the Russian Federation before 2020. Patrushev believes that the activities of the Organization of the North Atlantic Alliance represent an increasing danger in global terms. He stated this in an interview with Rossiyskaya Gazeta. 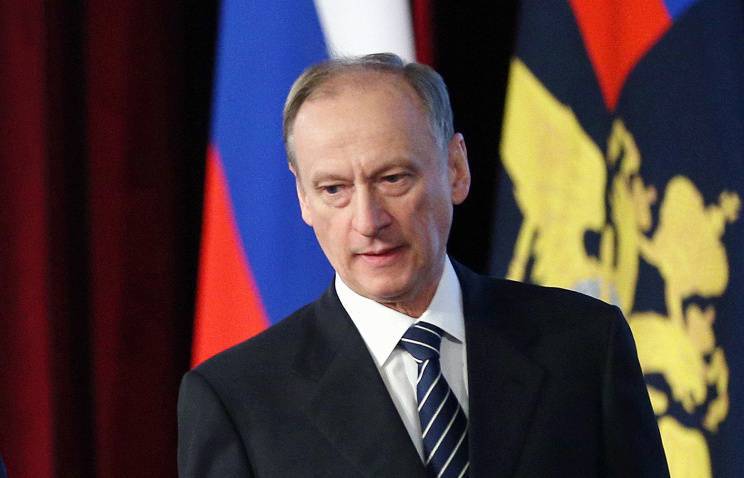 December 22 evening "Russian newspaper" There was a great interview with the Secretary of the Security Council of the Russian Federation Nikolai Patrushev.

The update of the National Security Strategy of Russia up to 2020 of the year, the revised version of which is submitted for approval to the Russian President, is connected with the requirements of the Federal Law “On Strategic Planning in the Russian Federation”: this document requires updating the Strategy every six years. The current strategy is adopted in 2009 year.

According to Patrushev, the old strategy has shown its effectiveness over the past years: Russia has demonstrated the ability to protect sovereignty, independence, state and territorial integrity. In addition, the country's role in solving major international problems has increased.

Recently, however, new challenges and threats to national security have emerged. Here, Patrushev emphasized that the United States, with the support of other Western states, intends to maintain dominance in the world, for which “attempts are being made to restrict Russia's pursuing an independent foreign and domestic policy.”

“The threats posed by the military activities of NATO pose an increasing danger,” the Security Council Secretary further noted. And this danger applies not only to Russia, it concerns the entire planet: “The desire to build up and modernize offensive capabilities, deploy new types of weapons, create a global missile defense system, including around Russia, is eroding the structure of global security.”

Regarding the statements of Western leaders about NATO as a defensive alliance, the Security Council secretary said that such words "only cover up the aggressive nature of the alliance."

“The new version of the Strategy,” Patrushev said, “has set targets for countering these and other dangers, while national priorities, basic principles and approaches to ensuring national security remain unchanged.”

As for some features in the new version of the Strategy in the sphere of Russian defense, Nikolai Patrushev noted that the strategic goals of protecting the country from attempts to use military force against it were more clearly formulated, and more attention was paid to mobilization readiness and civil defense.

“At the same time, it is emphasized,” Patrushev explained, “that in order to protect its interests, Russia is pursuing a foreign policy that excludes costly confrontation, including a new arms race.”

Regarding the events in the Middle East, North Africa and the threats of world terrorism in general, Patrushev said that the document provides ways to counter the spread of radical ideology and its propaganda in the media, and also justifies the importance of increasing security against the terrorist threat of critical infrastructure, individuals, society, . The text stated that the practice of changing legitimate regimes using the “color revolutions” methods led to the spread of terrorism, and the emergence of the “Islamic state” was the result of a double standard policy that other states adhere to in the fight against terrorism.

As for foreign policy, Patrushev noted, as before, will be built on the principles of equality, mutual respect, non-interference in the internal affairs of countries, mutually beneficial cooperation, political resolution of global and regional crisis situations. The goal of Russia is “to acquire as many equal partners as possible in all parts of the world.”

“The new version of the Strategy clarifies the tasks of cooperation between the Russian Federation and its partners in the CSTO, the Eurasian Economic Union, the SCO, in the Asia-Pacific region, Latin America, Africa and the Arctic. We are also interested in cooperation with the United States and European states, but on an equal basis. ”

According to the Secretary of the Russian Security Council, the essence of the updated Strategy is “strengthening the unity of Russian society, ensuring social stability, interethnic harmony and religious tolerance, eliminating structural imbalances of the economy, increasing the country's defense capability.”

So, the Secretary of the Russian Security Council focused on the danger posed by NATO: “The threats posed by NATO’s military activities pose an increasing danger.” And these are not any "duty" words or propaganda. Leading Russian military experts believe that NATO continues to move east.

“Yes, NATO is moving east,” said "Free Press" Leading expert at the Center for Military-Political Studies MGIMO Mikhail Alexandrov. - Develops geopolitical space, from which the USSR and Russia left. That is, the harm that Gorbachev did to our country, he is only now beginning to be fully realized. Not only that, because of his political myopia, the Russian nation was dismembered, and twenty-five million Russians were actually in foreign countries, there was also a deadly threat to the security of Russia. First of all, in connection with the advance of NATO to the east. "

According to the expert, at least it was foolish to believe that the Western military bloc would not act in its own interests.

“The fact is that Russia is the only military force that holds back the military potential of the West. And the West is now starting to lose in economic competition with other civilizations. And because even more resorts to military force to impose certain norms of behavior on other states. But the West can use military force in a very limited way, since there is a military-strategic parity with Russia. Therefore, its purpose is to destroy Russia. Then, any restrictions on the use of military force to preserve their global domination will simply disappear. ”

According to the expert, the destruction of Russia is "the strategic goal of the West." That is why the West is trying to create military superiority by squeezing Russia in the grip of military bases and deploying a missile defense system.

The head of the Eurasian Integration and Development of the SCO Institute of the CIS countries, military expert Vladimir Evseev suggested where exactly incidents might occur with NATO member states. “The Baltic countries may be the most real place,” the expert told the Free Press. - There have been quite a lot of incidents related to airspace violation lately. This is due, among other things, to the very complex geography of the border. And a large number of both military and civilian aviation in this region. ”

And yet, Yevseyev noted, after the incident in the skies of Syria, the Baltic states would be especially cautious about such clashes, because an armed conflict between Russia and the Baltic countries could lead to a single result: the Baltic countries would "actually be occupied." Understanding this, they will not go on their part to a serious aggravation.

So, Secretary of the Russian Security Council Nikolai Patrushev noted that the threats associated with the military activities of NATO are an increasing danger. The alliance’s desire to build up offensive capabilities blurs the structure of global security. Statements by Western leaders about a “defensive” alliance only cover up the aggressive nature of the alliance.

Russian military experts also raise great concerns about the advance of NATO to the east. The destruction of Russia is the goal of Western strategists. The West is trying to create military superiority and squeezes Russia in the grip of military bases.

Observed and commented on Oleg Chuvakin
- especially for topwar.ru
Ctrl Enter
Noticed oshЫbku Highlight text and press. Ctrl + Enter
We are
Upgrading the Chinese Navy. Part of 2Update the Russian Navy. In the gland. Part of 1
Military Reviewin Yandex News
Military Reviewin Google News
32 comments
Information
Dear reader, to leave comments on the publication, you must to register.