And for whom the knock of the judicial hammer will become softer? ..

December 25 2015
84
In the week, the highest authority Supreme Court - Plenum of the Supreme Court - adopted a resolution entitled “On the practice of imposing criminal penalties by the courts of the Russian Federation Behind the “multi-letter character” of the document, which overloads the ordinary citizen with legal information, there are several important points that should be paid special attention. And the main point, such attention is worthy, are the sections of the document “General beginnings of sentencing” and “Consideration of circumstances mitigating and toughening punishment”.


Art.28 of one of these sections of the ruling of the plenum of the Supreme Court of the Russian Federation reads as follows:

In accordance with part 2 of Article 61 of the Criminal Code of the Russian Federation, the list of circumstances mitigating punishment is not exhaustive. As a mitigating circumstance, the court has the right to admit a guilty plea, including partial, remorse, the presence of minor children, provided that the guilty person takes part in their upbringing, material content, and the crime is not committed in relation to them, dependency of the guilty elderly persons, his state of health, the presence of disability, state and departmental awards, participation in hostilities to protect the Fatherland, etc.

At the same time, Article 28 states that the list of aggravating circumstances in accordance with Article 63 of the Criminal Code of the Russian Federation is exhaustive and is not subject to expansive interpretation.

From Art. 28 rulings of the plenum of the Supreme Court:
In view of this, the circumstances aggravating the penalty must be indicated in the sentence in the manner prescribed by the criminal law. 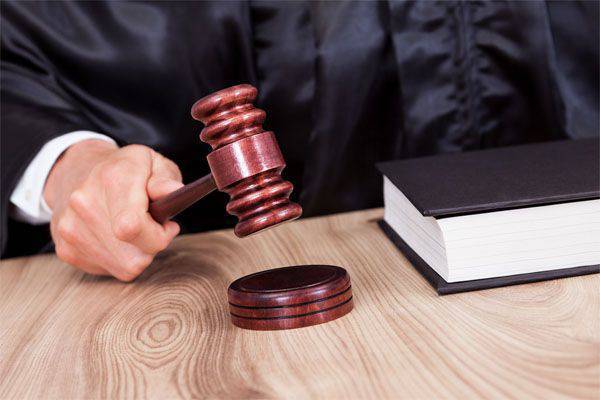 As they say, one does not need to be a great expert in the field of jurisprudence to understand the essence of the changes that the Supreme Court is conducting. Officially, these changes are associated with the humanization of the Russian justice system. But in fact? In fact, everything may well come down to the fact that judicial freedom is more than significantly increased, if I may say so. In other words, a single representative of the judicial corps of Russia gets an official opportunity to determine how many mitigating circumstances can be applied to a particular defendant, which will simultaneously lead to an increase in the percentage of subjectivity in making a court decision. It would seem that such an opportunity was before, because that very part of 2 Art. 61 speaks about it - “When sentencing can be taken into consideration as mitigating, circumstances not provided for in the first part of this article”, but now the Supreme Court, as it were, suggests It is precisely on this point that the judges need to pay special attention, providing an opportunity to find out for what kind of “merit” the punishment is mitigated. The subjectivity of the decisions of the judges must be supported, as it were, by objective arguments ... Officially, an increase in the transparency of decisions, but unofficially, humanity, which for some reason most often does not apply to the majority of ordinary defendants.

But subjectivity, frankly, rolls over today. One example is the situation with the former commander-in-chief of the Ground Forces, Vladimir Chirkin. The ex-commander-in-chief was deprived of all titles and awards on the basis of a court sentence in a corruption case. The court decided that Vladimir Chirkin took a bribe in the amount of 20 thousand dollars in order to assist the soldier in obtaining a one-room apartment. The prosecution stated that allegedly General Chirkin (at that time - 2008 - deputy commander of the Moscow Military District) declared his readiness to help Major Vladimir Lopanov, dismissed as early as 1998, in obtaining the apartment, although he already had all the necessary documents to receive . The prosecutor asked for Vladimir Chirkin as much 7,5 years of a strict regime colony! As a result, the court decided that a lot of evidence had been collected, and ruled that Chirkin was guilty of the crime. The final judicial verdict is 5 years of a strict regime colony. It is noteworthy that at that time Vladimir Chirkin was not saved by any extenuating circumstances, including numerous awards. They were simply taken away. Strange, but the judge for some reason completely ignored the judge of that part of 2 Article. 61 of the Criminal Code of the Russian Federation.

And now - in the week - the Moscow Garrison Military Court decided to change the article according to which Chirkin was convicted and the sentence itself. Instead of a strict regime colony, the ex-commander-in-chief of the Ground Forces was fined 90 thousand rubles ...

Is judicial logic amenable to some explanation? - rhetorical question. After all, if Chirkin’s crime was not grave, then what’s the Strongach 5 years. If we are talking about a corruption offense, then the fine in 90 thousand rubles when doing damage to the same major Lopanov in 20 thousand dollars (2008 year) looks, to put it mildly, strange. Now the question of whether there was a crime and does hang in the air at all on the basis of almost diametrically opposite court decisions.

And after all, examples of the subjectivity of sentencing and their revisions can be given to the masses, and the masses, even if we are talking about high-profile cases. For example, the verdict against Colonel Vladimir Kvachkov, who was found guilty, no less than nothing, in organizing insurgency and terrorism, presenting a crossbow and several rusty cartridges for pistols as evidence. Allegedly, with this mighty arsenal, Kvachkov was going to take Moscow, on the way finding comrades-in-arms or supporters for themselves ... The awards to Colonel Kvachkov didn’t help either. But what about ch.2 Art.61? Or Kvachkov, as a "terrorist", it did not apply ...

But there are also cases where the awards helped. And, perhaps, the most famous of them is the case in the case of ex-Minister of Defense Serdyukov, the judicial decision on which caused, to put it mildly, a strange public reaction, especially given the fact that the RF IC itself was promoting the case.

Now it turns out that judges can attach something “from themselves” so that the punishment is mitigated without special consideration of the Criminal Code of the Russian Federation? The main reason to argue the decision was that he stole a couple of billions from the treasury, bought a house on the Cote d'Azur, leaving the region without roads, and schools without heating, but he had dependent children under his age and was constantly taking care of the elderly mother, and was also terminally ill with allergies honesty - and therefore, urgently mitigate the punishment to the minimum ... He warmed his hands on the budget, but it turns out that he was a gentleman of such an order - it means, too, to soften, understand, forgive and release.

In addition, the courts are entitled to individually determine the degree of public danger of crime. Theft of a spade is, of course, a socially dangerous act, because the offender could go even further and use the spade as weaponsbut the theft of hundreds of millions from the regional treasury does it carry some kind of social danger? Yes, any court can "individually" recognize that, of course, it does not carry ...

There is an opinion that the sound of a judicial hammer will again be too soft for people who commit large-scale economic crimes, signing with 30 million rubles pens. They have the same disease, orders and minor dependents, unlike all the others ...

Ctrl Enter
Noticed oshЫbku Highlight text and press. Ctrl + Enter
We are
Situational analysis of the death of the MH17 flight (Malaysian Boeing 777), made on the basis of engineering analysis from 15.08.2014Results of the week. "Enter the ambassador citizen!"
Military Reviewin Yandex News
Military Reviewin Google News
84 comments
Information
Dear reader, to leave comments on the publication, you must to register.