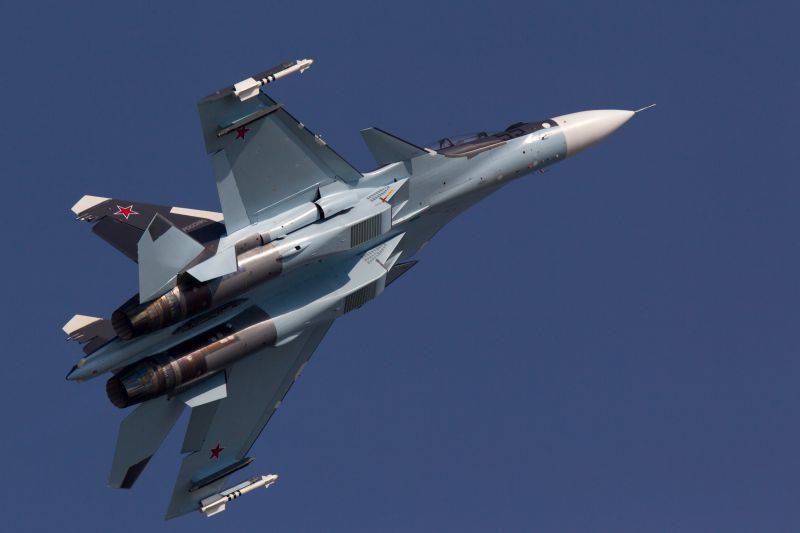 “943 of the Su-27 / Su-30 family of aircraft are used in various countries of the world, which is about six percent of the global number of combat aircraft. The first two places are occupied by American aircraft F-16 and F / A-18, ”the report says.

In the top 10 of the most powerful air fleets in the world, the first place, as before, is left to the Americans, whose air force has 13717 airplanes and helicopters (26% of the total fleet). It is noted that for the maintenance of aircraft "involved 397 air tankers Boeing KC-135s."

The second place is for VKS RF having 3547 airplanes and helicopters. In this case, the most modern aircraft called Su-34, whose "combat debut" recently took place in Syria.

In third place is the Chinese Air Force, which has at its disposal the order of 2942 airplanes and helicopters.

Ctrl Enter
Noticed a mistake Highlight text and press. Ctrl + Enter
We are
SIPRI published "Top 100" weapon manufacturers in 2013Iran demonstrates air power: Clones of the forgotten F-5
58 comments
Information
Dear reader, to leave comments on the publication, you must to register.