December 24 2015
34
Judging by how events develop, it will become. The fact that those who are pulling the strings of dolls ruling Ukraine are not interested in the prolongation of these agreements is clear and understandable. 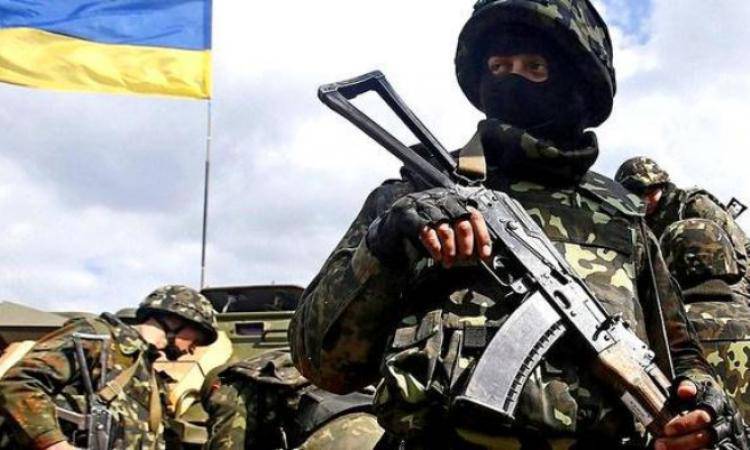 What is only the recent statement of the European Commission on December 21.

Russia was accused of disrupting the tripartite talks between Russia, Ukraine and the European Commission on the association of Kiev with the EU. And naturally it goes against the Minsk agreements.

“Throughout the negotiation process, the EU was attentive to Russia's claims and put forward proposals for practical solutions to problems without amending the DCFTA (Free Trade Area Agreement). However, Russia put forward demands that were not justified or could not be accepted, as they did not comply with WTO or EU standards. ”

"Moscow’s decision to suspend the free trade zone with Ukraine is political pressure and contradicts the rules of the tripartite group negotiation set forth in the Minsk agreements", - said European Commissioner for Trade Cecilia Malmström.

At the same time, neither the European Commissioner nor anyone else in the commission argued their position and did not specify what they had in mind, since the Minsk agreements did not concern trade issues between Ukraine and the Russian Federation in general.

For a sober-minded person, it is clear that all this passes under the category of political insanity. But the reality is that if a decision is made to blame for the imminent cancellation of the Minsk Agreements to be placed on Russia, then any excuse will do. Even so attracted.

But in the Minsk agreements there is, among others, another interesting point. Among the main points on the cease-fire, the withdrawal of weapons, the exchange of prisoners, the reform of the constitution, there is an item on the transfer of border control to Ukraine.

Stop. Control of Ukraine over the border. Just a week ago, the head of the State Border Service of Ukraine, Viktor Nazarenko, publicly announced that Kiev is going to take control of the entire section of the border with Russia, where today there are militia DNR and LC.

“We are preparing to take control of the area that we do not control, this is 409,3 kilometers. We have developed an appropriate plan, considered it at the board and should be ready for this. This is a difficult task that we must complete. I want to note that in this matter we will also act in close conjunction with the armed forces and other law enforcement agencies. ”

And with 17-18 in December, the intelligence services of the armies of both republics began to record the movement of military equipment to border areas.

But what does the 9 point say?

9. Recovery full control over the state border from the government of Ukraine in the entire conflict zone, which should begin on the first day after the local elections and end after a comprehensive political settlement (local elections in certain districts of Donetsk and Lugansk regions on the basis of the Law of Ukraine and constitutional reform) by the end of 2015 subject to the item 11 - in consultations and in consultation with representatives of individual regions of the Donetsk and Lugansk regions within the framework of the Tripartite Contact Group.

I highlighted the key points, and I’ll also give you the 11 point.

11. Constitutional reform in Ukraine with coming into force by the end of 2015, the new constitutionthat assumes decentralization as a key element (taking into account the peculiarities of certain regions of the Donetsk and Lugansk regions, agreed with the representatives of these regions), and adoption of permanent legislation on the special status of individual regions of Donetsk and Lugansk regions in accordance with the measures indicated in note 1, until the end of 2015.

Since there were no movements by the Ukrainian authorities on the 11 clause in general, we are not talking about the 9 clause either. But this is us. And they (the State Border Guard Service of Ukraine) quite frankly prepare to regain control at the border. Or pretend to be prepared. Because of such plans are usually silent.

The "ukroblitskriga" plan, of course, is likely. To gather troops capable of cutting or pushing through the defenses of the armies of the republics and striking is quite within the power of the APU. But ... in the LC and the DNI are well aware of what is happening.

Another Ilovaisk ukroarmii and ukropolitikam hardly survive. This will be the final final. Most likely, we are dealing with a political provocation, both in the first and in the second case. The expectation that Russia is stuck in Syria, has quarreled with Turkey, the economic situation is getting worse, and in Moscow they want to make peace with the West, and therefore the Russian leadership will again put pressure on the people's republics. But this is already in the category of "dreaming."

Apparently, there, in the West, Minsk is already tired of everything. Tired of the sanctions fighters against Russia, as the arguments about the continuation of sanctions day by day look more and more far-fetched and helpless. Tired of the Ukrainian government, which the year did absolutely nothing for the normal implementation of the signed document and the establishment of a real dialogue with the republics.

January 1 will show whether Minsk-2 will continue. Or these agreements will simply be forgotten over time, as some kind of interfering information.

In many sources, more than once, the phrase that the Minsk agreements are no longer worth even the paper on which they were printed slipped. Strongly disagree.

In fact, a year without active hostilities, without mass shelling of cities and villages. The number of lives saved by the Minsk agreements did not just justify the time and nerves spent on them. It paid off with interest.

Apparently, the forces wishing for fighting to thunder and blood again in the Donbas are really tired. Tired of looking at their own powerlessness and the inability to change anything with conventional methods.

It is likely that the Minsk Agreements will indeed be trampled into mud in order to continue to triumph with the ideas of the semi-insane opponents of the Russian world. Well, we all already know how to answer this.

Looking lately at how much around those who want to "lower" us, cause us inconvenience, harm and bring us other "pleasures" of the Western-style democratic system, evil sometimes takes. Few of us own, so still strangers lined up in a queue. "Who else is in line to harm Russia?"

At the time, ukrovoinov scared "north wind." Well scared, because the hotheads cooled on the "one." But the "north wind" is nothing compared to the east. It is not necessary for policy makers to play with nature. East wind ... not worth it, in a word.

Ctrl Enter
Noticed oshЫbku Highlight text and press. Ctrl + Enter
We are
And what about our WTO?WTO is marking time. Russia will push?
Military Reviewin Yandex News
Military Reviewin Google News
34 comments
Information
Dear reader, to leave comments on the publication, you must to register.