Do not wake the "Baltic tigers", let them go away in a dream

December 25 2015
126
Almost imperceptible to us, but as a bolt from the blue for proud and independent Balts, an event occurred that shook the peri-European swamp. No, this is not a ridiculous purchase of almost hundreds of German infantry fighting vehicles in Lithuania without a repair base and application prospects. No, this is not the same absurd refusal to participate in an antiterrorist operation together with Russia, which, by the way, didn’t call these toothless tigers anywhere. No, this event is much more colorful, largely symbolic, but absolutely insignificant.


On December 18, the mayor of Vilnius, citizen Shimašius, a liberal and active supporter of gay parades, received a gift from the Russian ambassador, Alexander Udaltsov, to the Catholic Christmas, which shook the moral principles of the young man. What could it be? Kiselev's propaganda abstracts? The helmet of the legendary Motorola? Flag of New Russia? Not. Udaltsov gave the mayor a bottle of vodka "Putinka". Well, bottle and bottle. You want, lubricate the strings of the soul, you want - degrease the surface. But in modern Baltic is not so simple. 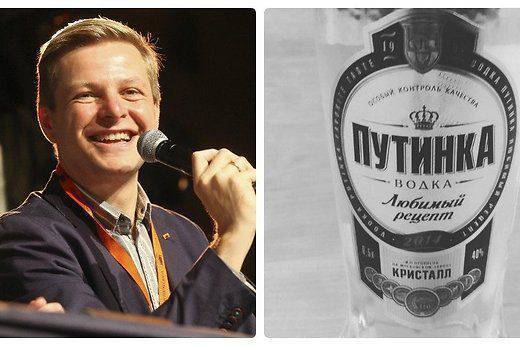 The wounded governor instantly shared his indignation with all those who had not yet managed to escape from dying Lithuania. Shimashyus blamed the ambassador for being unethical, trolling, almost provocative, given the international situation. The mayor pressed on the Lithuanian public, which “does not support Putin’s actions”, etc. Perhaps, once the head of the city was simply “sewn up”? Or, as the Lithuanians are joking, scared that after Russian vodka will pull on women? Is it with his inflexible European position? The situation, of course, comical. Especially when you consider that in the international arena, about which the mayor sang so insistently, there is hardly a million people who are aware of the very existence of Shimašius.

So why this storm in a glass of Baltic water? To answer this question, we need to return to the original source, so to speak, to the vector that has been asked to all the Baltic countries.

Suicidal vector for the Baltic

Since 1990, all three Baltic republics have just been trying to jump out of the “prison of nations”. Zhlobsky desire "all at once", however, was not privatized only Balts. Our "leaders" also did not hesitate to throw promises into the orgasmic crowd of freedom-loving screamers. But our “democrats” are far, oh, so far from such a hypertrophied appetite as the Baltic trio has. After all, some of them sincerely believed that the democracies were about to “teach” them and they would heal. At the same time, the innate swindiness of the latter forced the Western curators to monitor the wards and not rob them.

In the ecstasy of big changes in the Baltic States, they did not notice how they were appointed the leadership literally in manual mode. No, of course, at first the patriots in the provinces were stabbed by homebrew managers from former party daddies and “offended by the Soviet authorities”. But when it became necessary to tighten the screws before the final jerk into the void, the local thieving bureaucrats were no longer fit. They, of course, did an excellent job with the robbery of the Soviet heritage, but they were no longer suitable for putting the people's eye to sleep.

Ironically, real pros were sent for this very “slumber”. So, in 1999, Vaira Vike-Freiberga, who taught psychology in Canada a year ago, was sitting in the presidential chair of Latvia. The last time Vaira breathed Latvian air in 1944, when her whole family fled after the Nazis to Germany. Valdas Adamkus settled in neighboring Lithuania. A participant in all sorts of independence movements during the war, behind each of which Nazi ears stuck out unbearably intrusive. The last time these ears were Wehrmacht Colonel George Mader. As usual, he fled to Germany, and later to the USA, where he even served at the Center for Army Intelligence. Estonia was the last to fall on this list; Toomas Hendrik Ilves was there. He did not find the war, but his parents were strikingly in solidarity with previous families and fled from the Soviet troops to Sweden. Toomas was born in Stockholm, but again, guided by this invisible solidarity, settled in the United States and only in 1991, he returned to Estonia, where he almost immediately received a high position, and later became president.

These are only three characters who have run together to carve out the Soviet legacy. It is not difficult to imagine with WHAT patriotic feelings they returned to their native land. These irreconcilable fighters with a “bloody scoop”, watching from afar with pain in their hearts, as their more compliant compatriots moan under occupation, probably felt their homeland so subtly for more than 40 years of emigration! They, truly, should have understood the purely labor pride of their compatriots for the fishing fleet, the Ignalina nuclear power plant, the WEF, the Alpha and RAF plants, and the radio plant named after them. Popov? Or not?

Yes, these years simply did not exist. For them, it was not. This is all occupation! Therefore, in addition to fashionable Russophobia, these gentlemen brought with them a deep disregard for the whole layer stories, and, accordingly, all the material reminders of her. It was a new mental level, prepared for the population, a new vector. Even that thin stratum of the population, consisting of ethnic Latvians, Lithuanians and Estonians who could not understand this new self-destructive course of power, broke through the knee and was branded “blood betrayal”.

But all these titanic efforts also had very pragmatic political goals. Indeed, in the midst of highly skilled workers of the “thousand workers” factories matured a sound political vision of the situation. But unlike our "truckers", who are so "poor and large" that they can drive wagons empty, the Baltic working class, having lost jobs, respectively, means of subsistence, dissolved in a muddy political quagmire. So says Ilya Gerchikov, president of the firm "Dzintars", one of the few remaining afloat. True, he himself is a living testimony of his words, as the perfumery firm "Dzintars" also turned from a company of many thousands into a company with less than five hundred employees.

And all this long before joining the EU, which again made the local patriots doze off for a while. Now dumb evidences of past glory are all over the Baltics. 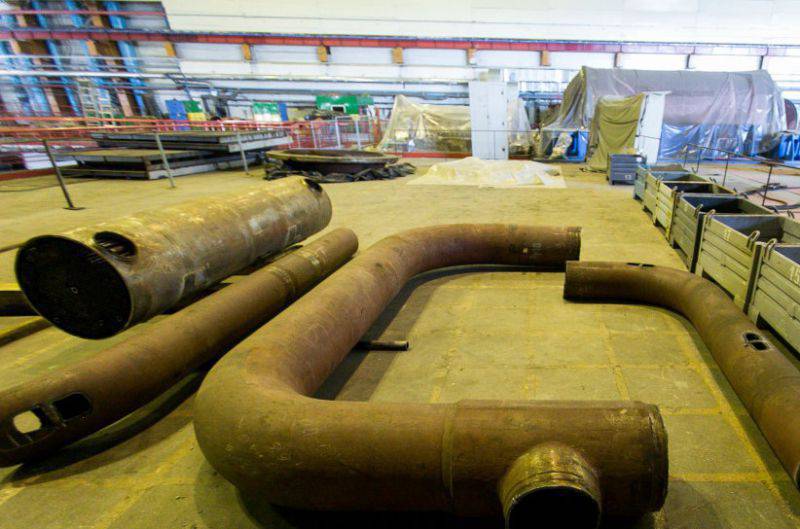 Here, for example, the elimination of the Ignalina NPP at 2009 (the NPP itself was stopped at 2004), which has not finished its entire resource of anything — more than 20 years. But the elimination of the partial energy independence of Lithuania was a condition for joining the EU, where all sorts of “buns and cookies” were waiting for them. 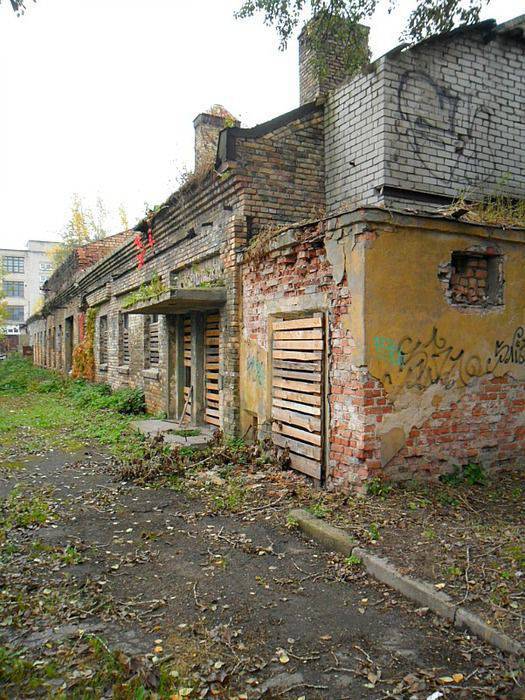 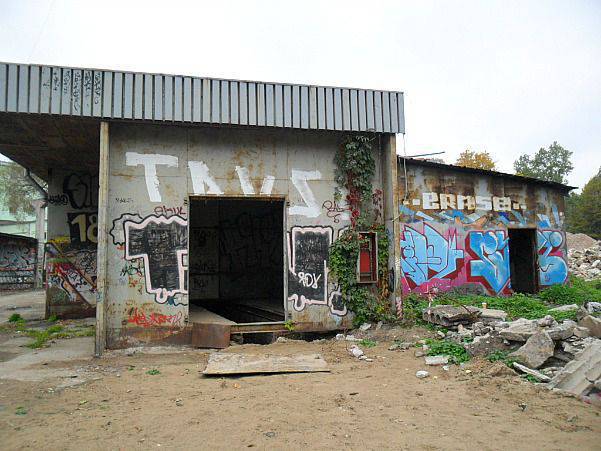 But the ruins of the famous VEF plant, part of the buildings of which is now being rented to various commercial firms. In addition, local “creatives” are now holding urban games there to tickle the nerves of local youth. 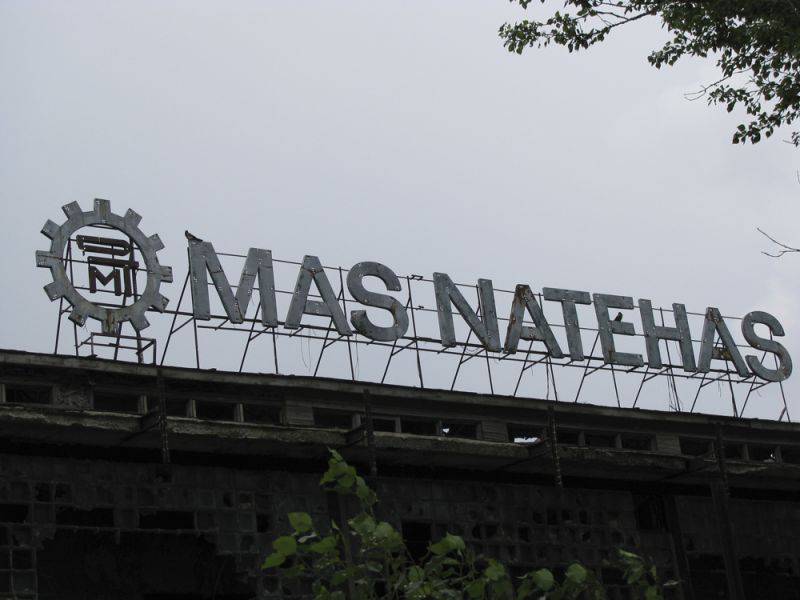 In this photo, we see what remains of the machinery plant in Pärnumaa in Estonia, which burns with amazing systematicity. Ironically, due to the European policy of the authorities, the metalworking plant currently operating in the same Pärnumaa cannot find professional welders who, even with a salary in euro 1000 (2012 year), run around the world. 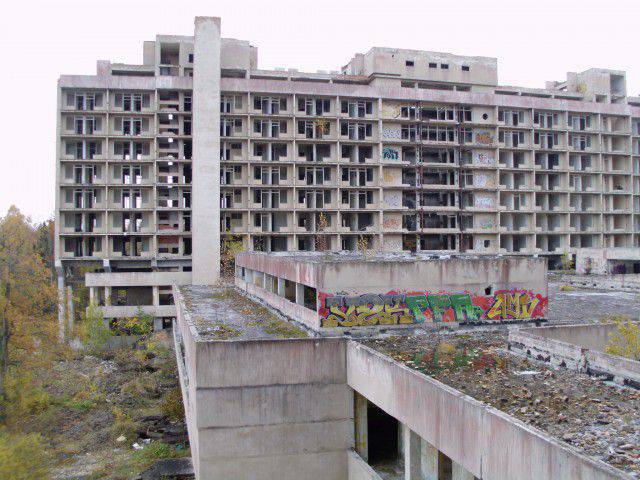 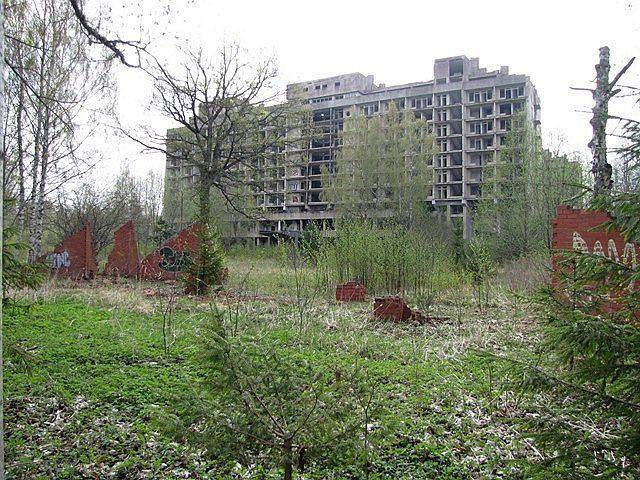 And this is not Pripyat, not Kosovo, or 2008’s Tskhinval - this is Latvia, Kemeri. Again, this building itself, in which it is no longer possible to guess the frontline resort at one time on 1200, has a wry irony, since the resort was called "Latvia"!

Good old horror stories and the release of steam ...

However, one should not think that the Balts are deaf-blind. In the end, the ears on the hungry rumbling in the stomach can not close, and trying not to knock his teeth on the cold for heating can not save. It is here that the “evil Ivan” is brought to the arena, who is ready to take everything away: sprats, water from the Baltic and Dalia Grybauskaite so that the snow in Siberia can be removed. And everything should be wrong with him: the planes are falling, the cars strive to collide, even his gas is explosive. 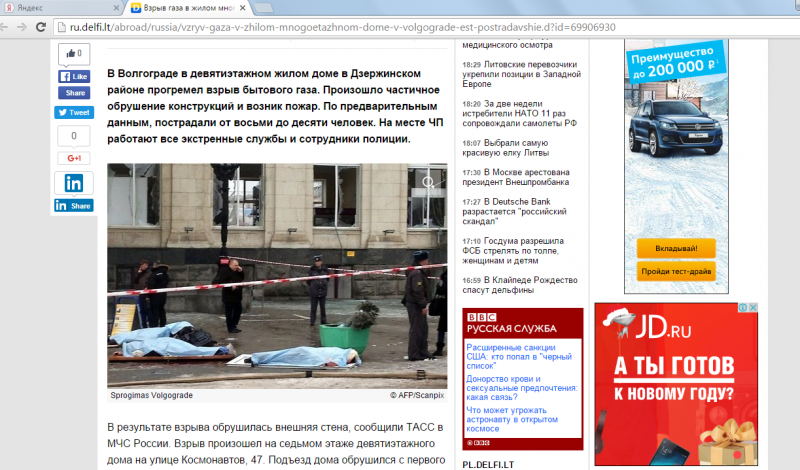 And therefore the picture to news It should be chosen with the arrangement. So that in the foreground are corpses (at least three), in the background the ruins are larger (their own ones have already become familiar), and around the police, so to speak, strangles civilians. Let it shake, let the fake. The main thing is that the political line has been observed, the European vector is correct ... And unchanged throughout 25 years. And it’s already impossible to back up - the last ones, who have been taught to Euro-coke, will be crushed and they will not be asked to give their last names.

The simplest content analysis of comments from visitors to the Baltic sites shows that the number of “politically savvy” comrades is getting smaller. And most often their patriotism is based on hate and victim complex. Extremely electoral complex, I must say. The EU, of course, helped a lot in this case, in terms of power it helped. The visa-free regime allowed the release of steam, helped the active and sometimes desperate people to escape from this "paradise". And the rest have nowhere to go. Yes, and a new generation has grown. And on what it grew, sight for sore eyes. Here, for example, is a list of state memorials of Latvia, which is sown “pure, kind, eternal” in fragile minds:

March 25 - Day of Remembrance for the Victims of Communist Terror.

May 8 is the Day of Remembrance of the Victims of the Second World War (respectively, with a Latvian flavor, Nazi semi-corpses, and Victory Day, by the way, is not in Latvia).

June 14 - Day of Remembrance for the Victims of Communist Terror (do not be surprised - just local specifics).

The first Sunday of December is the Day of Remembrance of the victims of the genocide of the totalitarian-communist regime against the Latvian people.

So in the 25 years, the new mentality of our former "fraternal" has been forged. Thus, the highly respected Mayor Šimašius could not have done otherwise. He almost physically needed the ability to vent his complaints and accusations. After all, it is precisely from them that their modern mentality is woven, since there is nothing more to weave from, because 50 crossed out the years, as if they had never existed.

And this is not gloating and not sadness, it is simply a statement of the natural historical finale. And maybe a little nostalgia. Nostalgia even for the old, raging cauldron of Russophobia "zero", which gave hope of a change in the suicidal course. And soon there will be nostalgia, when even these “amusing” ziguyuschih neadekvashek wash away with a wave of “European values”, “juvenile” justice and migratory rabble.

And now for the good! Dear readers, Happy New Year and Orthodox Christmas! I wish you health, good luck and as many opportunities to show kindness. On holidays, I wish moderation. And remember, a hangover will brighten up a bottle of beer, and nothing will brighten up a trip to the laboratory lab. 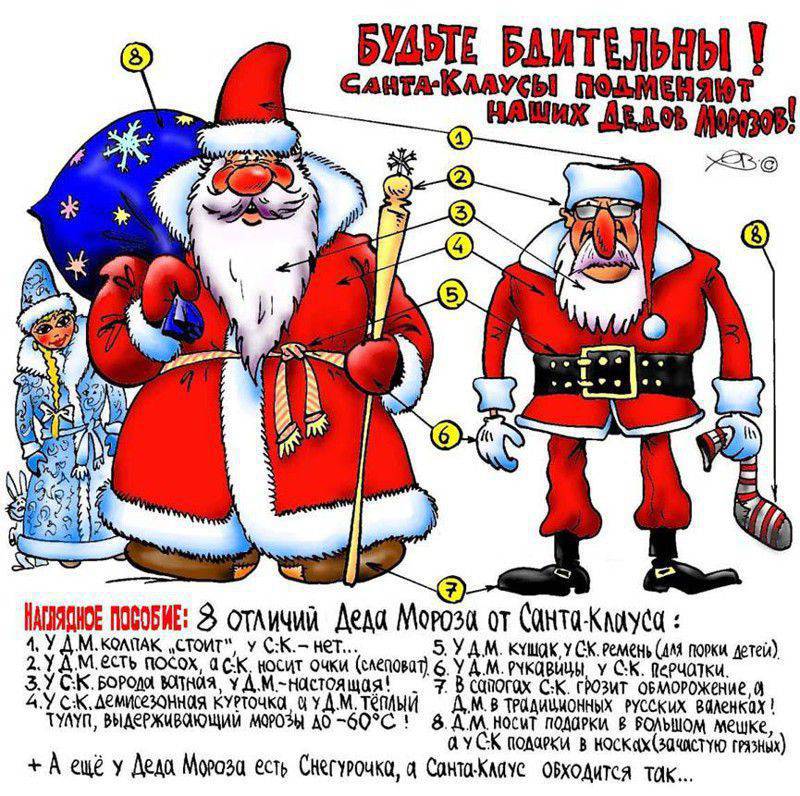