Attack on the Soviet throat! 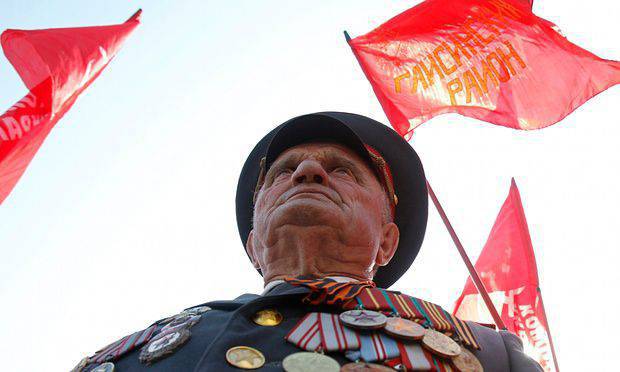 Having accused the Communist Party of assisting separatism and stirring up conflict, the political forces of Ukraine decided to completely get rid of it and its representatives, in principle, as well as of the Soviet as a whole.

The final decision was made by the administration of the Kiev district court on Wednesday, after which the decision was criticized by human rights defenders, who describe it as a “gross violation of freedom of expression and association”. Now, in Ukraine, Soviet symbols are completely banned, it is forbidden to show Soviet films, also to use the term “communist”: for this word, you could face a serious prison sentence.

The very same Communist Party of Ukraine refused to change the name, logo and charter to meet the new requirements of the legislation. I believe that such a court decision creates another conflict within the country, the consequences of which can be unpredictable.

In fact, this is the draconian method and the forbidden law that Kiev’s bloody power dreamed of: to prohibit and oppress the people who support the remnants of the Soviet past.

The Soviet past was particularly controversial after the overthrow of President Viktor Yanukovych last year and the conflict in Donbass in two eastern regions, which suffered as a result of hard shelling by the Ukrainian army, thousands of people were mercilessly killed during a military operation. The date of the beginning of the conflict is 7 April 2014, when there was an armed seizure of power, as a result of which Alexander Turchinov took the post of head of the country.

In connection with the uprising in the Donbas and the proclamation of the Kharkov and Donetsk people's republics "bloody shepherd" Oleksandr Turchinov announced the creation of an anti-crisis headquarters and declared war on the insurgent people of Donbass, calling it "ATO". In the course of such a reshuffle of power, hundreds of children were killed, houses were destroyed, thousands of civilian lives were destroyed, the infrastructure of cities was destroyed, more than 100 monuments to Lenin throughout the country were destroyed, and clashes continue to this day.

I do not care about the laws of the bloody Ukrainian policy, I will honor the memory of my grandfathers who fought for freedom without fascism. Once again, I can remind the Ukrainian junta that I express my opinion without fear of persecution, especially if this opinion contradicts the worldview of the bloody political forces of Ukraine.

Ctrl Enter
Noticed a mistake Highlight text and press. Ctrl + Enter
We are
About Stalin and KhrushchevOn the other side of the “red” and “white”. Izborsk Club Report
122 comments
Information
Dear reader, to leave comments on the publication, you must to register.