Shoigu: the process of donating C-300 to Kazakhstan is completed

December 23 2015
79
The contract for the donation of the C-300 complexes to Kazakhstan is completed, RIA News The message of the Minister of Defense Sergey Shoigu. 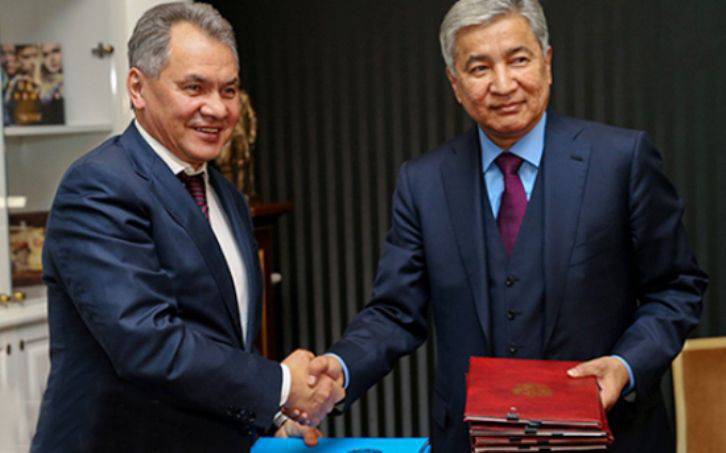 “We have completed a project on the donation of the C-300 ZRS to Kazakhstan. Taking into account the fact that this is a significant, if not the main contribution to the Unified Air Defense System, which, one can say, has already taken place, and today we can talk about its practical saturation ”,
The minister said at a meeting with his Kazakh counterpart Imangali Tasmagambetov.

“The transfer of these air defense systems is all the more relevant in today's conditions, when different types of threats can be observed almost every day near the borders of Kazakhstan,” Shoigu said. “From different directions of the region and around the borders of the republic.”

In turn, Tasmagambetov thanked the Russian leadership for the transfer of the C-300 air defense system.
“This is a great support,” he said, noting that “the delivery was carried out as part of the development of the Unified Regional Air Defense System of the Russian Federation and Kazakhstan.”