We want, they do not want? 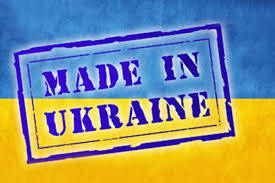 Last Tuesday, the Russian Foreign Ministry accused Kiev of imitating the negotiation process about the postponement of Ukraine’s entry into the Free Trade Zone (FTA): Kiev was “dragging out rubber”, intending to put Moscow before the fact. And the fact is this: the trade and economic section of the Association Agreement with the EU enters into force on January 1 of the coming year, regardless of the outcome of these negotiations. There are accusations against the EU. Negotiators from Russia correctly raised questions, and the head of the EU delegation stood up with the words “the game is over,” the Russian president said.


Recall, the Association Agreement with the EU is a huge document, whose volume exceeds nine hundred pages of text. The document describes in detail the changes that Ukraine will have to make to its legislation. This includes the policy of customs tariffs, the procedures for introducing a visa-free regime, Kiev’s refusal of import duties on European goods and much more; There is no place or sense to list everything.

The tripartite talks that took place in Brussels on Monday (EU, Russia, Ukraine) ended in failure. From January 1 2016, as expected, Ukraine will enter the FTA with the EU. Russia, in turn, suspends the operation of the FTA with Ukraine.

As noted by RIA "News - Ukraine"After the meeting, European Trade Commissioner Cecilia Malmstrom stated that the EU, Ukraine and Russia were close to resolving problematic issues, but the Russian side did not show adequate flexibility. At the same time, she said that the introduction of Russian duties on Ukrainian goods violates the Minsk agreements.

The Foreign Ministry of the Russian Federation believes that the European Union and Kiev in negotiations with Russia on the consequences of the full entry into force of the association agreement between Ukraine and the European Union imitated the negotiation process and eventually brought it to a standstill. Reports about it Gazeta.ru.

“Our partners were engaged only in imitation of negotiations and obvious tactical manipulations designed to pull time and put Russia ultimately before the fait accompli: the trade and economic division of the SA enters into force on January 1 of 2016, regardless of the outcome of these so-called“ talks ”, - says the message of the Foreign Ministry.

Also in the Russian ministry said: Brussels tried to prove that the SA allegedly does not differ from standard free trade agreements. Kiev, in turn, tried to downplay the significance of Russian-Ukrainian economic ties and to outline the “bright prospects” that shine on Ukraine with the full opening of the internal market for goods from the EU. “The EU and Ukraine, by their intransigence, have brought the case to a negotiating impasse. As a result, an unprecedented problem situation has developed. For its rectification, the same unprecedented decisions were required, but neither Brussels, nor Kiev had neither, nor boldness, nor political will, nor diplomatic wisdom, ”the Russian Foreign Ministry emphasized. In addition, the ministry believes that "none of our partners were even going to negotiate and look for any compromises with Russia."

According to him, Russia will continue its attempts to regulate relations within the framework of the EU-Russia-Russia-Ukraine triangle. “I think that we will return to these issues many times. We want to improve relations with our partners, and we want to establish relations with Ukraine on this topic (according to the trade regime) and with the European Union, ”he said. RIA News".

The President drew attention to one remarkable fact: when the negotiators from Russia fundamentally raised controversial issues, the head of the EU delegation stated that the “game was over,” got up and left.

“The game is over, and they left, and a press release was released today that the Russian delegation frustrated the negotiations,” said the Russian leader. According to him, "this is not very European, not at all tolerant."

Earlier, Alexey Ulyukayev, the head of the Ministry of Economic Development and Trade of the Russian Federation, spoke about the possible agreements between Ukraine and the European Union and the response of Russia. According to him, the abolition of the free trade regime between Russia and Ukraine from January 1, 2016, does not contradict WTO norms, and its impact on the Russian economy will be minimal.

"Of course not. This is in full accordance with the rules of the WTO ", - quotes RIA News" the minister “We calculated everything, the impact will be minimal,” he added.

Deputy Director of the Institute of CIS Countries Vladimir Zharikhin believes that there is no reason to talk about violations of international law by Russia. On the contrary, Ukraine violates its obligations within the CIS.

"Klimkin constantly replaces normal diplomacy with propaganda for domestic consumption," said the expert. "Free Press". - The Treaty on the Free Trade Zone of the CIS has an application 5, which clearly states that the country has the right to suspend the operation of this agreement in relation to the state, which creates unfavorable economic conditions for it. So Russia is acting strictly in accordance with this agreement. ”

Ukraine, according to the expert, violates this agreement. It states: when concluding FTA agreements with other states, the country should consult with members of the FTA CIS.

And Russia initially insisted on the implementation of this clause of the agreement and on consultations. However, Kiev did not want this.

As a result, contract law violates Ukraine, not Russia, the expert concludes. Ukraine has no reason to dispute the decision of Russia, since Moscow acts in accordance with an international agreement, which Ukraine itself has signed in due time.

Let us ask ourselves: will Russia suffer from the economic rapprochement between the EU and Kiev? Will suffer. But not as much as it might seem. There are already some predictions about this.

The possible damage to the companies of Russia from the association of Ukraine with the EU could exceed 3,5 billion dollars, but Russia's withdrawal from the FTA with Kiev minimizes it several times, said First Deputy Minister of Economic Development Alexei Likhachev, presenting the corresponding presidential bill to 22 in December.

"I would like to emphasize that 3,5 billion is a speech about the predicted losses of the Russian business community, entrepreneurs if we did not react in any way to the launch of the FTA of Ukraine and the EU," Likhachev quotes "Lenta.ru".

Likhachev also noted that Russia's partners in the Eurasian Economic Union understand and largely share the position of the Russian Federation on this issue.

So, Kiev is moving farther from Moscow. Suppose that he will return to her "orbit", now the science fiction writer does not dare.

But not only Kiev moves away from Moscow. Politically and the European Union with their sanctions, statements in the spirit of "the game is over" and dancing to the tune of the United States. Despite the need for a common fight against world terrorism, which is recognized by many Western experts, it is practically impossible to overcome the differences between Europe and Moscow over Ukraine today.

Observed and commented on Oleg Chuvakin
- especially for topwar.ru
Ctrl Enter
Noticed oshЫbku Highlight text and press. Ctrl + Enter
We are
Results of the week. "The attraction of unheard of greed!"Russian ruble went to boarding?
Military Reviewin Yandex News
Military Reviewin Google News
89 comments
Information
Dear reader, to leave comments on the publication, you must to register.