Where will White Russia swing?

December 23 2015
262
It is customary to think of Belarus as a calm, stable country. Is it possible that there will be a misfortune similar to the Ukrainian one? Does it have its own "zapadenschina"? Do not they treat the Russians like brothers? Unless behind the "Batka" is not worth welcoming, hardworking people, the closest to us? 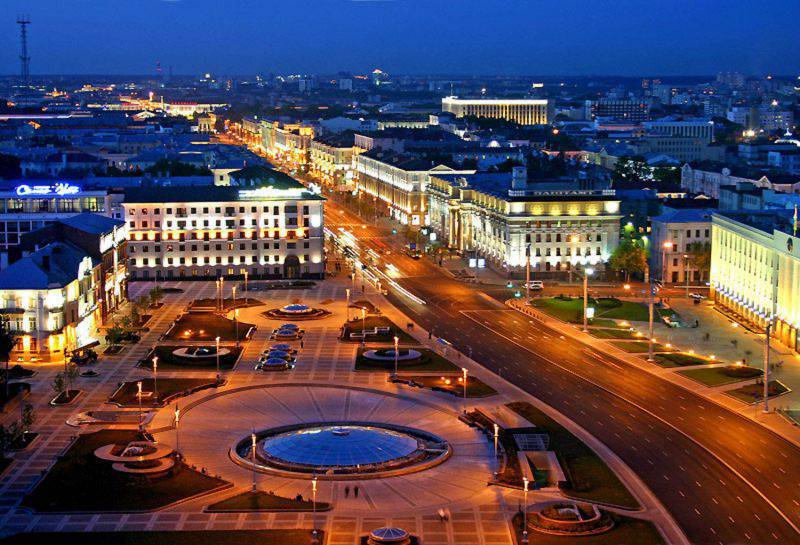 Belarus is not so homogeneous in the national and religious sense. For nine and a half million inhabitants - almost one million Russians and three hundred thousand Poles. Eastern Belarusians are difficult to distinguish from the Russians, and Westerners to the Poles and Lithuanians. About one million Catholics, about four million Orthodox. In a word, the people are by no means monolithic, several subethnos adjoin it.

And there is a “zapadenschina” there in the pro-Polish, pro-Catholic Grodno region, as well as the adjacent areas of the neighboring regions. There is also a kind of Belarusian “Donbass” - Polotsk, Vitebsk, Mogilyov region.

The body of the country is cut by a deep scar. It has existed for a long time, although it is not striking. At any moment, it can expand, turn into a crack, or even into a precipice that can split into two seemingly prosperous Belarus.

For the time being, the edge lived in a delicate balance. The east of the country and the west had different cultural ideals, different codes of national identification. But by all indications, the balance has recently been broken. The pendulum went in the direction, in many respects not coinciding with the vector of movement of Russia, the Russian people, Orthodoxy.

A significant part of the Belarusian intellectualism is infected with the ideas of "a more decisive separation from the Eastern barbarians," that is, from the Russians. From the pages of the media, from the radio, on the web, statements in the spirit flow: “We need to recall the European traditions of our country! We have always opposed the Moscow invaders!

We are the salt of the Grand Duchy of Lithuania, the bridge between Europe and Asia! And Moscow is part of the Horde, the center of despotism, Asiatic! In the blood of Belarusians - liberty unfamiliar to the Russians! Enough for us to be outcasts in the world community, we must do historical the choice in favor of freedom and Europe ”...

You can even hear this in relation to Russia: "Her characters are not ours, her culture is not ours." The historical truth is as follows: World War 1812 and the First World War swept over the lands of Belarus, and its citizens participated in hostilities as part of the Russian Empire, and many natives of White Russia became famous as true brave men, skilled warriors. But now the descendants of St. George's gentlemen say: “These are not our wars! Russia has involved Belarusians in completely unnecessary hostilities! ” And even: "Your great-grandfathers fought on the wrong side ..."
The scar is getting deeper ...

“Do you want to set up a museum in Smorgon places generously drenched in blood when Russia and Germany fought here?” - they ask again from an enthusiast who is ready to invest in the project with his own money, time and knowledge. - Not relevant. This is not our war! ”

This has not always been the case. Under “early Lukashenko,” the Great Patriotic War was the alpha and omega of Belarusian history, about which he repeatedly spoke out publicly. At a certain distance from it, the beautiful features of the ancient Russian principalities were visible. Ancient cities, the center of the mighty reign of Polotsk, illuminated by the figure of the great holy scribe Kirill Turovsky, a whole scattering of highly developed ancient city centers, whose roots go back to the soil of Holy Russia, - this is what was clearly stated in the textbooks.

Now, in school and university textbooks, chapters devoted to the Grand Duchy of Lithuania are growing by leaps and bounds. The territory of the present Belarus was part of it from the XIV to the XVIII century. And the further, the more Belarusian historians say, what kind of grace it was!

And there are signs that the state - not "kitchen" groups of opposition intellectuals, namely, government structures - is increasingly deviating from the previous course in the same direction.

It's not just textbooks that matter; the “Lukashenka’s” policy in culture and education provides real facts confirming this turn. For example, “war of monuments” - this is how the Belarusian journalists called this phenomenon. She certainly would not have happened without the participation of officials. After all, it is “people with portfolios” who decide who, where and when the monument is being erected.

Not far from Minsk City Hall in ancient times was a monument to Emperor Alexander II. He, of course, did not survive the Soviet era. The question of his restoration was raised several times, but a refusal came "from above". But now there is a monument to Minsk Vojta (the head of the magistrate).
At the foot of Vojta is the plan of Minsk of the XVI century, the times of the city belonging to Lithuania. In two steps, a sculpture “Urban Scales” recently appeared, dedicated to an event of five centuries ago - the endowment of Minsk with Magdeburg law. Both the voite and the three characters of the “City Scales” are dressed in such a way that if they appeared in the center of Warsaw, no one would have caught in the shades of Belarusian antiquities. 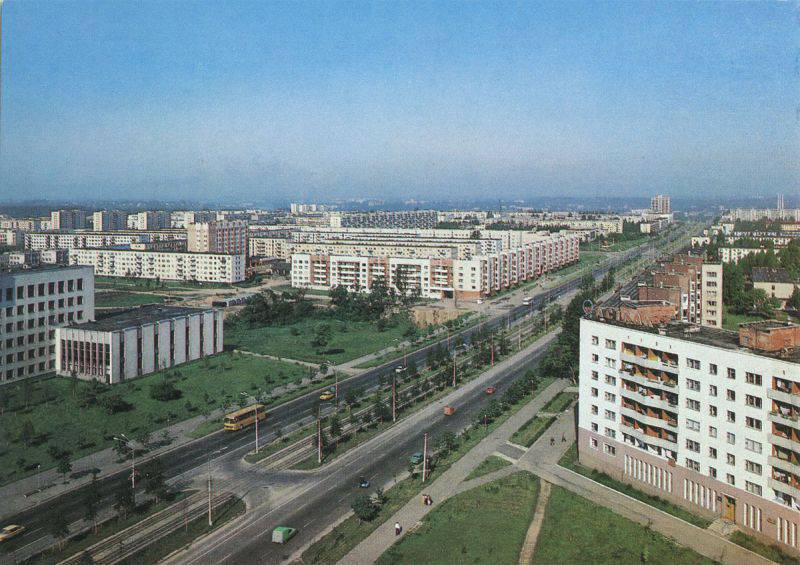 Vitebsk is the capital of the Belarusian “Donbass”. Photo nach. 1980's
In the summer of 2014, the local authorities erected a monument to the Lithuanian prince Olgerd in Vitebsk. Nobody thought much about the fact that Olgerd executed Christians for faith in Vilna: the equestrian statue of a pagan obscurantist was placed directly in front of the Resurrection Church.

This should be understood as a warning? Moreover, its meaning is apparently twofold: not only the Russian Orthodox Church, but also the Russian government should feel the thrill of horror. Olgerd fought with the Moscow principality several times and even reached the walls of Moscow, where, however, he broke off his teeth ...

It seems that the spiritual inspirers of the action are ready to lead the Belarusians in the vanguard of the “crusade” on Moscow!

Residents of Vitebsk protested in the media, and wrote in the name of Alexander Lukashenko. Here is an excerpt from their letter published in 2013:
“Dear Alexander Grigorievich! We appeal to you as citizens of the Republic of Belarus, representatives of various public organizations. We are concerned about the plans to install a monument to the Lithuanian Prince Olgerd in the city of Vitebsk. Olgerd has no relation to the Belarusian people. He is the aggressor and apostate, as well as the invader, who constantly fought with all his neighbors, destroying cities and killing civilians. As a cruel villain of Russia, he is remembered in Russian history. The evil horror left Olgerd in the history of Christianity. The Orthodox Church honors the memory (April 27) of the Lithuanian holy martyrs, subjected to a painful death on his orders. In the light of these immutable facts, the question naturally arises: what motives are guided by the initiators of the installation of the monument, what goals are pursued? Has anyone thought that the installation of a monument to the villain of Russia and the torturer of Christians can be offensive to the citizens of the Republic of Belarus - not only Russians by nationality and not only Orthodox Christians? ” 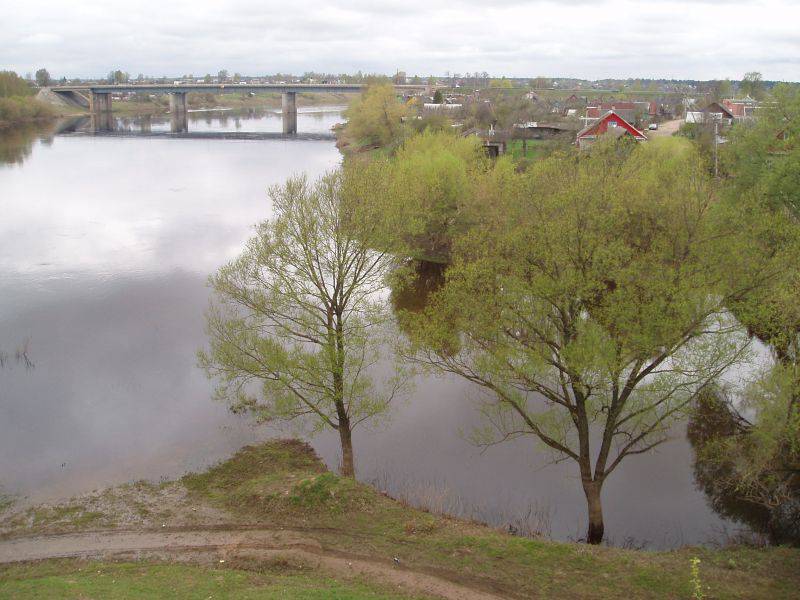 The Western Dvina is the main waterway of White Russia
The result: the authorities ignored the indignation of citizens, the monument was erected. The author of the monument, Sergei Bondarenko, told reporters that he had some work in the image of the first Grand Duke of Lithuania, Mindovg, whose sculpture they plan to install in the Belarusian city of Novogrudok.
Whatever the monument, further along the path of "Litvinization" of Belarus ... Aside from our common history and the exploits of its heroes.

For example, the monument to Alexander Suvorov was rejected. Just like the monument to Saint Equal-to-the-Apostles Princess Olga, many years ago the locals appealed to the authorities to establish it in Vitebsk ...

It is easy to understand that Belarusians are trying to inculcate such a variant of cultural identification that will tear them away from Russia, the Russian world as a whole, and for the future - from Orthodoxy. But “Litvinsky” is welcome, i.e. feeling of kinship with the state, which was the "true Europe", even if it was deaf and remote.

And what about Russia? How does she react to the erosion of Russian culture from her nearest neighbor? What is the response to the creation of a multi-million Belarusian people of new cultural identification, in something obviously hostile? What actions does it take in order to defend in the minds of the Belarusians and Russians living there the spiritual springboard of our brotherhood, friendship, and our cultural and historical intimacy?

And Russia is napping! Occasionally he will send some respected musicians to Minsk with a concert program, take part in a book exhibition, and that’s all. Russian government structures do not seem to notice the colossal daily struggle going on the field of information confrontation in Lukashenka’s power, they don’t rush to support the friends of our country, they don’t repulse its ill-wishers. We haven’t even created up to this time any serious media center that constantly, day after day, hour after hour, would explain the policy of Russia to Belarusians, give comments on controversial issues, defend the closeness of our cultures, historical and spiritual proximity. 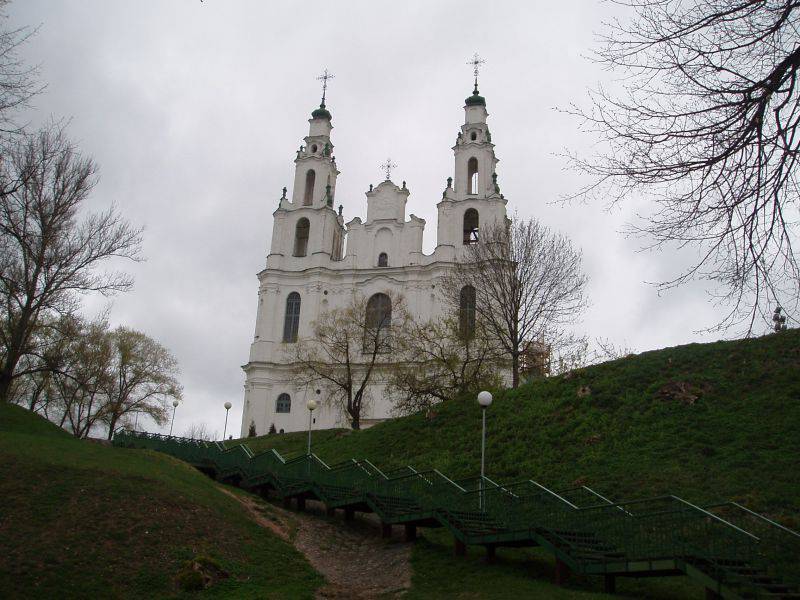 St. Sophia Cathedral in Polotsk
Now they talk a lot about the manifestations of "soft power". In other words, about winning the minds, acquiring positive public opinion, cultural expansion. That would be nice! But…

Our bear is mighty, but it hurts like to sleep in a den, sucking on its paw. And his dream can interrupt either spring, or hunters who have lined the den from all sides.

The current position of Russia regarding the processes taking place on the Belarusian land resembles the image of one of the characters in the Garage, a comedy by Eldar Ryazanov. While the members of the garage cooperative argued, quarreled, put up, defended their rights, he peacefully napped in the corner. In the end, it was he who got all the trouble.

We overslept Ukraine, including because of our former lethargy and passivity, blood is being shed there. And why? Yes, because the “partners”, who are actually opponents, managed to change the mentality of many people, especially young people, without life experience and proper knowledge.
It would not have slept and White Russia! We need new losses, a new enemy in the place where he did not exist and could not have been a quarter of a century ago? And then our bear will wake up, having heard the bark of another pack of evil dogs at the entrance to the den, will come out, roar, but only God knows if he will cope with the new scourge.

Ctrl Enter
Noticed oshЫbku Highlight text and press. Ctrl + Enter
We are
Who are the Belarusians. To the question of identityVolyn's tragedy: why "it is difficult to believe the Poles ..."
Military Reviewin Yandex News
Military Reviewin Google News
262 comments
Information
Dear reader, to leave comments on the publication, you must to register.