America lost nerves because of Azerbaijan 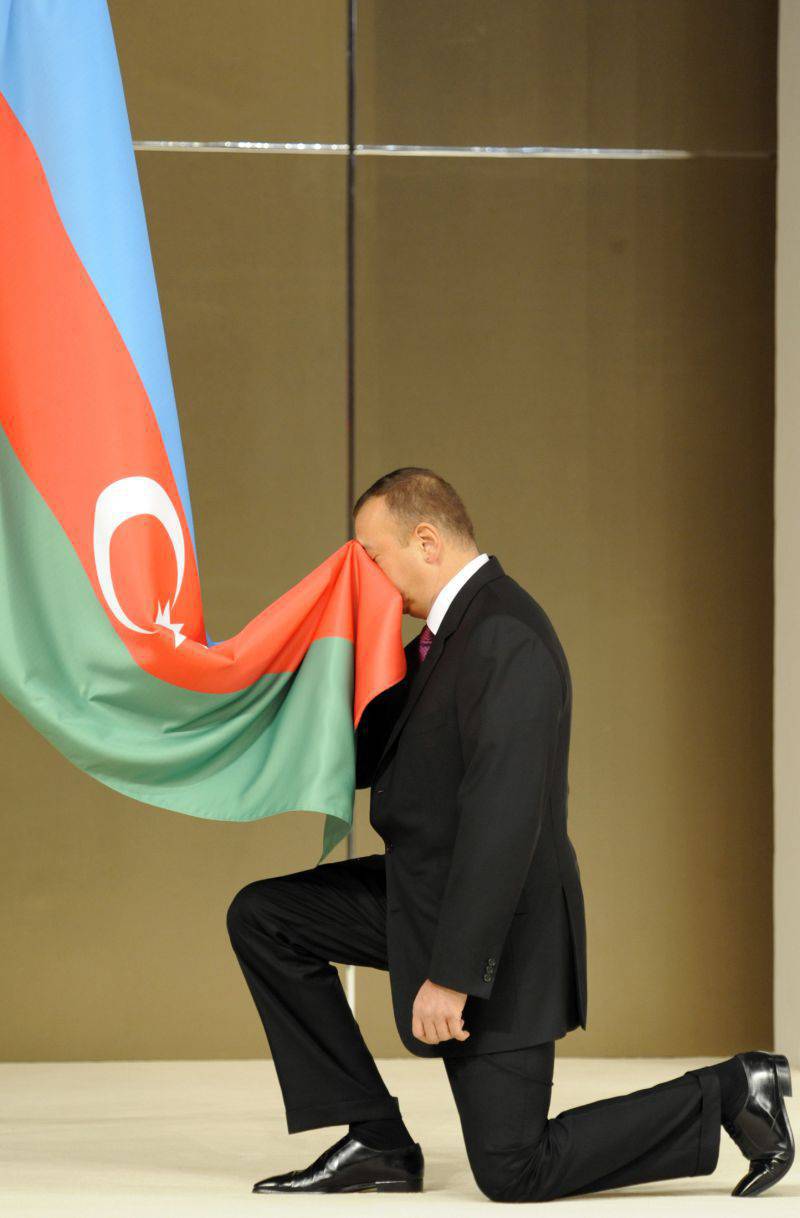 The set of US sanctions against Azerbaijan can only be called hysterical: these are not even “sectoral sanctions”, as with Russia, and not “lists”. The bill of the Act on Democracy in Azerbaijan, presented to Congress by the chairman of the US Helsinki Commission, Congressman Smith, provides for:

· A complete entry ban for all of the country's top leadership, including all members of their families - from President Aliyev, the Prime Minister, Deputy Prime Ministers, all ministers, members of the presidential administration, security officials, judges, etc .;
· Complete freezing of all interstate relations, termination of funding for all programs, cancellation of all meetings and summits, congresses - including in the humanitarian fields;
· The US administration also intends to block all projects of Azerbaijan in all international financial and trade institutions: WTO, IMF, World Bank, EBRD, as well as all regional organizations;
· It is assumed that both state assets and private assets will be completely frozen - that is, not only the country itself will be “distributed”, but its business and all citizens will be dismantled. Finance, real estate, production assets, goods shipped - everything is frozen;
· Given the fact that by tradition, following the United States, identical sanctions are always immediately introduced by Canada, Australia and the EU, the tragedy takes on a global scale.

What led America to such unparalleled rabies? It seems that they didn’t impose sanctions on even North Korea and Cuba. The reasons for the "exceptional country", as always, predictable.

Azerbaijan began a noticeable political drift in the direction of Russia, which we have already written about, and provided its airspace for the transfer of air equipment to Syria, refusing the “urgent recommendations” of the United States to “refrain” from this step. Truly, the grudge of Washington and the disproportion of its reactions already give cause for concern about the mental health of its inhabitants: well, do not react in the same way to such situations!

And even before that, Azerbaijan refused the "tempting" US proposal to join the anti-Russian sanctions and "not to do business with it as usual." It is clear that the meaning of the word “sovereignty” in the White House was long forgotten and the state’s right to decide whether to impose sanctions or not, they not only do not recognize, but no longer understand. For them, there is only a small country, which allowed itself disobedience, when it was given a clear order, obligatory for execution.

In addition, Baku has begun to more actively consider the possibility of the country's entry into the EEU, which for Washington already sounds like an almost undisguised revolt against the system. After all, Obama said that he “isolated Russia”, and Azerbaijan replied that he was considering joining the Russian integration project.

A year ago, the overt rage of the States caused the decision of the "Caspian Five", which, according to the results of the summit in Astrakhan, decided not to allow any military vessels to the waters of the Caspian Sea, except the ships of the "Five" itself. The creation of such an oasis of security in the region, to the shaking of which the US is making such consistent and significant efforts, caused real fury in Washington, and for Russia it became one of the largest diplomatic victories.

At the same time, two years ago, Azerbaijan abandoned the “honorable” role of kamikazes on the altar of democracy, which, like today's Ukraine, was supposed to burn magnificently, colorfully and worthlessly, creating a “belt of instability” around Russia. The fact that in Baku already after Georgia they were too well aware of what the regimes that exist on the principle of “live bright and die young” end up - this, of course, did not interest the United States. They were at all immensely surprised that the local elites show some concern about the fate of the country, and not only about their personal political and financial well-being. America, with its main deity, business, simply does not understand how other countries besides it can have interests and desire for themselves prospects. They imagine everything very simply: the official “sets fire to” the country - the States then generously reward the official who disciplinedly executed orders from Washington and betrayed his country.

But worst of all is Karabakh. Aliyev flatly refused to quarrel and fight with Sargsyan! After their recent talks, successful de-escalation continued in the region, which the States so diligently pumped the last 3 of the year on both sides. But both sides ended up choosing a “lean world.” And it overwhelmed Washington's patience.

The last straw was Aliyev’s recent visit to Beijing, where, among other intergovernmental agreements, the most important Memorandum of Understanding on the joint promotion of the creation of the Silk Road Economic Belt was signed. Not even a week had passed since the day when thunder broke out from Washington and the rumble of the supreme wrath of the “leader of the free world” was heard. Washington's fury is quite understandable: the Silk Road Economic Belt project will potentially become the most important transit artery between Asia and Europe, and Azerbaijan is one of the key places in this project, which will undoubtedly strengthen China’s influence in the region.

So far, Baku is trying to maintain cautious optimism about the situation. Assistant to the President on socio-political issues Ali Hasanov said. "Azerbaijan in such matters takes as its basis not the approach of individual pro-Armenian politicians, but the official position of the partner countries, and on this basis builds its policy."

But at the same time notes: “No one should doubt that if the US officially supports this biased project by adopting the“ game ”of pro-Armenian forces, then, naturally, the Azerbaijani authorities will demonstrate the necessary response in this case.”

The fate of the bill in Congress is estimated differently, but the most optimistic is the forecast that it will be adopted in a modified form. The very fact that Washington is determined to revenge Azerbaijan is, alas, no one denies. Probably, this situation will create certain opportunities for Russia to strengthen relations: the United States, by its actions, is simply pushing Azerbaijan into our arms.

Ctrl Enter
Noticed oshЫbku Highlight text and press. Ctrl + Enter
We are
Way out of chaosNikolay Silaev, Andrei Sushentsov: Georgia after the elections and prospects for Russian-Georgian relations
Military Reviewin Yandex News
Military Reviewin Google News
354 comments
Information
Dear reader, to leave comments on the publication, you must sign in.