December 23 2015
50
16 years ago - in 1999, on the basis of the order of the Commander-in-Chief of the Air Force of the Russian Federation Anatoly Kornukov, the Day of the Far appears in the calendar of holidays and observances aviation Of Russia. The official date for the celebration of Long-Range Aviation Day is December 23, and this date was by no means taken “from the ceiling”. On December 23, 1914, an air squadron of Ilya Muromets aircraft was formed. The formation was decided by the Military Council of the army.


About a year earlier, the four-engine giant (by then standards) C-22 "Ilya Muromets" made test flights. This aircraft was developed in St. Petersburg by the Russian-Baltic Carriage Plant Department by a group of engineers led by Igor Ivanovich Sikorsky.
"Ilya of Murom" became the first bomber. Its characteristics at that time were more than impressive.
Wingspan: upper - 30,87 m, lower - 22 m; empty aircraft weight - 3,8 t, maximum take-off weight 5,1 t, flight duration - up to 4 hours, flight range - up to 440 km, takeoff length - 450 m, climb time at 1 km - about 9 minutes. 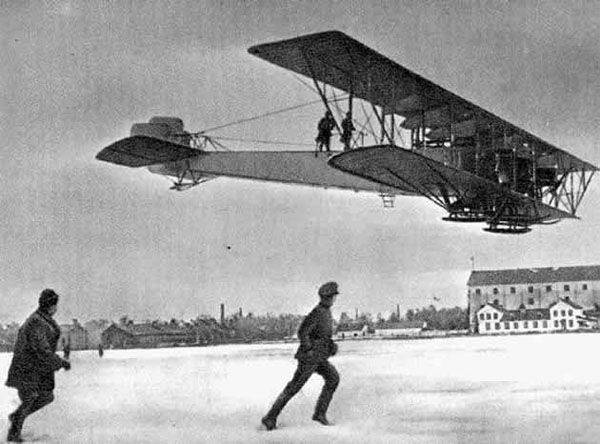 During the December tests of 1913, the “Ilya of Murom” raised to 1 km altitude a load of about 1,1 tons, thereby setting a new world record.
Subsequently, passenger variants of the Sikorsky aircraft began to be produced in Russia. And by the beginning of World War I, 4 Ilya Muromets bombers were handed over to the Imperial Air Force the fleet.

The bombing of Berlin was a real shock for the Nazis, after just a few weeks after the start of the war, the main Nazi propagandist announced that Soviet aviation was completely defeated. In addition, it was known and the loud statement of the commander in chief of the Luftwaffe Goering, who said that "not a single bomb will ever fall on the capital of the Third Reich." Fell ... And not alone ...

When the Soviet long-range bombers of the Baltic Fleet Air Force DB-3, which rose into the air from the island of Ezel (now the Estonian island of Saaremaa), crossed the East German border for the first time, the representatives of the air defense forces could not think that the Russians were flying to bomb them. The planes were taken for their own - “lost” Germans, and in one of the cases with the help of searchlights the Germans decided to help the pilots to land at one of the airfields. For "understandable reasons," the Soviet pilots, who were taken for their own, refused to "help", which, in principle, did not arouse any special suspicions among the German military.

On the night of August 8, the first Soviet aerial bombs rained down on Berlin, which was flooded with lantern light and became an ideal target. Industrial facilities of Hitler’s capital flared up, bomb explosions were noted in the Stettin area. During the first minute the enemy could not get out of shock. When the bombs were already exploding in the capital, the Germans guessed to turn on blackout.

At the final stage of the operation to apply the first airstrike in Berlin, the radio operator Vasily Krotenko went on the air and spoke historical words:
My place is Berlin! The task is completed. We return to the base!

Around the morning at 4, the Baltic Fleet bombers were already landing at their home airfield, having made what seemed impossible at that time. Despite the fact that the blows did not cause any significant damage, the psychological effect of this step was more important. The German newspapers the next day came up with articles that the British Royal Aviation planes struck Berlin, which in London were very surprised. Were even more surprised (and this is putting it mildly) in Germany, when they received confirmation that it was Russian airplanes that attacked Berlin from the air.

From the order of the People's Commissar of Defense of the USSR I.V. Stalin on 8 August 1941:

On the night of 7 on 8 in August, a group of Baltic Fleet planes made a reconnaissance flight to Germany and bombed the city of Berlin. 5 aircraft dropped bombs over the center of Berlin, and the rest on the outskirts of the city. I express my gratitude to the personnel of the aircraft participating in the flight. I enter with a petition to the Presidium of the Supreme Soviet of the USSR to award the distinguished. Give each crew member who participated in the 2 flight thousands of rubles. To continue to establish that each crew member who dropped bombs on Berlin, issue thousands of rubles for 2. An order to announce to the crews of the aircraft that participated in the first bombing of Berlin, and to all personnel of the 81 th Long-Range Aviation Division.

Five days later - August 13 1941, the decree of the Presidium of the Supreme Soviet of the USSR, the first four pilots who bombed the German capital, were awarded the title Hero of the Soviet Union. The heroes were Colonel E.N. Preobrazhensky, captain V.A. Grechishnikov, captain M.N. Plotkin, captain A.Ya.Efremov (navigator of the flagship crew).

7 March 1942 of the year at that time already Major Mikhail (Meer) Nikolayevich Plotkin died, returning after completing his combat mission of setting minefields in Helsinki roadstead. 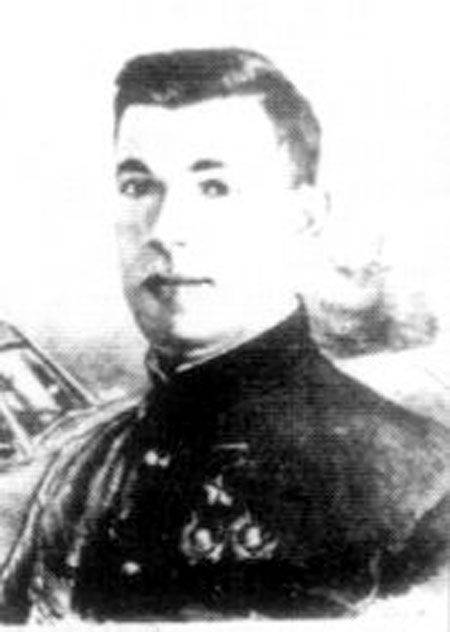 And today, long-range aviation presents special surprises to the "friends" of Russia. For example, long-range and strategic aircraft participate in a counter-terrorist operation, delivering devastating blows to militants' facilities and positions in Syria. The Ministry of Defense presented footage of a massive strike by long-range aircraft (Tu-160, Tu-95MS, Tu-22М3) on ISIS infrastructure facilities:

Today, long-range aviation is not only one of the most serious means of combating terrorist groups sponsored by third countries, it is one of the most important components of nuclear deterrence forces. This is the means of the Supreme Commander-in-Chief of the Armed Forces of the Russian Federation for solving strategic tasks.

Long-range aircraft perform patrols of the air borders of Russia, appear in neutral waters over Northern Europe, off the east and west coast of North America. In 2014, long-range aircraft landed on airfields in Nicaragua and Venezuela. The range of work is truly huge.

“Military Review” congratulates pilots and veterans of long-range aviation on their professional holiday! Let the number of takeoffs always equal to the number of landings!