Media: The Defense Ministry can order a patrol aircraft based on the IL-114

December 22 2015
48
The Ministry of Defense of the Russian Federation is considering the possibility of acquiring IL-114 aircraft for special use, reports MIC with reference to Interfax-AVN. 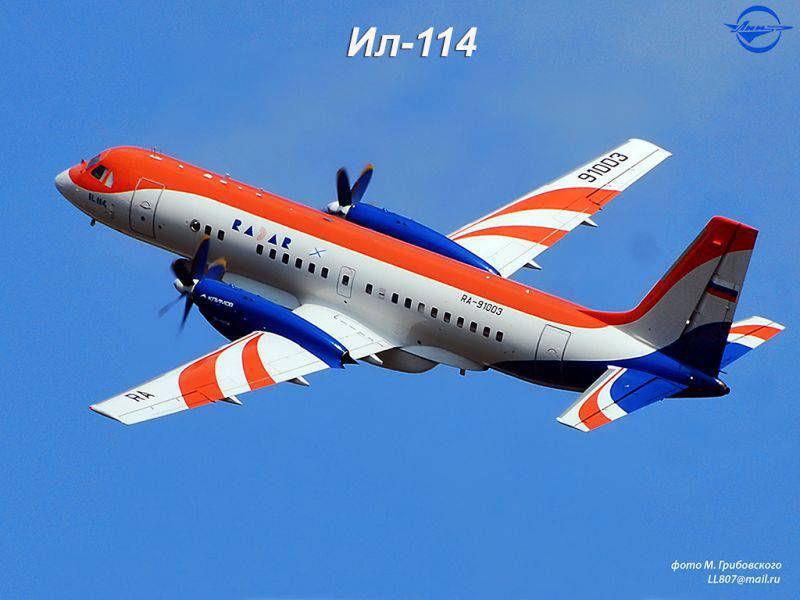 “In the near future, the issue of the first customer of IL-114 aircraft will be resolved - it is possible that this will be the Ministry of Defense,” a defense industry source told the agency.

He recalled that "Aviation the Ilyushin complex previously proactively worked out a variant of a patrol aircraft based on the Il-114. ” The prototype of such a machine was created for the company "Radar-mms".

According to the interlocutor, "it was on this machine that many design solutions for creating a patrol aircraft were worked out."

“Nevertheless, the IL-114LL cannot be considered a fully patrol vehicle, but in many respects it performs the function of a patrol vehicle. “Ilyushin” after issuing a technical assignment of the Ministry of Defense is ready in a short time to create a patrol version based on IL-114-300, ”he said.

The source noted that "IL-114 can be effectively used for patrol purposes, since it has a flight time of at least 11 hours and allows you to install all the necessary equipment on it."