December 22 2015
48
In Genoa, the shipyard of the company "Fincantieri" launched another frigate class FREMM "Luigi Rizzo" (F 595), reports TSAMTO with reference to the press service of the enterprise. 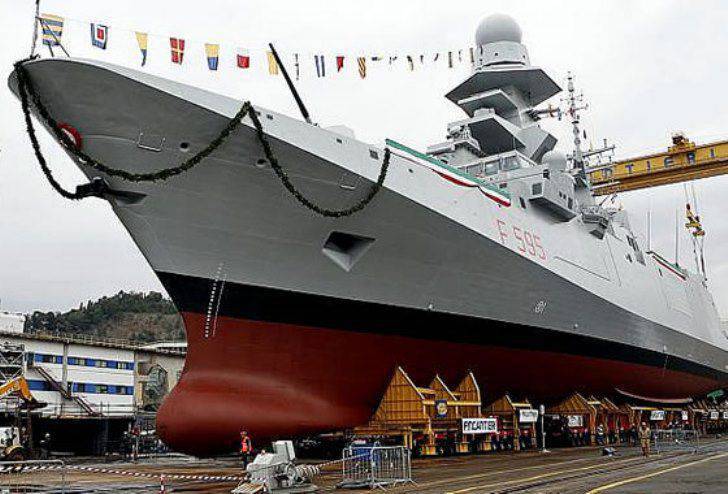 "Luigi Rizzo" is the sixth ship of the series. The keel laying of the ship took place on 6 on September 2013 of the year. After launching, the frigate's additional equipment will continue at the naval shipyard in Muggiano (La Spezia), ”the message reads.