Media: in Turkey are fierce battles of government forces with the PKK formations

December 22 2015
124
The armed forces of Turkey and the police special forces launched an unprecedented operation against the forces of the Kurdistan Workers Party, the blog bmpd with reference to the French resource www.20minutes.fr. 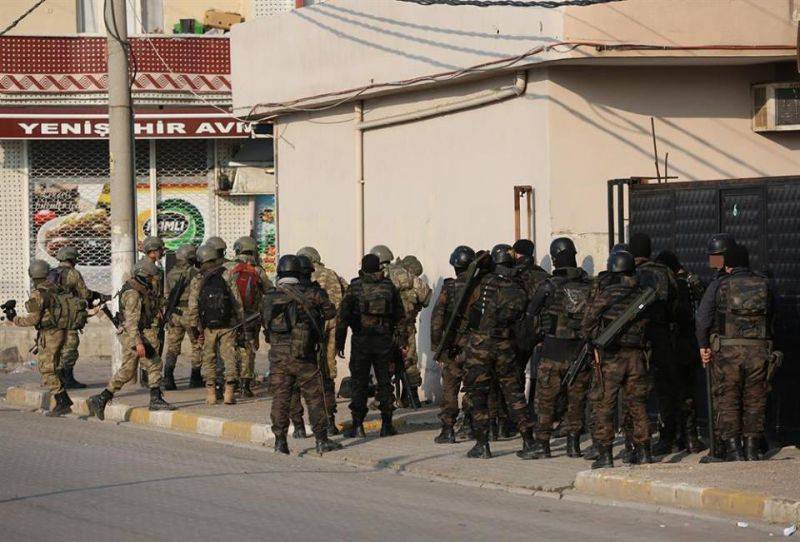 “Over the past five days, more than 100 militants of the PKK, as well as two Turkish soldiers, have been killed,” a source in security agencies told the publication.

According to the resource, “the purpose of the operation, in which more than 10 thousand troops are involved, is to squeeze the PKK formations from cities and towns, with the greatest efforts being directed at two border cities, Jizre and Silopi, located not far from Syria and Iraq.” 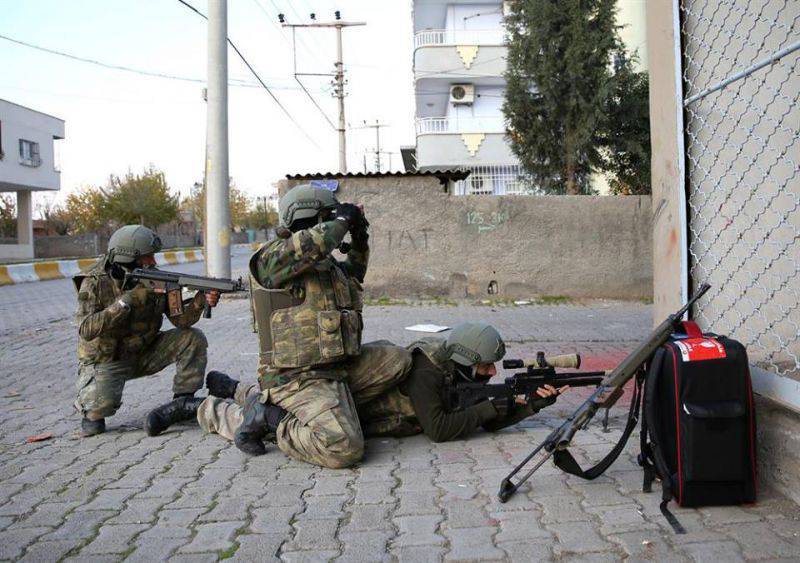 As stated by the Chief of the General Staff of the Turkish Armed Forces, Hulusi Akar, ““ military operations in the region will be carried out with all determination until public order is restored. ” 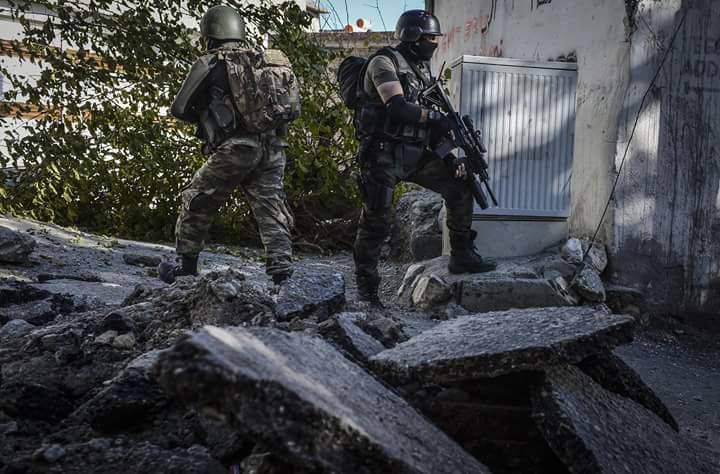 The resource notes that "hostilities between the Turkish army and the PKK were resumed after a nearly two-year truce, and have already caused the outcome of the order of 200 thousands of refugees.

Ctrl Enter
Noticed oshЫbku Highlight text and press. Ctrl + Enter
We are
Turkish Prime Minister announces the end of the "anti-terrorist operation" in the city of Silopi (Shirnak province, Turkey)Tanks and roses. Donetsk lives in a fragile truce
124 comments
Information
Dear reader, to leave comments on the publication, you must to register.