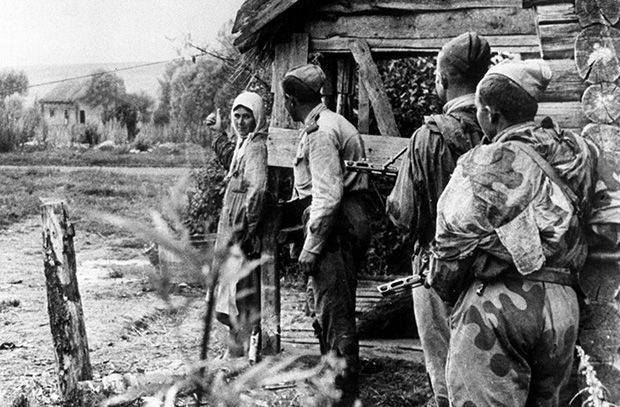 December 20 in Russia celebrate the Day of the employee of the security forces. Lipetsk land became a real forge for foreign front-line intelligence in the early 40s. There were trained about a thousand military intelligence officers and saboteurs. On the territory of the region were based two intelligence centers in Usman and Zadonsk. In Usmani, mainly fighter units were trained. They were intended to combat enemy agents and became the basis for the formation of partisan detachments and sabotage groups. In Zadonsk, a real intelligence school was based. At first, this school was opened near Orel, then due to the occupation of the city, it was transferred to Yelets (Yelets and Zadonsk were included in the Oryol region until 1954), and in the autumn 1941 finally settled in Zadonsk. The press service of the UFSB of Russia in the Lipetsk region and in the Yelets city museum of local lore told the Russian Planet about the exploits of the intelligence heroes.

Officially, the reconnaissance and sabotage school was called the “school of firefighters”. It was believed that it is preparing personnel to extinguish fires. Yes, and placed the scouts in the former fire station, which before the war was based on the territory of St. Tikhon’s monastery. 15-20 days were given for training saboteurs. As the press secretary of the UFSB of Russia for the Lipetsk region, Elena Donetsky, told the RP, Zadonskaya intelligence school was preparing high-class bombers. Picked up there mostly guys with the formation of 8 – 10 classes from nearby towns and villages.

Immediately near the monastery near the river Don was located a testing ground for working out the skills acquired by saboteurs. It produced training explosions and honed the skill of laying explosives.

The training was first held in groups, then a detachment was formed, which carried out the task. Thus, when preparing the defeat of the German garrison, the saboteurs were recommended to: establish links with the local population, find out the number of the garrison, the location of fire weapons, posts, the composition of the garrison, find out what forces are in the nearest garrisons, how quickly they can deploy help, plan a combat operation indicating objects of destruction, capture, evacuation of the wounded and killed, withdrawal, mining.

They threw Zadonsk saboteurs and scouts into the rear both on airplanes and along the "Kirov Corridor". In the Kirov region, at the junction of two German divisions, a corridor two to three kilometers wide was formed, and the Zadonsky scouts passed quietly through the gap across the front line. Getting back was harder. Therefore, often, having completed the assignment, the saboteurs joined the partisan detachments.

- The center operated until the end of 1943. During this time, the 164 group and the squadron and the 94 single scout were trained. Radio operators, demolition men, snipers, reconnaissance officers, deputy commanders of reconnaissance detachments, translators, cryptographers, were trained here for off-the-front work, ”Elena Doneckikh said.

As early as November-December 1941, two reconnaissance teams trained in Zadonsk were transferred across the front line to the Oryol region.

- In addition to collecting information for the first group, the main task was to undermine the bridge at Verkhovye station. The second group needed to study the defensive fortifications of the Germans, to establish the concentration of troops and equipment of the enemy. For intelligence, persistence in a difficult situation in the enemy's rear, the importance of the information obtained, intelligence officers Neznamov and Logachev were awarded the medal "For Courage," said Elena Donetskyh.

One of the scouts who were trained in Zadonsk, became Anna Mirgorodskaya. Before the war, she worked as a tractor driver. She brought up two small children. When she escorted her husband to the front, she turned to the Chekists and declared that she was ready to become a scout. The ability to drive a car, a motorcycle and shoot became decisive. In November, 1941, she became a conduit for the sabotage group. The battle group mined the road Izmalkovo-Krasnozerskoye, destroyed four covered trucks with ammunition and soldiers of the enemy. In the same month, on the Orel-Mtsensk highway, the group blew up five cars with enemy soldiers. Soon, on the same highway with her partner, she blew up three bridges.

In December, 1941, Anna was captured. The Germans had already entered the Yelets, the Mirgorodskaya family was in occupation. In the village of Golubevka, Anna saw the Nazis mock a wounded Soviet officer. Anna threw two grenades into the group of soldiers. Destroy eight Nazis, but betrayed herself. Anne was lucky: during the interrogation, Soviet planes began bombing the village. The Germans fled. The owners of the hut, where the scout was interrogated, hid Anna under the stove. A few days before the start of the Yelets offensive, she sat there. The scout did not manage to get home, she participated in several operations, and more than once was behind the front line. It was only in the spring of 1943 that Anna learned that during the occupation of Yelets, the Germans stabbed her small children with bayonets. Anna Mirgorodskaya was an instructor in the Zadonsk intelligence school and served in intelligence until the end of the war. She was awarded the Order of the Red Banner.

The creation of the intelligence school, which settled near Zadonsk, was attended by a specialist in the subversive business, the “grandfather of Russian special forces” - Colonel Ilya Starinov. He invented the “train” and “car” mines. The operational part of the training and sabotage work was assigned to Dmitry Belyak. Professional intelligence officer George Bryantsev taught intelligence techniques and was in charge of the training unit. Both were more than once with sabotage groups behind the front line, participated in the formation of the partisan movement in the Bryansk region. In December, the 1941 th Zadonsk Intelligence School was headed by 26-year-old Major Nour. For an analytical mind, clarity and corrosiveness of his nicknamed the Analyst. He personally identified and developed three German spies. 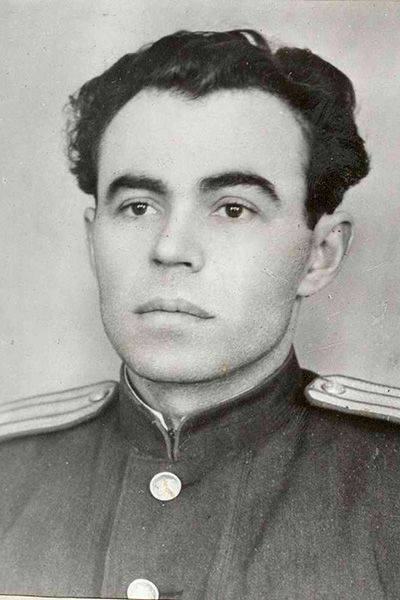 By the beginning of the war, Odessa’s Noor from Odessa had the Kiev School of the General Directorate of State Security in Kiev, where he ended up in the Komsomol voucher. From December 1937, he worked as an operative officer in the Dankov district office of the NKVD.

Since the beginning of the war, Timofey Noura was entrusted with the creation of partisan detachments in the Dankovsky district and the formation of the local underground. After the release of Yelets, he was sent to Gorky for courses of senior operational staff. As stated in the personal file, until July 1, the year 1943 was in reserve. Such a record was made for reasons of secrecy, since all this time Nour was in Zadonsk. Even after the end of the war, his family did not know for a long time that he headed a reconnaissance school.

- Often intelligence information was reported directly to the headquarters of the Bryansk Front, the special and intelligence departments of which were located in Yelets. Therefore, Noor had a rule - always talk with those who returned from a combat mission. He was told not only about the details of the operation. Nowra was interested in the mood of Soviet citizens in the occupied territory, how policemen behave, enemy soldiers, what they pay attention to when checking documents, and much more. He knew how to listen and with his questions directed the conversation in the right direction, ”Elena Doneckikh told.

Ctrl Enter
Noticed oshЫbku Highlight text and press. Ctrl + Enter
We are
Planning of hostilities of partisans of the western regions of the RSFSRSoviet strategic planning on the eve of World War II. Part of 4. Collapse of the Barbarossa, Kantokuen Plan and Directive No. 32
Military Reviewin Yandex News
Military Reviewin Google News
5 comments
Information
Dear reader, to leave comments on the publication, you must sign in.