KBHA: will it be necessary to regret “Proton” again?

December 22 2015
146
After publications about the defense enterprises of Omsk and Kurgan, it was the turn of another plant. More precisely, its component. We are talking about the JSC "Design Bureau of Chemical Automation" (JSC KBHA) - the Russian enterprise of the rocket and space industry, producing engines for launch vehicles "Proton-K", "Proton-M", "Soyuz-2-1", "Angara" . And also for a number of ICBMs that are still in service with the Armed Forces of the Russian Federation. 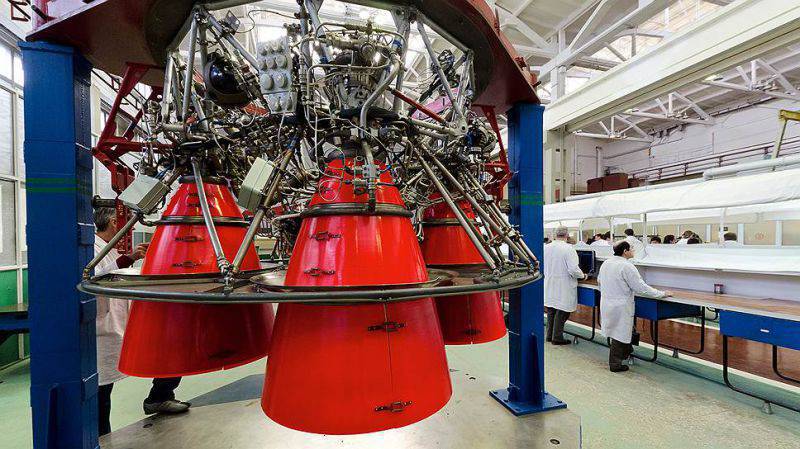 In general, KBXA consists of two parts, or, as they are called by employees of the enterprise, "platforms". The main site is the plant itself. And there is also a test facility (IC), which is located away from the main production for obvious reasons. And here we will talk about the testing ground.

What is a test facility? This is a whole system, a factory in a factory, if you want. The engine arrives on the IR when disassembled. Piecemeal. And each node passes its own tests. Hydraulic, dynamic, climatic and other in accordance with the regulations. Next, the engine passes the assembly, and then fire tests. About these tests usually knows half the city, heard.

After fire tests, the engine is washed (with alcohol!) From residues of heptyl and other pleasures, produces thermal vacuum drying and is sent to the final assembly and fine-tuning back to the main site. And only then to the customer.

I painted it all to emphasize the importance of IC. Tests - one of the most responsible procedures. And on the test complex itself, not everything is smooth and beautiful.

Prior to the starting point (September 2015), about 12,000 2 people worked on the IR. It was from September 000 that a chain of events began to occur, which is of concern. It all started after the next unsuccessful launch of "Proton". Vladimir Sergeevich Rachuk, the head of the enterprise, who ran the plant from 2015 of the year and, in the opinion of veterans of the KBCA, actually saved the plant in 1993, was dismissed.

And, according to the program of rejuvenation of personnel, sounded by Dmitry Rogozin, Alexey Vasilyevich Kamyshev was appointed to the position of director of the ACACA, a man really young for such a position, and, as is customary today, an “effective manager”.

It is surprising that Alexey Vasilievich’s career went as far from production as possible. Judge for yourself.

In 2000 — 2002 held a number of key positions in the field of financial management of large regional enterprises of the Voronezh region. What positions at what enterprises? Data is not publicly available.

In March 2009, Alexey Kamyshev was appointed Deputy General Director - Financial Director of CenterTelecom OJSC. And in 2011 - the director.

And in October, 2015, Mr. Kamyshev became Executive Director of KBXA. Is it worth it to congratulate the team, it is not clear. On the one hand, a director at an enterprise of such a plan is more of a financier and business executive.

There are also positive news. In the same October, Viktor Dmitrievich Gorokhov, the leading specialist, "man-rocket engine", father of RD-0124 and the largest specialist in rocket engines in the world today, was appointed to the position of general designer of KBKhA. The plant can and should be congratulated on this appointment.

But there is a real fear: will anyone implement the designs and projects of Gorokhov?

Next year, the KBKhA really risks being left without a test facility. More precisely, the complex is still in place, but the experts ...

In a conversation with several employees of different departments of IC, I learned that over the past year the average salary in the plant was 30 thousand rubles. In 2015 - 21 is a thousand. What is the "average salary", I think, no need to explain. It is difficult to say which figure is in the director’s statement, you know, this is a mystery, but I can tell you for the engineer of IC. Listing seen. From 15 to 18 thousands. And this, I note, an engineer. Just an employee who connects the hoses, wires, gets even less. But I spoke with the engineers, so I’ll leave the laborers aside.

The engineer who tests the booster units and makes a conclusion about their suitability for 18 thousands. Do we want Protons to not fall?

It’s not even the case that people have no conscience and desire to do their job. And there is a conscience, and a desire to eat. But you also need to live. I understand why each of my interlocutors had a second job. One in the shopping center, almost in the specialty (well settled, as colleagues said), the second "bombed" in a private taxi on his car, the third ... the third carries prostitutes at night. And gets in 3 times more than in the factory. And he really thinks that it is necessary (as long as children in high schools are learning) to make this disgraceful but profitable way of earning the main thing in an amicable way.

But after the night shift, each of them returns to his workplace. It is still coming back.

"Previously, there were awards for the successful implementation of the plan. 0,8 from salary. Now everything, there are no bonuses, and they said they would not. There is no money. Until recently, they saved processing. Here it is: we can sensibly test one node in a day. when you need two. It’s unrealistic on a working day, we’re still working according to the regulations. So, we have to stay. Or we’ve left on weekends. Now we’ve said that everything is complete with rework. And how do you live? ”

"Effective Managers" in the management came up with a masterpiece way to save money. Two shifts. As in the old days, when the plant worked. If a person goes in shifts, then there is no talk about any additional payment for processing. But the question arises, where to get specialists for one more shift?

Exit found the original, but bordering on idiocy. In the departments where there are no tests at a specific moment (this happens regularly), people are asked to either take leave without pay, or ... go to another department. Temporarily. They get trained by specialists so that they can perform tests at the time of the “work block”.

"Here I work for 15. Semenych comes to me, and stands, looks at me, but for my 18. I worked, left. And he means in the second shift he starts to do something like my work. And in the morning I come , and I am starting to check everything again, because from it the same hydraulics as the gunman from me. And I need it? They kind of saved and didn’t get the person kicked out. But I’ll run out of this madhouse sooner or later. when I test the knot from the beginning to the end, I later put my signature for what I have experienced. And it will not sign for me. And I for neg . Madhouse is shorter and nonsense ... "

But most importantly, if my interlocutor really spits and goes to the side, what's next? And then there will be fire tests in the department of Semyonitch. And Semyonitch will test the engine. Who will then experience hydraulics in any of the shifts?

I will not even stutter about the quality of the tests with such a replacement. For such a rotation, even for the idea itself, it is necessary to beat the whip and refer to the East. Concrete worker.

The new leadership vows to raise the average salary in the plant right up to 31 thousand rubles. Due to layoffs. It is understandable that they will dismiss not assistants to deputy finance directors. Although every deputy director has an 2-3 assistant. "Effective managers" can not be reduced. They are the mind and heart of the plant.

That's just who they will manage in six months is completely incomprehensible.

They are going to dismiss repairmen, builders, operators. Those who maintain their penny salaries in working condition of buildings built at the end of 50's. Indeed, why keep them? The glass in the roof of the workshop will fly out so that it doesn’t drip onto the head, the workers will not fall apart, they will be tightened with polyethylene. And the pipes will be welded. And the taps will change. And the snow will be cleaned. They are workers, so let them work.

Providers, of course, will also be removed. Why are they? All that you need, order, we will bring to you. Do not bring the Lord, I spend extra IR penny without coordination. And the fact that you can carry God knows how many applications submitted - nothing. Nothing, that in the last 3 of the year, none of the ordered stand devices were replaced instead of the ones that failed. Nothing. Work after all. And with the devices and a fool can.

There is such information on one of the pages of the KBXA official website.
(http://www.kbkha.ru/?p=131).

- reconstruction of existing buildings and structures on the site of the ZRD;

construction of new buildings and structures at the sites ZRD and IK.

Work on the reconstruction and technical re-equipment of the bench-testing and production base and pilot production will allow:

- to increase the level of automation and mechanization of production;

- to increase labor productivity, quality and reliability of products;

- shorten the production cycle and reduce the cost of production.

This is a list of what has not been done, with regard to IC. NOT reconstructed, NOT re-armed, NOT upgraded. Nothing is done.

KBKHA is a respected (still) enterprise in the city. WITH history. Glorious history. "East", "Sunrise", "Energy". But what will happen if cool specialists brought to the extreme are gone? Who will eventually build engines for rockets and who will experience them? Youth is no longer lure. What young specialist will go to such a salary? Actually, they go, but not for long. So that was something to push off. And few. For an amount greater than 15-18 thousand, you can safely work with less responsibility than in the KBXA.

He is still thinking. What can I say?

We have many beautiful words about the revival of the military-industrial complex. About increasing attention, about creating decent conditions. But, unfortunately, very often the words do not carry things.

Satellites continue to go out of orbit, and we regret it. Launch vehicles do not perform their functions. We are indignant about this. The government takes certain steps, dismisses some and appoints others. "Effective Managers". Young, and perhaps well understood in the management.

Here they would understand how a RD test engineer can work for his salary. How can he live on it. But from the height of their salaries - is unlikely.

And the "Protons" will fall further, apparently.

Ctrl Enter
Noticed oshЫbku Highlight text and press. Ctrl + Enter
We are
What are we going to fly through 5 in years? In the footsteps of publication"Angara" did not fly: the launch was postponed indefinitely
146 comments
Information
Dear reader, to leave comments on the publication, you must to register.