Russian Defense Ministry strengthened Russian base in Armenia by helicopters 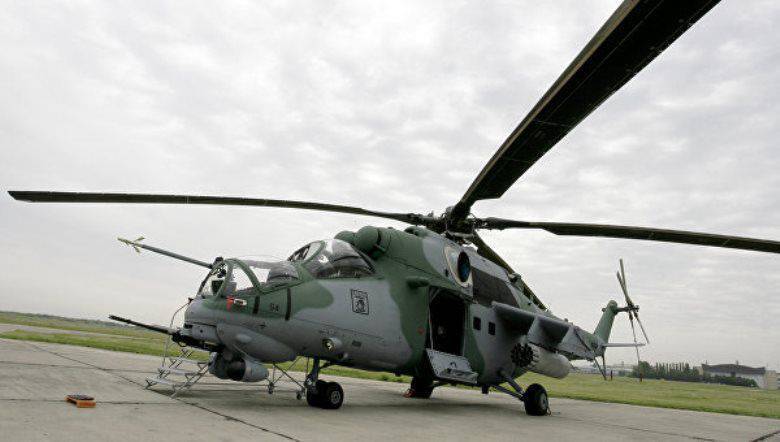 “Six units of modern (combat attack Mi-24P and transport Mi-8MT) army helicopters aviation delivered from a military airfield in the Krasnodar Territory. Thus, a squadron of army aviation helicopters was formed in the Russian connection in the Transcaucasus, and aircraft are being assembled, ”the release said.

“After commissioning, the assembled helicopters will be sanctified by sprinkling holy water,” the press service said. “Flights on these machines will begin in the first quarter of 2016 of the year.”

It is noted that “until the completion of the construction of regular landing sites, parking areas and service facilities, the helicopters will be located at temporary adapted parking areas of a military airfield.”

Help press service Southern Military District: “The Russian air base stationed at the Erebuni airfield in Yerevan was formed in 1995 year. In November, 1998, multi-purpose MiG-29 fighters were transferred here from Russia. In July, an air force was formed from military units stationed in Erebuni, which became the air component of the Russian military base stationed in Gyumri. ”