About this movie in Hollywood will not be removed 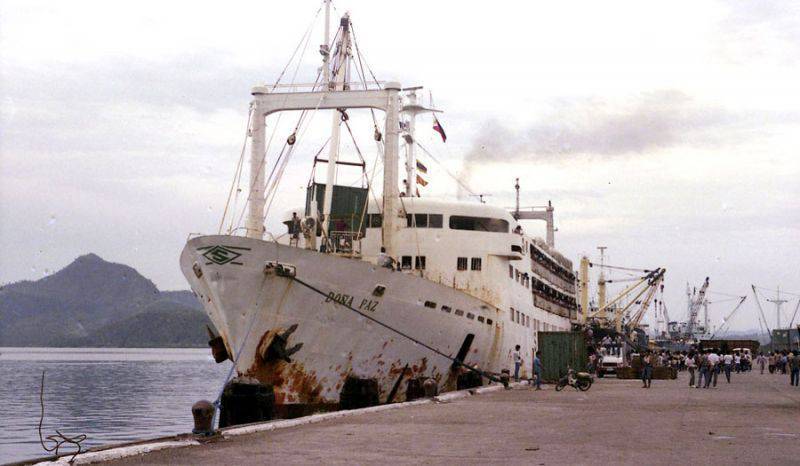 28 years ago, 20 December 1987, the largest occurred in stories sea ​​disaster, almost three times surpassed in the number of victims insanely rastiarenny Cameron "Titanic." The Philippine passenger-and-freight ferry Donna Paz, which made a regular flight from Manila to Tacloban, collided with a Vector tanker carrying more than 1000 cubic meters of gasoline.

During the collision, gasoline vapors exploded, tearing up the tanks and causing a powerful fire on the tanker, which immediately spread to the ferry. In addition, hundreds of tons of burning fuel spilled into the sea, spilling several hectares around ships in distress. The passengers and crew of the Donji Paz have only one choice left - to burn alive in cabins and on decks or in burning water. It is terrible to even imagine what was happening on the ship at that moment. “Doña Paz” sank after one and a half or two hours after the collision, and after another half an hour the completely burnt “Vector” went to the bottom.

For an unexplained reason, none of the ships gave an SOS signal. Probably, the radio stations failed due to the impact and explosion, or they had not worked before. Therefore, on the shore, we learned about what happened only after eight hours, and only then did the rescue operation begin. It was possible to save the 24 passengers of the ferry that had suffered serious burns, and its crew died in full force. Of the 13 members of the Vector team, two were saved. In the water, 108 found bodies that were burnt and eaten by sharks, of which only 20 was recognized.

The ferry owner, Sulpisio Lines, initially stated that its crew was 58 people, and, according to the tickets sold, there were 1585 passengers on board. However, the investigation revealed. that the ferry at the time of the disaster was a lot of people who bought the "left" tickets, or no tickets at all, and that their number was several times higher than the number of "official" passengers.

The investigation took more than 10 years and eventually found out that the ship, designed to carry all 1518 passengers, took on the 4341 man! According to the survivors, all interior spaces, including cargo holds, were clogged with people. For the absolute majority of them there were no means of salvation on the ship, however, they would hardly have helped in this situation. Thus, minus the few survivors, the total number of victims of the disaster was 4386 people.

The main reason for the tragedy was the devil-may-care attitude of the teams of both courts to their duties. No one followed the course on Vektor or Donier Paz, there were no navigational instruments, and Vektor did not have a license for shipping by sea and actually sailed illegally. Just before the collision, there was only one person on the captain’s bridge of the ferry, who did not know what he was doing, the other officers sat in the cabin, watched TV and drank beer. And after they were stricken, they were panicked, no action was taken to extinguish the fire and fight for the survivability of the vessel.

Philippine President Corazon Aquino declared the incident a national tragedy, the country was embroiled in mourning, but measures to restore order in maritime transport, if taken, did not produce results. After the Don Paz incident, the ferry crashes took place in the Philippines many more times. The most “fresh” of them happened less than six months ago, when the overturning of the overloaded ferry "Kim Nirvana" led to the death of 62 people.

On the screen saver - the ill-fated "Donja Paz" in the port of Tacloban three years before the disaster. Apparently, even then her condition was far from brilliant. 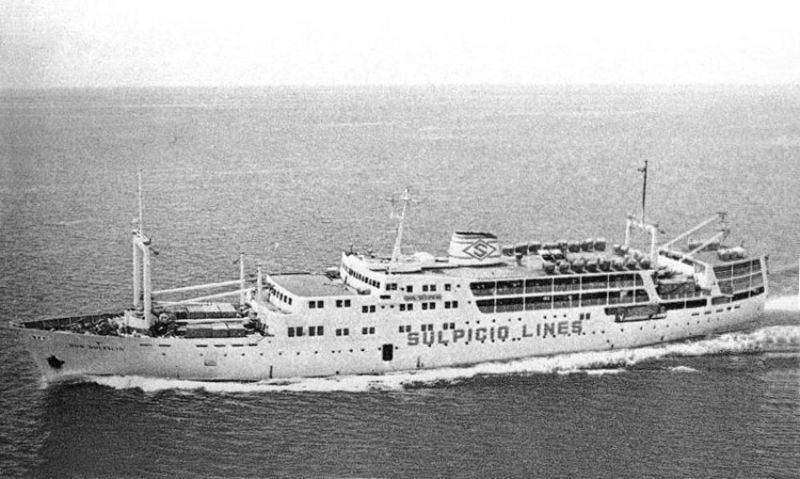 "Doña Paz" in 1980, then this ship built in Japan was called "Don Sulpisio". On board the name of the shipowner is written in large letters. 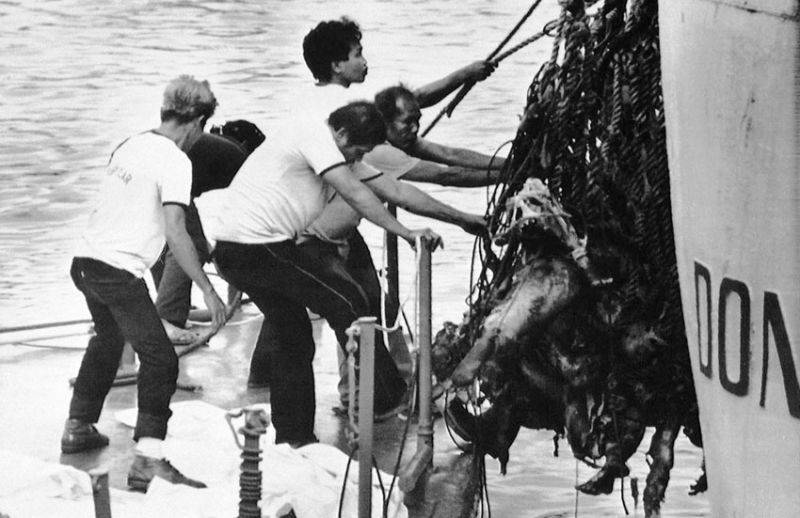 Networks were used to collect and retrieve the remains of victims of the disaster from the water. 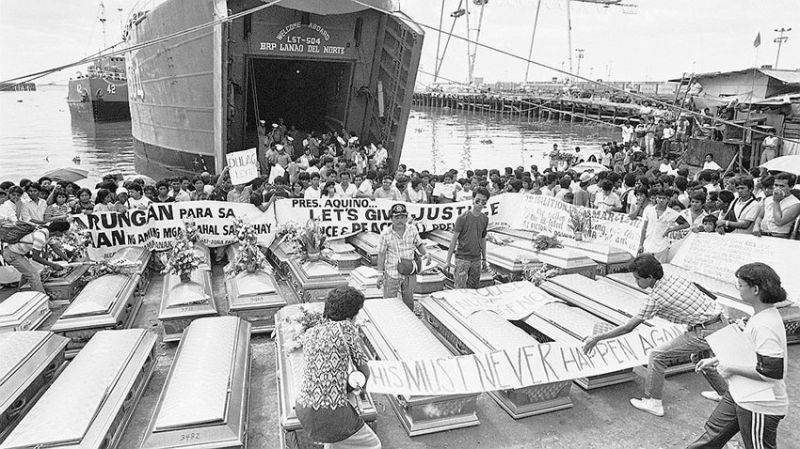 Unloading in the port of the coffins of the dead on the "Donja Paz".

Ctrl Enter
Noticed oshЫbku Highlight text and press. Ctrl + Enter
We are
From the history of own names of aircraft of Russia, 1885-1917 years"Titanics" of the Second World War
42 comments
Information
Dear reader, to leave comments on the publication, you must to register.