Prospects for the "sea blockade" of the Crimea

December 22 2015
97
One of the leaders of the Crimean Tatar Majlis and organizer of the food and energy blockades of the peninsula Lenur Islyamov told 112 Ukraine that actions to block the Kerch Strait will begin at the end of 2015-th and the beginning of 2016. The following was literally announced: “I cannot voice you the details, I just want to tell you that we are preparing for it with all the forces and means that we have. The immediate future is the end of this year or the beginning of the next. ” If this is not an empty air shake, then it would be extremely interesting to see how technically such a blockade would be organized. It’s one thing to sabotage Ukraine’s territory under the direct protection of local authorities, and another to act directly on Russian soil or in neutral waters. 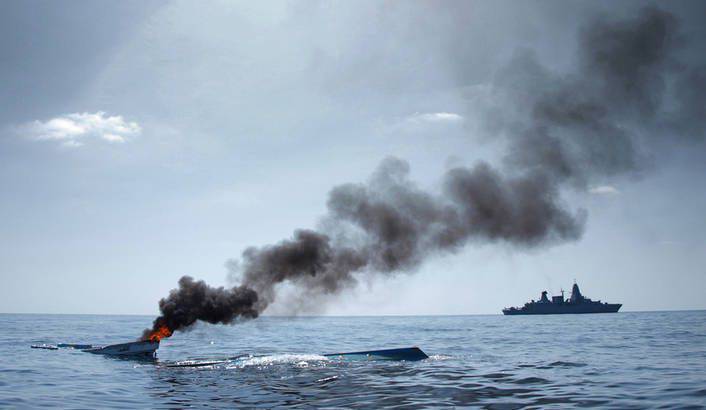 It is unlikely, of course, that the fighters of the Majlis will decide to block the buildings of the Kerch crossing on land, whether in Taman or directly in Kerch, not to mention the seizure of strategic facilities. The reaction of the authorities of the Crimea or the Krasnodar Territory to such actions is not difficult to predict, and the “blockade” has every chance of ending without beginning.

The possible idea of ​​blocking the ferry directly in the strait with the help of a large number of boats with Majlis people looks just as ridiculous. The coast guard of Russia will not need much time to restore order even without using weapons. In the event that the militants decide on an armed attack of the ferry or ferry ports, the algorithm to counter them becomes even simpler, as well as the corresponding sections of the Criminal Code, namely the articles 281, 205 and 279.

In principle, the definition of a terrorist act is also suitable for undermining power lines in the Kherson region. The danger of the death of a large number of people and actions that terrify the population are present. Even the blockade of one or several regions of the Russian Federation by an organized group is a very serious crime, but if a foreign country is involved in what is happening, then we have an obvious act of aggression, which will have to be answered by the Ministry of Defense of the Russian Federation.

In general, Kiev itself pushes for such actions, not only pandering to the militants of the Majlis, but also announcing the trade (commodity) blockade at the official level. That is, what used to be presented as a purely public beginning, although the official authorities in the Square have never concealed their support of the “protesters”, it is now becoming a state matter. With all that it implies.

In the event that the Poroshenko regime did decide on a large escalation, the emergence in the Kerch Strait and the Navy cannot be ruled out. Yes, the remnants of Ukrainian fleet now it’s hardly likely that he will even find a funny flotilla, and at the first attempt to use a weapon he will ingloriously die, but he will be able to do some troubles to do this. After all, what does a couple of hundreds of sailors and a dozen hopelessly outdated ships mean for the ruling Ukrainian elite in life? The value of political exhaust from such a "fleet of one battle", and even on a global scale, will be great - you can ask for new loans to restore the sovereign ocean power.

True, it is worth noting that the true plans of the Majlis may be completely different than those announced by Islyamov. And the Kerch Strait would be nothing to do with it. We are talking about gas pipelines that supply the peninsula from the fields of the Black and Azov seas. Undermining any of them will be a big problem for the peninsula. After all, gas is not only light and heat in apartments, but also electricity. For example, it operates mobile GTES, hastily redeployed to the Crimea after the Sochi Olympics. 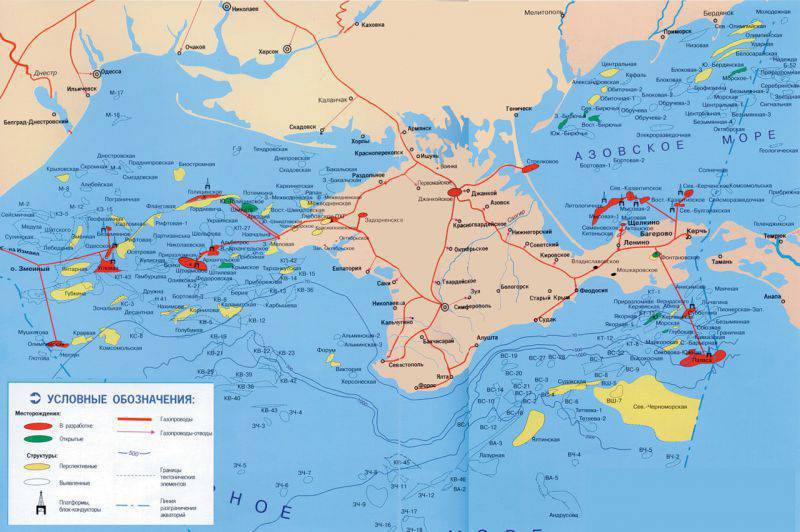 Of course, the organization of such a diversion is an order of magnitude greater than the technological capabilities of not only the Majlis, but also of Kiev, and, apparently, it was decided to look for an ally on the side. The recent (December 18) visit of Mustafa Dzhemilev to Turkey comes to mind, where he met with the president of this country Recep Tayyip Erdogan.

The only real scenario that “patriots” from the Majlis and the Right Sector may try to realize is the undermining of the gas pipeline or even the portals of the Kerch ferry. Such a step, subject to its implementation, will put the Russian military in front of the need to destroy any Ukrainian ship or ship, as a potential terrorist.

More importantly another. Starting somewhere in September, in Kiev politics there was a transition from the Donbass to the Crimean agenda. First, a food blockade was launched - a kind of test balloon that investigated the reaction of Moscow. Then, when there was no reaction, a much more serious energy blockade began. Already here, Russia had all the rights to use force against saboteurs, which left two million of its citizens without electricity. Now we are being challenged, and this will continue for as long as the pro-American regime exists in Kiev.

Ukraine can quickly create a full-fledged fleet for a real sea blockade in only one way - by mass purchase of ships abroad. By the way, in developed countries there is a sale now, and it may even be sold to Kiev with a small discount, but real money is also needed. According to the most modest estimates, about $ 10 billion. The own Ukrainian shipbuilding has been crushed to such an extent that its top is the armored boat of the 58150 project from the factory, which, by sheer chance, belongs to Petro Poroshenko. If in Nikolaev someday and they bring the long-suffering corvette of the 58250 project, then only the body will be Ukrainian in it.

The key factor is time. Even if Kiev magically has billions on the purchase of foreign warships, it will take about a year, or even two, to complete the procedure from the moment a contract is concluded to the transfer of a corvette or frigate. Two years for such an unstable regime is a lot. Anything can happen. Not to mention the fact that the seafarers have to master the technique, and this also takes time.

The Ukrainian leadership perfectly understands all these moments, so no mass purchases of ships should be expected. Well, except that the gift will be ...

Ctrl Enter
Noticed oshЫbku Highlight text and press. Ctrl + Enter
We are
Energy blockade of the Crimea. Great damage to the economy and an attempt to genocide the populationStrangulation: the context, conduct and consequences of the American naval blockade of China
Military Reviewin Yandex News
Military Reviewin Google News
97 comments
Information
Dear reader, to leave comments on the publication, you must to register.