December 21 2015
103
According to Senator John McCain, the visit of US Secretary of State John Kerry to Moscow in the end turned out to be nothing more than complicity with Vladimir Putin, reports Ридус With reference to the Fox News channel. 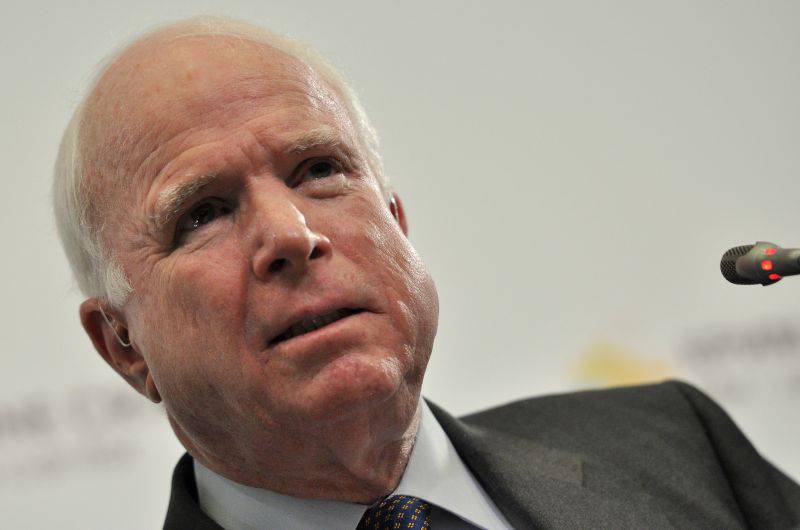 Commenting on Kerry’s recent visit to Moscow, McCain accused the Obama administration of being too good to the Russian president.

“This is complicity with Vladimir Putin, whom I haven’t seen any analogues under,” said the senator.

“These are the most wonderful comments from the Secretary of State that I have heard in my life: now we don’t have to get rid of Assad, everything is in order with the Russians, we will get along with Vladimir Putin,” he said sarcastically.

McCain also expressed dissatisfaction with Obama's foreign policy aimed at combating terrorism. “The president has no strategy to fight terrorists. He has no clue about it at all, ”said the politician.

In addition, he spoke out against the new military budget, which allocated money for the purchase of Russian rocket engines. Now "Putin will receive tens of millions of dollars," - said the senator.

Earlier, he offered Obama in retaliation to Moscow to strike at the strategically important objects of Syria. “If Russia continues the attacks on the opposition supported by us, we must raise the price of Russian interests, for example, by attacking objects significant for the Syrian regime,” McCain said.

Ctrl Enter
Noticed oshЫbku Highlight text and press. Ctrl + Enter
We are
Results of the week. “If I am leaning against a warm wall in a quiet place, then I’m still nothing at all!”
Military Reviewin Yandex News
Military Reviewin Google News
103 comments
Information
Dear reader, to leave comments on the publication, you must to register.